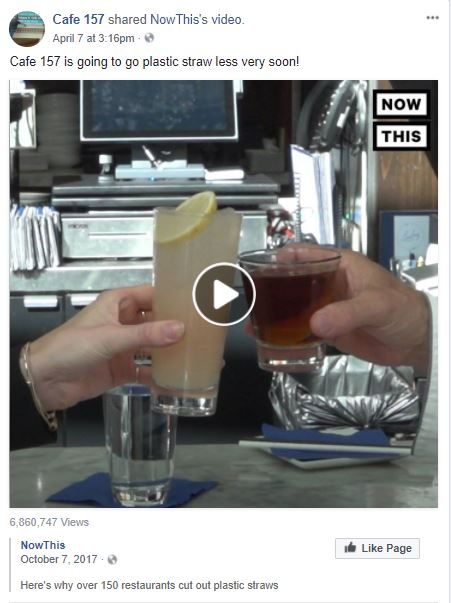 Question: But what about when I’m driving?
Answer: You should be driving.

This is something other establishments should get behind, although I’ll never be able to forget the three criticisms that greeted NABC’s million-dollar investment downtown at Bank Street Brewhouse in 2009:

It’s like this whole notion of “resistance.” Donald Trump is the by-product of a broken economic system, and as consumers, we buttress the system each and every day. To resist, we’ll need to give something up — to take something away from economic elites and capital accumulation.

Like plastic soda straws? Could be. It’s an environmental issue, but also good practice in bringing principled weight to bear.

Tell you what. I’ll be drinking adult beverages straight from the glass — can you wake me when the “resistance” gets serious?

A Citywide Takeover by Lonely Whale

The first campaign of its kind, Strawless In Seattle supports Strawless Ocean’s global initiative to remove 500 million plastic straws from the U.S. waste stream in 2017.