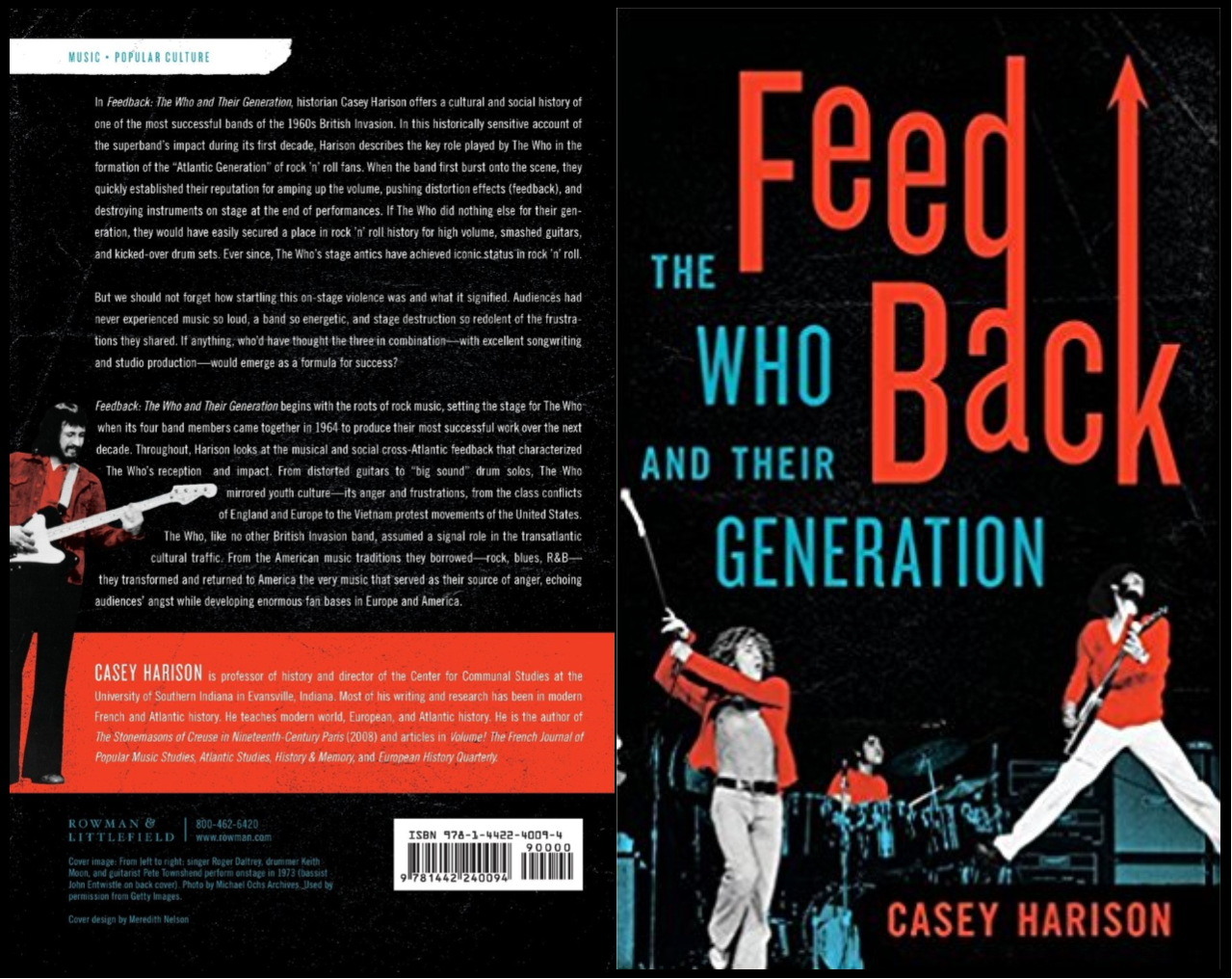 Perhaps I should pay closer attention. I was neither aware of this book, nor that the author is booked for a gig at the Carnegie Center this Saturday.

It crushes my soul to write these words: in 2018, it will be 40 years since Keith Moon died. It’s almost as hard to imagine a 70-year-old Moon as it is a Miller Lite that actually tastes great. We’ve been without John Entwistle since 2002, but Roger Daltrey has a solo album coming out soon. Pete Townshend remains the one musician of his era who I’d join for a pint in the pub if given the chance.

I’m going to try and make this one.

JOIN TOGETHER: THE WHO & THE SIXTIES

Casey Harison will depict the social impact of the British rock band on the youth culture in his presentation. Registration is requested and can be easily done by calling 812.944.7336 or emailing Delesha Thomas at dthomas@carnegiecenter.org. The presentation will take place in the Jane Barth Anderson Meeting Room.

The Who were one of the most successful bands of the 1960s British Invasion. They set themselves apart from other bands by their smart and timely songs, loudness, and habit of destroying instruments at the end of their performances. If The Who had done nothing else, they would have secured a place in rock ‘n roll history for high volume, smashed guitars and kicked-over drum kits. But The Who also played a role in the American and British counterculture movement of the late 1960s. This presentation reviews the encounter between the band and the counterculture generation from the ‘Summer of Love’ in 1967, through Woodstock, the album ‘Tommy’ and the failed ‘Lifehouse’ project of the early 1970s.

Casey Harison has been a Professor of History at the University of Southern Indiana since 1992, and in 2011 was appointed director of the USI Center for Communal Studies. His research mostly revolves around Modern French and Atlantic history and teaches on several specialized courses such as the French Revolution and Napoleon, European Revolutions, History and Film and the Holocaust. His focus on The Who and their effects on the Counterculture led to the publication of his book, “Feedback: The Who and Their Generation.” Other notable accomplishments include the publication of a second book, “The Stonemasons of Creuse in Nineteenth-Century Paris,” two books as an editor or co-editor, and a number of articles that made appearances in journals like “French Historical Studies,” “Journal of Social History,” “Atlantic Studies,” and more.