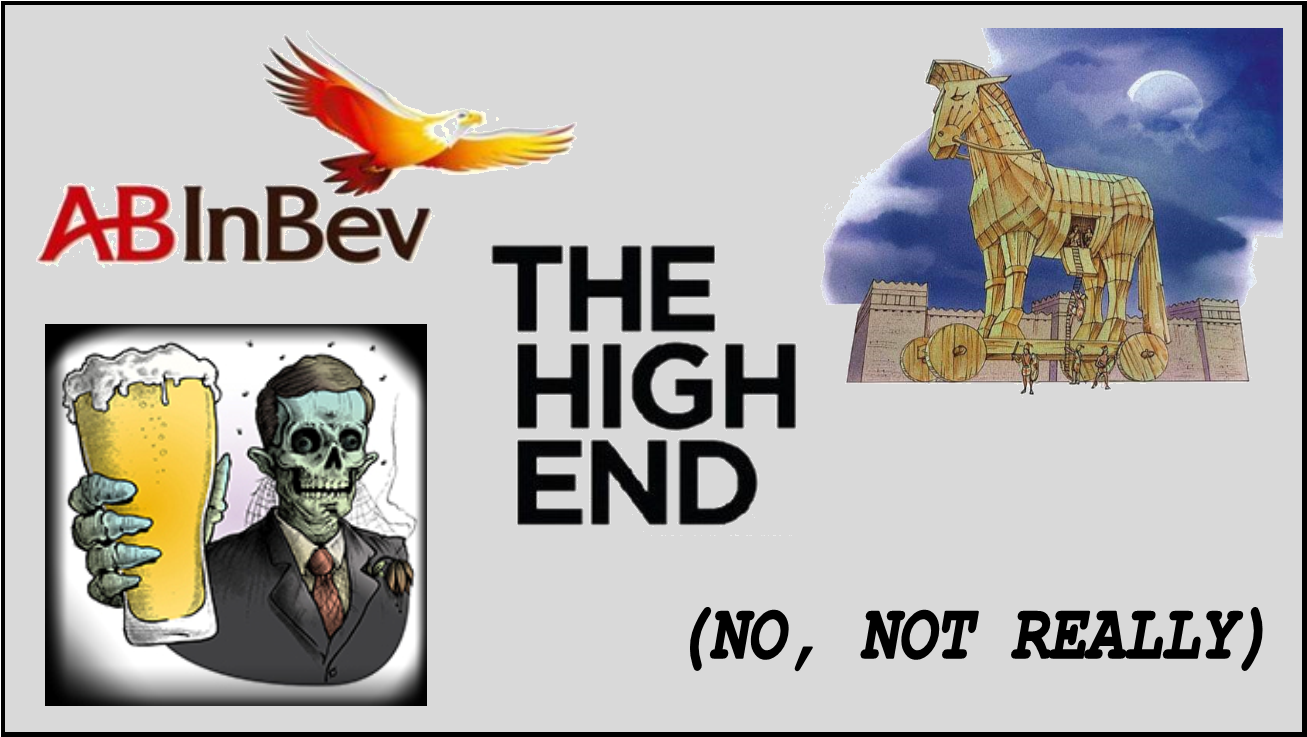 “There is one old saw that the ‘owners’ of these former craft breweries should take to heart and if any of you have never heard it, allow me … ‘You Made Your Bed, Now Lie In It.’ “

Ladies and gentleman, give it up for Steve Foolbody (The Pour Fool).

It’s the best summary yet offered, as truthfully attesting to the phenomenon of Trojan Zombie Afterlife Breweries and their former owners. Here’s a relevant non-brewing history lesson.

It’s too bad the word Quisling has gone out of fashion, isn’t it?

Open Letter to The Bud Sell-Outs: Cowboy Up, Whiners

…and the first craft brewery to sell out to AB, Goose Island Brewing of Chicago, is now, literally and practically, Anheuser Busch Brewing Company of Chicago, Illinois.

This is not hyperbole or any attempt to insult all these breweries and their present staffs or anyone except their former owners…I’ll get around to them in a few minutes. What this is IS an attempt to introduce some honesty into this ongoing discussion. These companies may have retained the original owners as figureheads – hood ornaments, as I have come to think of them – but they are, in fact and legally, owned by Anheuser Busch and its parent company, AB/InBev, based in Leuven. Belgium and in Brazil. They may have the same signage and you probably will never see any banners around that say, “A Wholly-Owned Subsidiary of AB/InBev”, but that’s just because AB knows now and has known for at least the past 25 years that MOST of us who have been involved in the Craft Beer Boom see them as the minions of Satan, if not actually Satan himself. Their 120 years history of corporate thuggery and ruthless suppression of the entire American beer industry was what drove me to hate them but then they also set themselves up as a blatant and committed adversary to the entire Indie/Craft culture, speaking and acting as if our decision to drink something else was either just youthful folly or an organized attempt to usurp what they see as their Divine Right to dominate All Things Beer in America. They endlessly ridicule small, independent American brewers as “amateurs” and the beers as “bitter and stale”, ridiculing the idea that creative brewing is a worthy idea, with smarmy, self-congratulatory ads like their notorious Super Bowl TV spot, in which they singled out – as the sign of effete craft pretension – a “Peach Pumpkin Ale”…which a brewery they had acquired about sixty days earlier, the aforementioned “Ely**an”, has just produced a month before. These are the people who declared open war on craft brewing, while saying, out of the other side of their mouths, they see themselves as “a friend to brewers everywhere”.

Many of the owners of those craft breweries who bent over and greased up for AB had, themselves, made loud and brash statements about the evils of AB.

All of these people are different personalities and make different beers. But one thing about them has become suspiciously and almost eerily identical: suddenly, as though by magic, selling a brewery to the avowed enemy of the culture that built their own businesses…was okay. Just like that; many of them literally the same day that they signed the papers. It may be a little Alex “Douchebag” Jones-y of me to suggest it but it’s…it’s almost like Anheuser Busch’s marketing department produced a list of talking points for their newly discredited hood ornaments to use in speaking about their Whore-Out Moment and told them to just keep on repeating that and For God’s Sake, STAY ON MESSAGE!

“This will help us grow and make Better Beer!”

“This will make it easier for you to get our products!”

“This will mean that our brewers can be even more creative!”

“This doesn’t mean, anything, really!”

“We expect a great partnership* with AB/InBev and they’re just here to advise us and make us more efficient!”

And my own favorite…

I have personally watched people parrot that last nugget twice, in person, and saw actual spittle flying from their mouths. That’s the Hail Mary of these empty phrases; the fall-back exclamation when it appears that your bullshit is not selling. “Nothing has changed! Really. We’re just the same company you’ve known and trusted (translation: “handed over your money to”), all this time!”