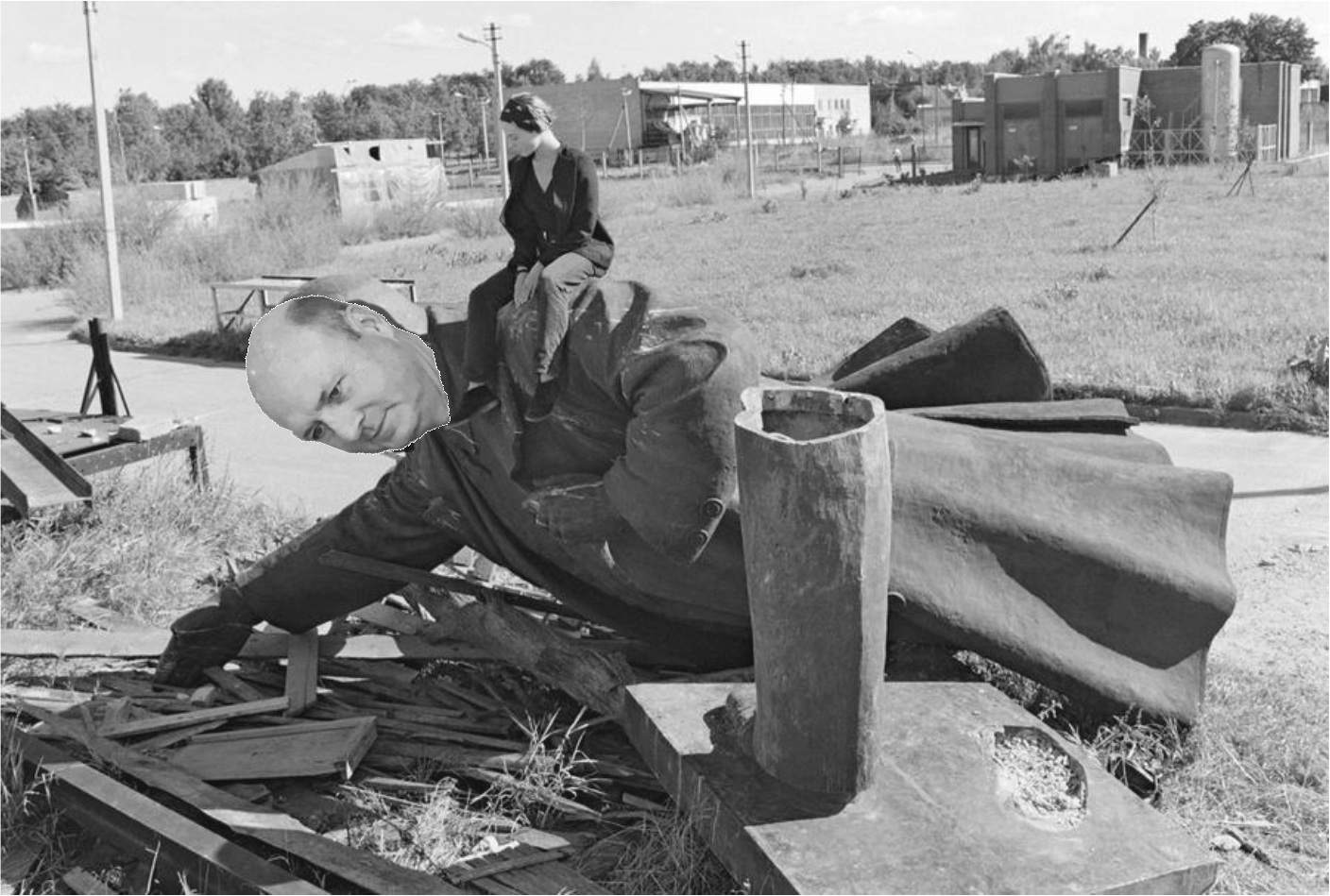 As we know, it isn’t about street names alone. The recent trials and tribulations of Confederate statuary in Louisville are well documented.

Now defaced twice, the John B. Castleman statue, which for many represents the worst of Jim Crow America’s whitewashing, has been removed and replaced by a statute of the Double Greatest punching a member of the KKK in the dick.

As for Berlin, you’re sentenced to the personal chronology.

Lenin’s head finally is located, and will be displayed in Berlin.

The story of the toppled 60-foot tall statue of Vladimir Ilyich Lenin that formerly stood in East Berlin where the Volkspark Friedrichshain (extant) faced Leninplatz (defunct) is such a central part of my personal travel mythology that I’ve long since abandoned any effort to be rational about it.

Lenin’s statue came down, but Karl-Mark-Allee remains. As CityLab’s reporter notes (below), Berlin has purged itself of reminders as they pertain to Communism and Fascism, but not pre-WWI Marxism.

In New Albany, we have a few heroic amphitheater plaques, but no sculptural paeans to ward-heelers past — at least not yet. Ill-advised anchors proliferate like toxic weeds, and they serve the same purpose as a red star; someday we’ll be compelled to scrub them clean, while remaining vigilant to the DemoDisneyDixiecratic Party’s future plan to name a roundabout after Herr Duggins.

Back in Berlin, there’s this little matter of a colonial legacy most have forgotten.

Berlin Contends With Street Names of a Brutal, Overlooked Past, by Feargus O’Sullivan (CityLab)

… Germany’s grim colonial record was characterized by incredible levels of cruelty, exploitation, and violence. Under German rule in what is now Namibia, for example, the country’s forces pursued a campaign of wholesale land grabs, enslavement, forced labor, and rape. Facing organized resistance from indigenous people, the Germans quashed opposition by pursuing genocide against the region’s Herero and Namaqua people. Between 1904 and 1907, the Germans intentionally confined their opponents within a waterless desert, launching attacks on them during which, according to official orders, women and children were not spared.

Many thousands more died of disease, starvation, and violence in concentration camps, where mortality rates reached as high as 74 percent. This created an overall death toll of between 34,000 and 110,000 deaths, and a system of murder that—with its concentration camps and medical experiments on prisoners—clearly foreshadowed the Holocaust.

Three people involved in this process are still commemorated in Berlin’s African Quarter. Adolf Lüderitz and Gustav Nachtigal, who first acquired the land for Germany’s southwest African colony on a fraudulent contract, still have a street and a square apiece. Around the corner is an avenue commemorating Carl Peters, a notoriously brutal colonist in East Africa who committed psychopathic acts of violence and was known by locals as “Mkono Wa Damu”—bloody hands.

This debate is familiar to cities and countries everywhere, with the result being called in both directions. In the U.S., it’s about monuments and street names associated with the Confederacy. In the U.K., a campaign to remove an Oxford statue of African colonist and diamond trader Cecil Rhodes sparked a similar debate two winters ago, with the statue nonetheless remaining in place. On the European mainland, Poland’s removal of communist-associated place names continued into this decade, while Spain’s attempts to remove names associated with Francisco Franco are ongoing—and by no means unanimously accepted.

In Berlin, recent history makes it difficult to sustain the argument that such names can remain to reflect history, rather than endorse it. The city has already changed so many names associated with Nazis and Soviets (albeit retaining names associated with Marxism). To draw the line at colonialism, whose effects were similarly catastrophic for its victims, would suggest a double standard that would be hard to justify, and harder to stomach. While the replacement names have not yet been confirmed, Berliners living in the area could soon find themselves waking up on Rudolf-Manga-Bell-Strasse or Maji-Maji-platz very soon.