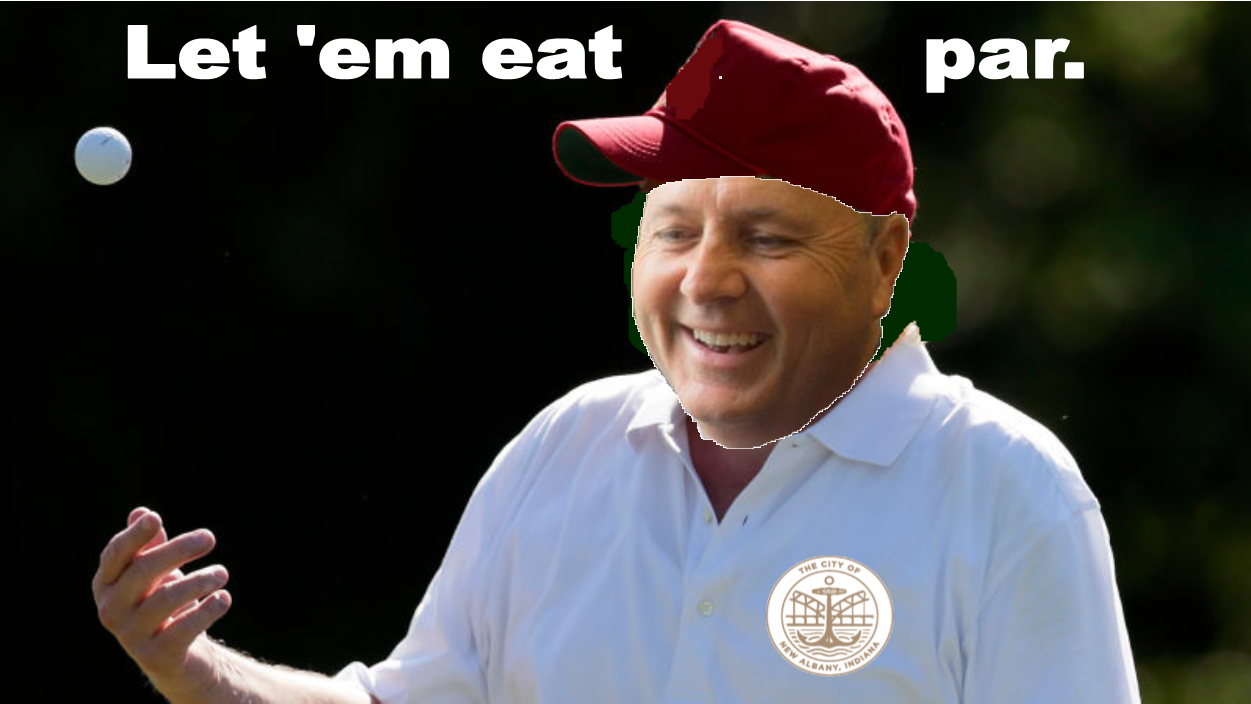 The Green Mouse no longer is surprised by anything. As it turns out, Donald Trump isn’t the only one wasting time (and your money) at the golf course.

Hearing that City Hall has taken over operations of Valley View Golf Course. Zach Johnson has been hired as head pro. From what I understand, he is a city employee and not an employee of the golf course. Also, Valley View Golf Club LLC still owns the land where the clubhouse, restaurant and bar is located, so I assume it is operating independently of the golf course.

It’s a bit strange that Mayor Gahan wouldn’t annex the hospitality portion, too, given his team’s constant claims to have revitalized New Albany’s food and dining scene all by themselves.

On second thought, Develop New Albany did that. 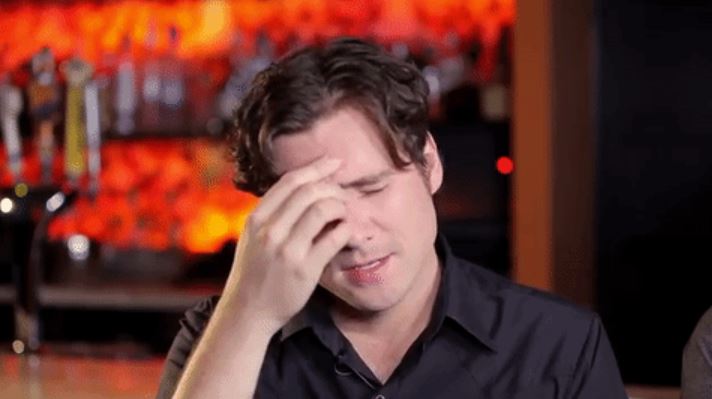 Back on September 29, 2015, the Green Mouse brought to light the extent of the city’s ongoing “partnership” with Valley View. For those just tuning in, quirks of local history have resulted in county government owning the Sam Peden Community Park enclave within the city, and the city owning Valley View in the county.

The Green Mouse isn’t much of a golfer, but recently he came across documents that suggest a disturbing absence of transparency on the part of city officials during last year’s Valley View Golf Course reconstruction.

In a “Status of Reconstruction Project” memorandum dated May 25, 2014, written by club president John Kraft and addressed to the golf club membership, two conditions for the reconstruction project are identified (underlined passage is ours).

Your Board of Directors met on May 22, 2014. As stated during the opening day activities, this memo is written to provide an update on the reconstruction project and additional information you may find interesting.

The Board unanimously approved a loan proposal from Your Community Bank to finance the construction of 19 new greens and 18 new bunkers. This loan remains contingent on two items: 1) that the city of New Albany signing a revised Agreement, now an Operating Agreement, that essentially abates our payment obligations during the life of the loan (16 years), and 2) the commercial appraisal of our facility and assets that will be used as collateral for the loan. The city currently has a final draft of the Operating Agreement and we remain confident this will be executed soon.

The minutes of the June 24, 2014 Board of Public Works and Safety meeting document the city’s official explanation of the new operating Agreement.

Mr. Gibson presented an operating agreement between the city of New Albany and Valley View Golf Club, Inc. He explained that this deals with the quality of life projects that they have been doing over the last couple of years which include the aquatic center, the sports complex, and improvements to the parks. He stated that this goes along with those other improvements and explained that the paving of cart paths have been approved for Cherry Valley Golf Course and this is another intiative dealing with Valley View and the land out in that area. He explained that the golf course is owned by the City of New Albany and there has been a lease agreement with Valley View since that time and this will modify and replace the old long term lease with an operating agreement which basically says that the land will continue to be used as a golf course and Valley View will continue to maintain and operate it on behalf of the city.

A question from Warren Nash followed: Is the club making the improvements?

Mr. Gibson stated that they are and they are assuming all of the debt that goes along with the improvements.

The $960,000 abatement is not mentioned in the minutes. BOW unanimously approved the agreement, and on July 28, another memorandum to club membership from Kraft confirms it.

… making a true partnership in the spirit of the cooperation between the Club and the City when I-64 forced the Club to move from New Albany to Floyds Knobs.

On June 24, 2014, following the choreographed Board of Works rubber stamp, the News and Tribune reported details of the city of New Albany’s new operating agreement with Valley View.

The New Albany Board of Public Works and Safety agreed to a 16-year operating agreement Tuesday that will see more than $700,000 in improvements made to the course.

The best part, from the city’s standpoint, is that Valley View will be paying for the upgrades, which will feature 19 new greens at the golf course.

… Shane Gibson, an attorney with the city’s legal department, said the city will also receive 5 percent of gross sales

“This will be a good, positive step for land the city of New Albany owns,” Gibson said.

The mayor was ready with a press release.

“These long-overdue investments will benefit the people of New Albany now and for many years to come,” Mayor Jeff Gahan stated in a news release issued following the board of works meeting.

From start to finish, either in BOW minutes or the newspaper’s coverage, is there any mention of the $960,000 abatement.

And by the way, city council knew nothing until the deal was done.

For those of you keeping score, it looks as though another cool million should be added to the bill … and deducted from a neglected list of opportunities.