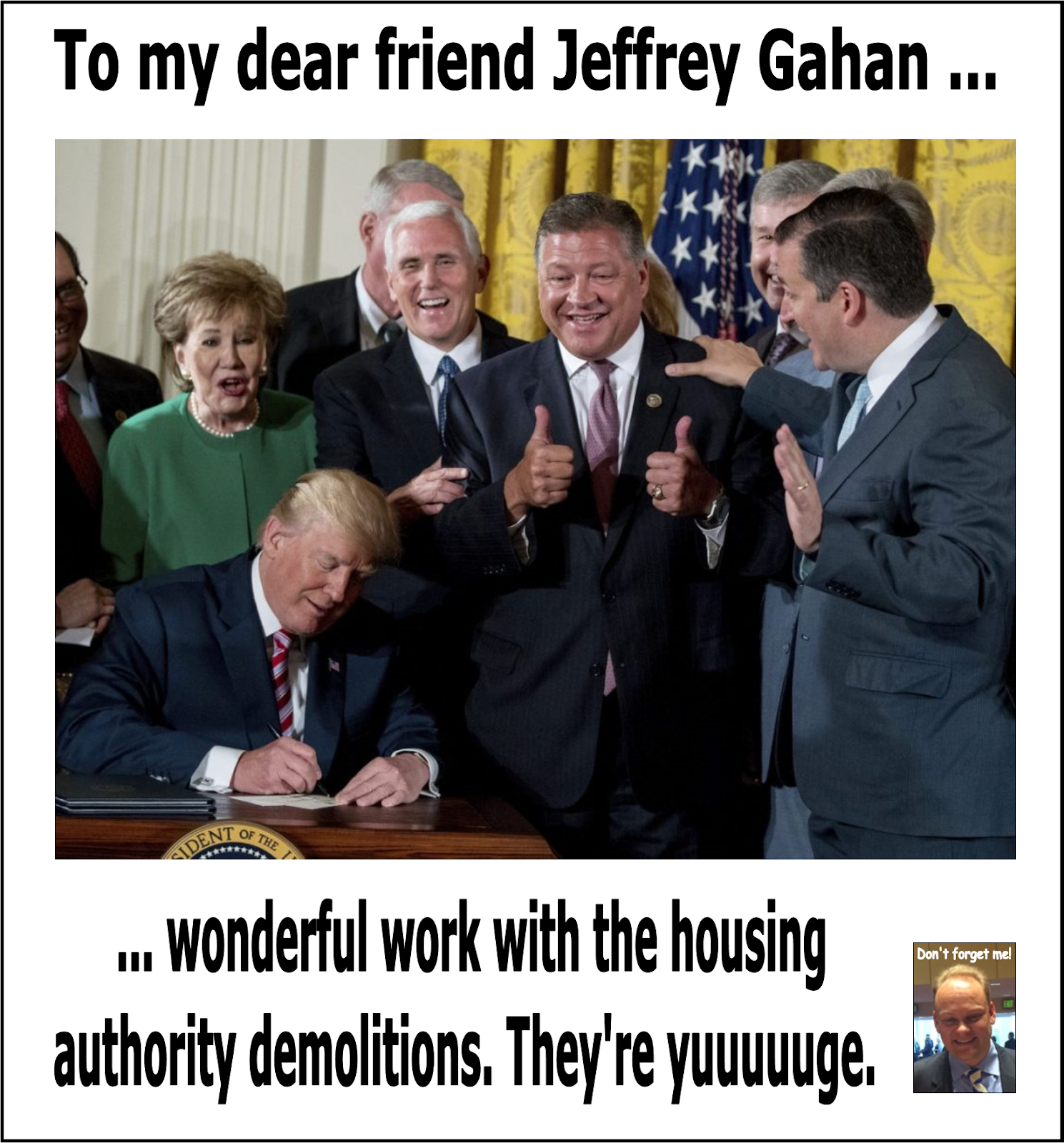 And when the mayor of New Albany and fellow Democrats propose demolishing 500 units of affordable housing without a credible plan to house those displaced, that’s something we need to talk about, too, because an undemocratic fixation with “quality of life” only as it pertains to luxury developments is a problem, isn’t it?

Bernie Sanders: Russia and Stormy Daniels distract us from real problem of inequality, by Amana Fontanella-Khan and Lauren Gambino (The Guardian)

Enough about Russia and Stormy Daniels, the leaders of the progressive movement want to talk about growing income inequality in the US.

At a live-streamed town hall event on Monday night, Senator Bernie Sanders once again circumvented cable news to host a 90-minute panel discussion on poverty, the decline of the middle class and the consolidation of corporate power.

He was joined in Washington by Senator Elizabeth Warren, director Michael Moore and economist Darrick Hamilton while roughly 1.7 million viewers tuned in to watch online, according to Sanders’ office.

Speaking to the Guardian before the event, Sanders said: “We have to fight Trump every day. But we have to not lose our vision as to where we want to go as a country. We can talk about the disastrous role Russia has played in trying to undermine American democracy. That is enormously important. But we also have to talk about the fact that we have the highest rate of child poverty in any major economy of the world.”