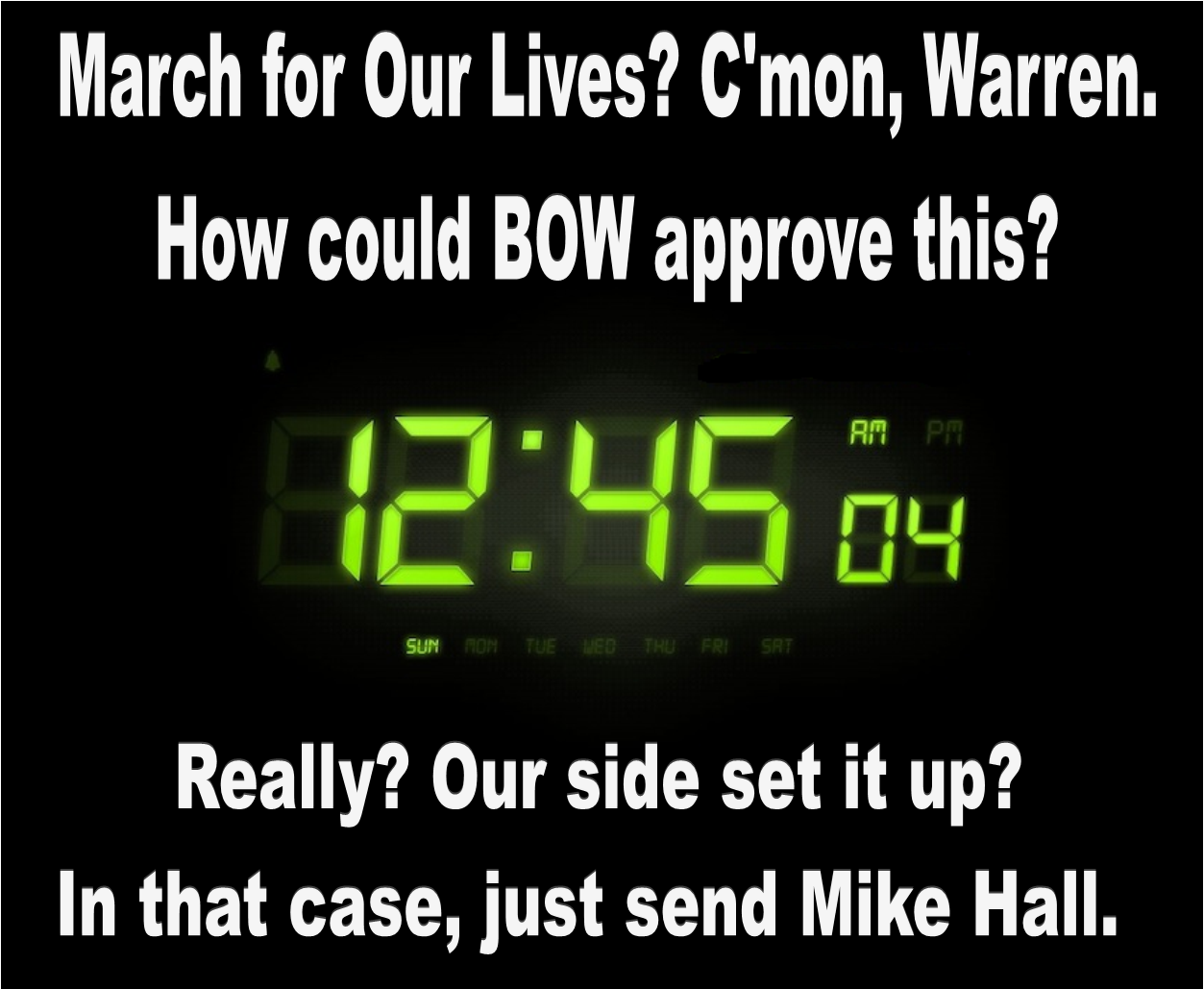 I’m completely in favor of this rally.

And, I’m also completely in favor of sending Toto on a reconnaissance run in search of curtains for pulling back to expose the usual vested suspects lurking in the shadows.

More power to the kids … less to the ancient patronage machine.

NEW ALBANY — Six local students are working together to make New Albany one of 817 cities worldwide hosting marches calling for an end to gun violence and mass shootings in schools.

The March For Our Lives takes place this Saturday, with the main rally in Washington, D.C. and sister marches worldwide. The marches are in response to the Feb. 14 shooting at Marjory Stoneman Douglas High School, where 17 students and staff were killed and 17 wounded by a former student.

Local organizers say the rally in Southern Indiana is a way to get the attention of politicians and advocate for stricter gun control.