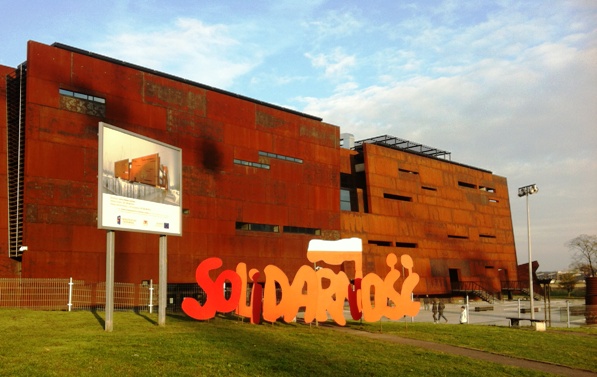 So, I was reading an article about the industrial architecture of the Communist-era steel mills in Kraków, Poland.

Kraków’s Lenin Steelworks: a rare view of a socialist realist gem, by Julia Szyndzielorz (The Guardian)

The interior of the plant in Kraków’s utopian socialist new town is preserved in all its 1950s glory, a fascinating window on Soviet-era design

… Above the shelter, the former steelworks was one of communist Poland’s most important industrial plants: a 600-hectare site that employed almost 40,000 people. Also known as Kombinat, the plant, which remains important to Polish industry, is the heart of Nowa Huta, a district of Kraków built around it in the early 1950s in stark contrast to the rest of the historic city. Designed as a utopian socialist new town, Nowa Huta was the largest urban spatial development in postwar Poland – and the abundance of parks makes it one of Kraków’s greenest districts.

Tourists come here to see the results of the utopian urban planning of the 50s: massive Stalinist apartment buildings, schools, theatres, wide streets and hospitals, which have been preserved by the city. Several milk bars, with interiors unchanged since socialism, still serve pierogi, Polish dumplings filled with cottage cheese and onion, meat or plums, or simply with sugar and butter. Other options on the menu include beans with sausage, or chicken legs with potatoes, served by fast yet rather unfriendly staff.

What tourists didn’t get access to were the interiors of the steel mill – until the present owner, Arcelor Mittal, moved out of its office buildings three years ago and Rawelin started running tours.

In 2002, four of us caught a train from Kraków’s city center and strolled around the custom-built town of Nowa Huta, which was fascinating; then we had a few beers — but I digress.

After reading the article about the steelworks, I clicked over to tourism-related pieces about Poland, soon landing on an essay about Gdansk. Hence this post, because I had no idea there was such a thing as the European Solidarity Center.

The European Solidarity Centre (Polish: Europejskie Centrum Solidarności) is a museum and library in Gdańsk, Poland, devoted to the history of Solidarity, the Polish trade union and civil resistance movement, and other opposition movements of Communist Eastern Europe. It opened on 31 August 2014.

My bucket list just added a Polish destination. In fact, I spent very little time in Poland during the 1980s, and this always has been a matter of significant regret. The former Lenin Shipyards in Gdansk was the incubator for Solidarity, the Polish trade union movement. 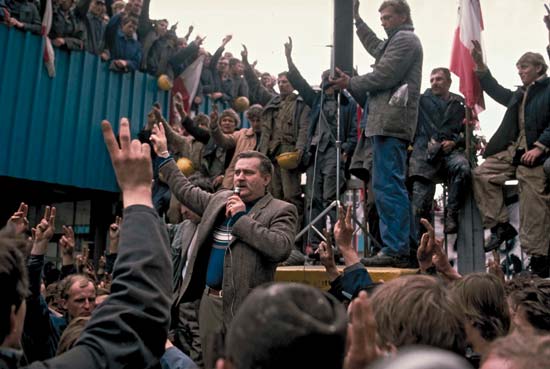 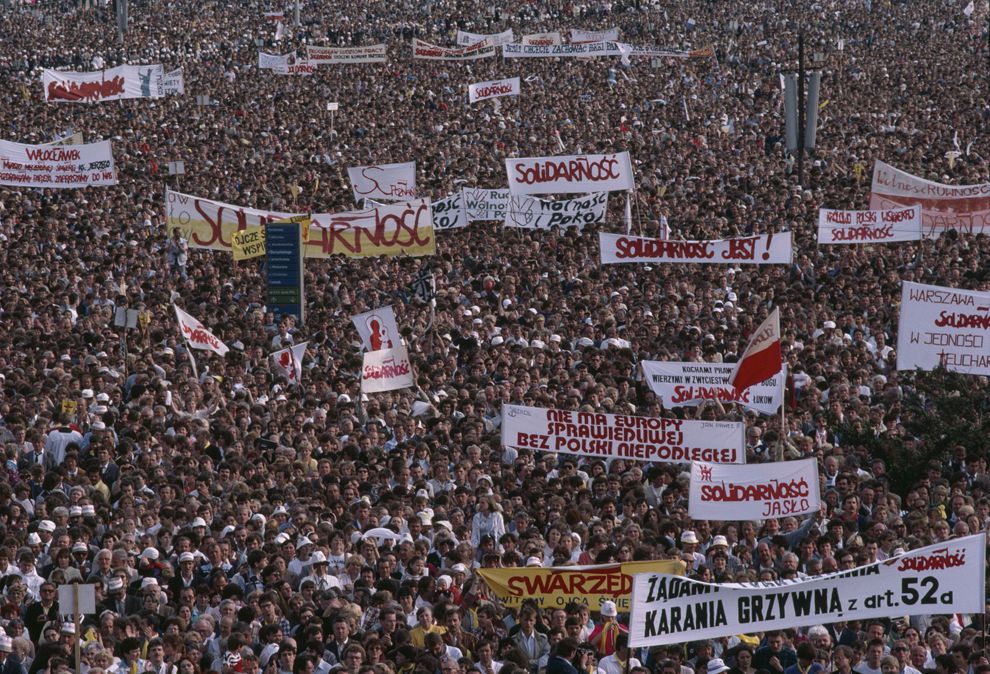 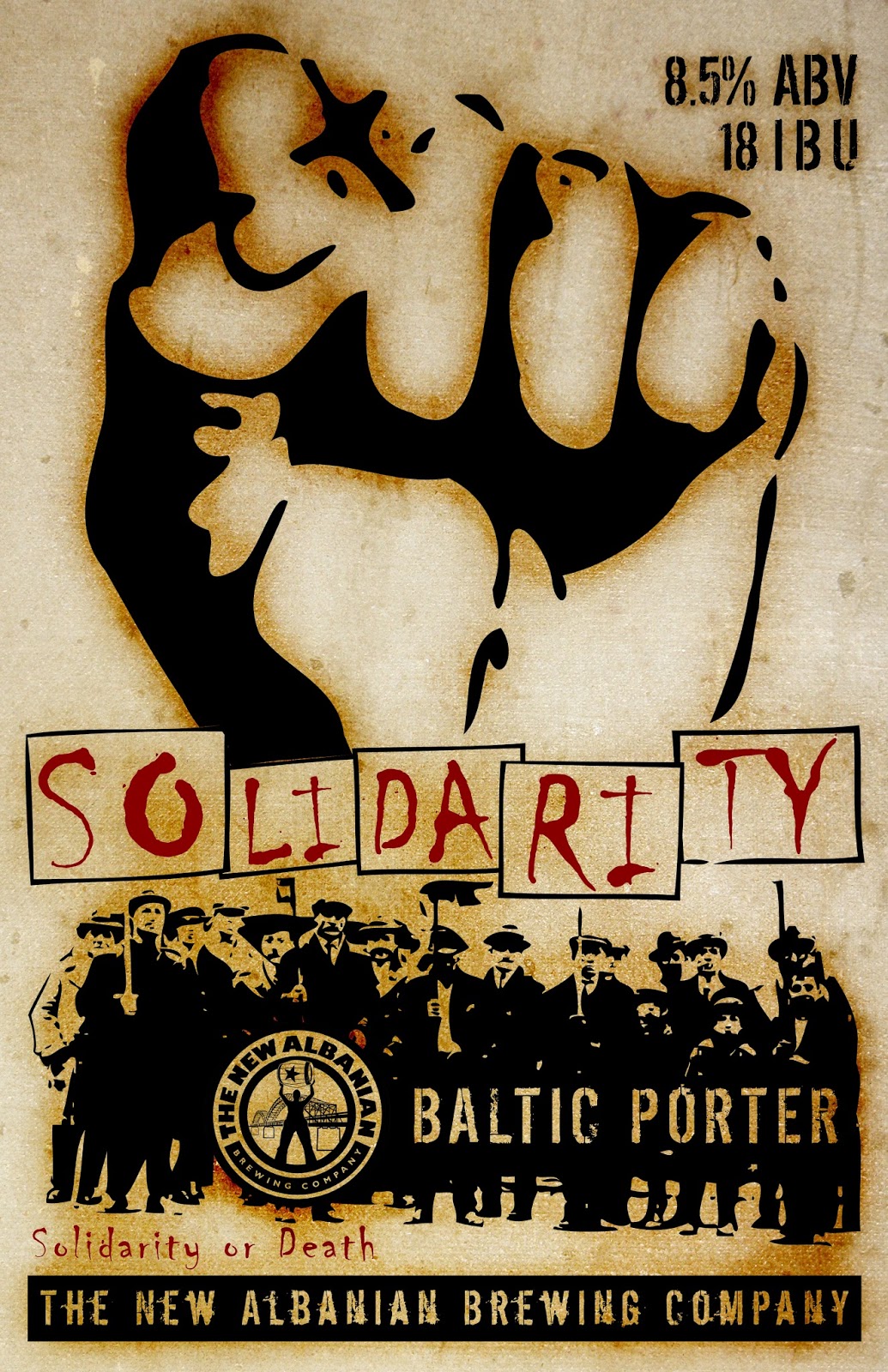 After all, I named a Baltic Porter after Solidarity.

The huge construction you can see next to the entrance to the Gdansk Shipyards is the impressive European Solidarity Centre which opened on August 30, 2014, the 34th anniversary of the signing of the August Accords. The 5-storey building, which has been designed to give the impression of walls cracking and tilting and is covered in rust-coloured sheet metal reminiscent of a ship’s hull, has been a project many years in the making …

… There are a number of aims to the centre. First and foremost it is designed to be a symbol of the victory of the Solidarity movement and the way that victory was achieved peacefully thanks to the power of people uniting in solidarity with each other. It is both definitions of this word that the centre’s organisers want to pay tribute to and to develop further. The proclamation issued by the joint-signatories in 2005 stated that they wanted the European Solidarity Centre to “become the world’s centre for the ideas of freedom, democracy and solidarity to be fostered”.

The building is centred around a permanent exhibition dedicated to the history of Solidarity and the opposition, which led to the democratic transformation of the countries of Central and Eastern Europe. But the exhibition forms just a part of the European Solidarity Centre’s daily function. The building features a library, reading rooms and archives which are completely accessible to researchers and any interested reader alike. The conference rooms and other spaces, such as the winter garden on the ground floor, host debates and concerts serving projects of both the ESC and outside associations aimed at working towards the common good.

It seems to me that if possible, the Confidentials should visit Gdansk soon.