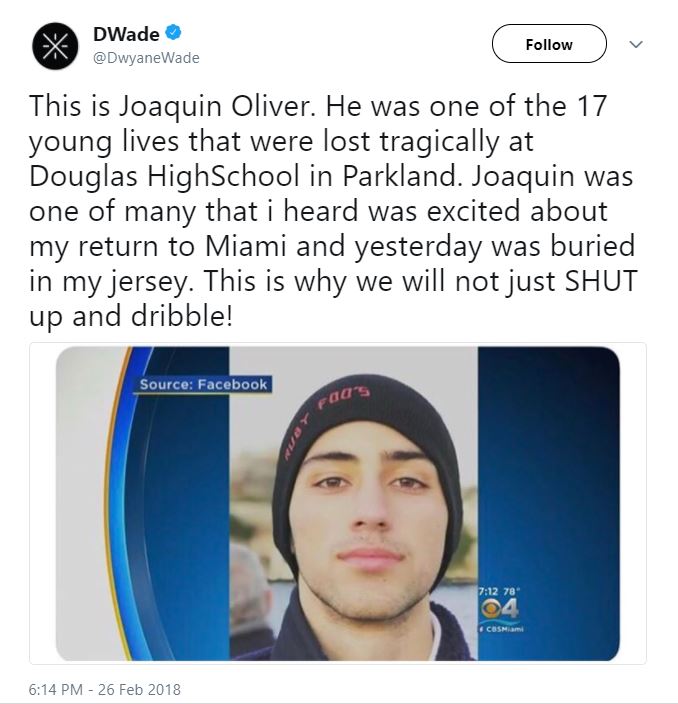 If the degree of free speech allowed hereabouts pertains to pay grade, there are quite a few old, rich white guys I’d like to see shut up.

With the advent of social media, politically active athletes seem more common now than ever before.

Indeed, N.F.L. players kneeling during the national anthem, a movement started by Colin Kaepernick and echoed by others, became a cultural flash point last season after President Trump aimed his ire on the movement, accusing them of disrespecting the troops.

But before Kaepernick, there was Etan Thomas, an N.B.A. forward who played for nine seasons, seven with the Washington Wizards. Thomas built a reputation for himself as a socially conscious activist and poet, including frequently speaking out against the Iraq War and the federal government’s response to Hurricane Katrina. (Of course decades before Thomas, there were activist athletes like Bill Russell, Jim Brown and Muhammad Ali.)

In his latest book, “We Matter: Athletes and Activism,” due out on March 6, Thomas interviewed a number of basketball staples, including Kareem Abdul-Jabbar and Dwyane Wade of the Miami Heat, about the consequences of publicly voicing opinions off the court or playing field. He also talked to figures like Mark Cuban, owner of the Dallas Mavericks, and Ted Leonsis, who owns three sports franchises, including the Washington Wizards, about their perspectives.

I spoke to Thomas by phone about the recent comments from conservative commentator Laura Ingraham about LeBron James and Kevin Durant, his experience sharing a locker room with Michael Jordan and why he wrote the book. This is an excerpt from that conversation.

In fact, the intersection of athletics and politics is a constant, here and abroad. If you don’t see it, perhaps your eyes are shut.

Thirty years on, the basic premise of Football Against the Enemy illustrates a different world where the game was a point of resistance against control and oppression

This summer it will be 30 years since an event that helped inspire what is still one of the most deliciously moreish football books in English.

Football Against the Enemy is a collection of excellent, energetically compiled essays by Simon Kuper. It can seem a little dated in parts now, postcards from a world still shrouded in pre-internet mist but in a week of apparently irresolvable moral confusion over Pep Guardiola, yellow ribbons and all that, it also feels like a point of illuminating contrast.

At which point the pages rustle, the screen dissolves and we are back at the 1988 European Championship. It is hard to get a sense of the unsettling emotional power of the Netherlands’ defeat of West Germany, the feelings of delighted surprise as a fine team saw off one of the more sharp-elbowed West Germanys.

Ruud Gullit ran the semi-final in Hamburg, striding about with such regal ease you half expected to look down and notice he had spent the last 90 minutes playing in tails, top hat and wing collar. Marco van Basten scored the winner at the end. People in Amsterdam threw bicycles in the air shouting “we’ve got our bikes back”, a reference to the transport-thieving crimes of the Nazi occupation during the second world war.

Kuper, then in his early twenties, notes all this with an amused but also quietly brutal note of fascination. Asked about the morality of holding this generation of West German footballers to account for the sins of the past, one Dutch celebrant notes: “Well, they had the wrong ancestors” …