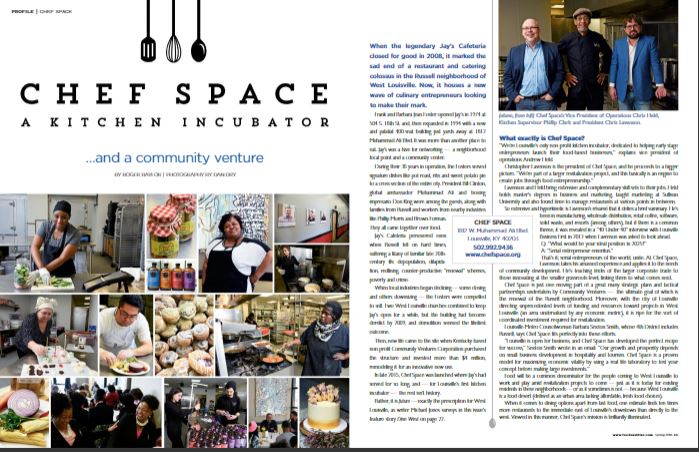 The Spring 2018 (February/March/April) issue of Food & Dining Magazine is out, and once again, I have two articles in this edition. You can read them at issuu.

“Chef Space: A Kitchen Incubator (and a community venture)” is a featured profile.

What exactly is Chef Space?

Christopher Lavenson is the president of Chef Space, and he proceeds to a bigger picture.

“We’re part of a larger revitalization project, and this basically is an engine to create jobs through food entrepreneurship.”

Regular readers will recall this post, which was one of the blog’s most-read in January.

A kitchen incubator is the sort of idea that might work in that big building at 336 Pearl Street.

In a little over two years since opening, 13 members have “graduated” from the Chef Space incubator to their own bricks and mortar. Another is about to do so, and I took a look at V-Grits just last week: THE BEER BEAT: V-Grits, False Idol Independent Brewers, their bricks ‘n’ mortar vegan brewery in development. 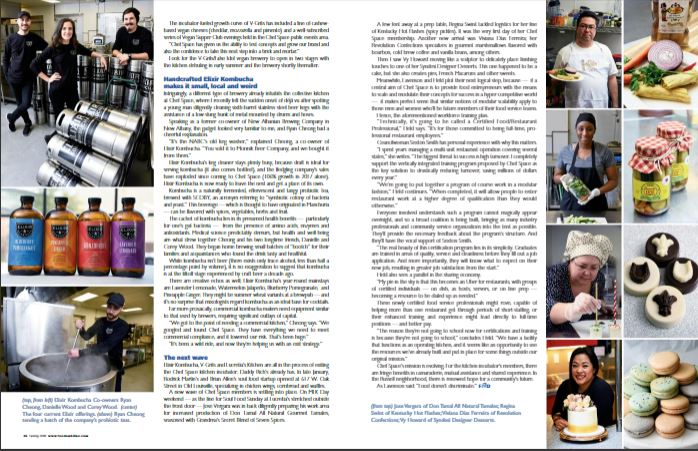 My second contribution to the current issue is an e-mail interview with Bert Beveridge, founder of Tito’s Handmade Vodka.

In recent years vodka has exploded past all former limitations of national origin and price point to become as diverse and specialized as any other type of tipple, but aside from waffle-flavored vodkas distilled according to ancient Druid techniques, exactly how did a regular guy from Texas create a craft vodka that recently toppled the perennial powerhouse Smirnoff as America’s number one spirits brand, hurdling other famous names like Bacardi, Jack Daniels and Jose Cuervo, and in the process completely reordering the American vodka hierarchy?

I’m speaking of Bert “Tito” Beveridge and his creation, Tito’s Handmade Vodka, which dates to humble beginnings two decades ago in Austin, Texas. 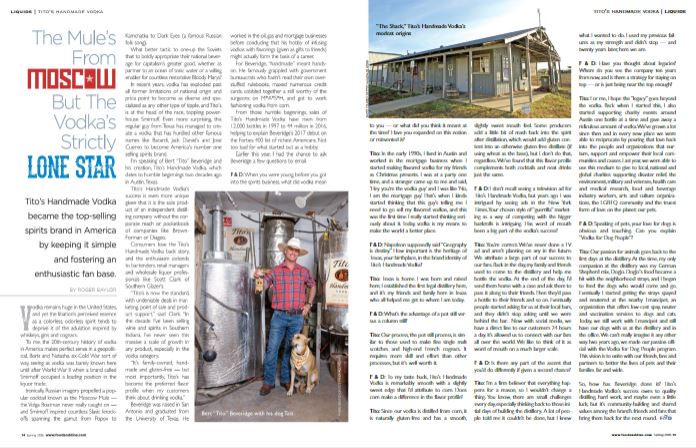 I hope readers enjoy these profiles, which will be reprinted at NA Confidential in text format once the next issue of Food & Dining (Summer 2018) is released in May.

Later this week I’ll get around to doing this for the previous two profiles I wrote: Waylon’s Feed & Firewater and Akasha Brewing Company, both from Winter 2017.

As a side note, diligent readers will recall my work on a feature-length exploration of the exploding restaurant and bar scene in Jeffersonville. For various reasons this piece has been delayed, but I’m hoping it will resurface some time in 2018.

As always, thank you for reading.