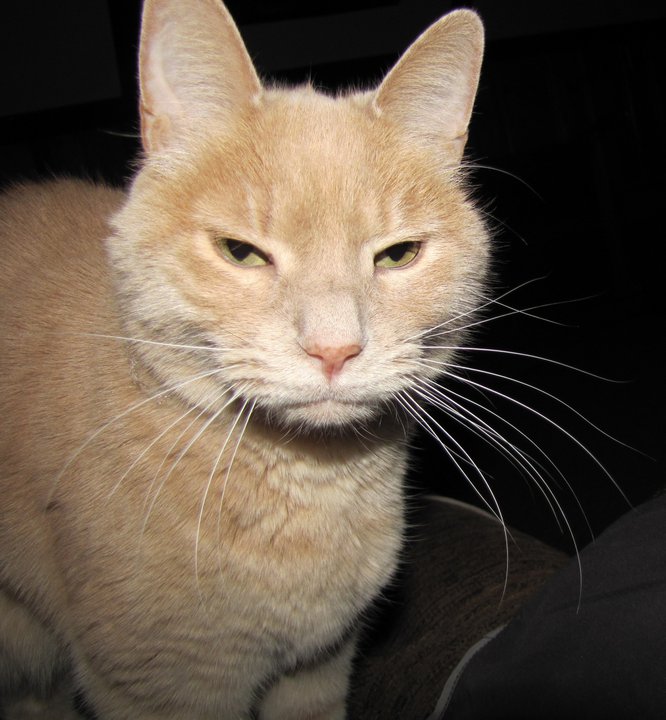 ACT I, by Diana 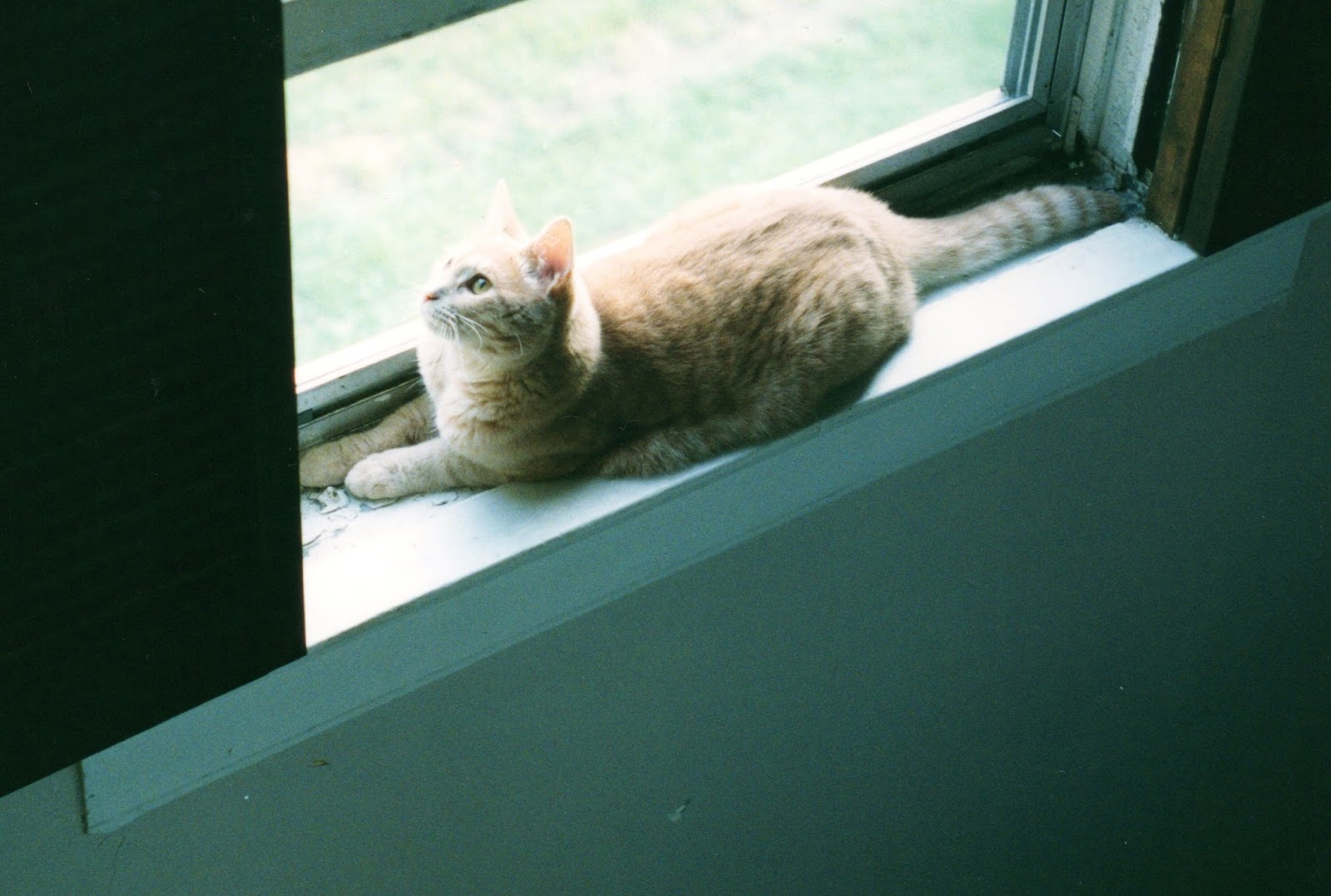 Stories can seem too personal to tell, but I find myself moved to expose a rare moment of vulnerability, and to share a deeply personal story of my first maternal relationship.

As some of you know, I passionately work with folks who cope with serious symptoms of mental illness, and I cannot express how much my life has been touched all the more for it. A case in point came on a very rainy September day in 2002, only three months after my mother passed.

As typical, I arrived early to work, second only to the receptionist (and my neighbor) Creighton. I immediately was greeted by one of my clients, who was obviously very distressed; he was holding a soaked backpack and seeking urgently to see me. I proceeded to let him inside, out of the rain, and guided him to my office to offer some support.

He unleashed a torrent of information about how a woman from his apartment complex had been evicted, taking with her the cat which had just given birth to kittens, but leaving behind the newborns.

The other tenants, trying to be conscientious, had attempted to care for these feral souls through the warm months, but only one kitten from the litter had survived. Now he was five months old.

This brave little beast had been brought inside my client’s home during the previous night because of the first cold rain of the season, only now the kitten was deemed by the client to be possessed by demons — and needed disposing of.

My client knew the command was a symptom of his illness, and he wanted the kitten to be removed from his existence right away. So it was that a malnourished, flea-infested, dirty, scrawny, timid, buff tabby landed on my desk, and my client quickly exited the premises with much relief.

In keeping with my personality, this turn of events wasn’t a problem. There’d be a solution, and I would find it. I began making community calls to shelters, vets, animal activists, etc. I sent e- mails to cat lover co-workers and friends.

It is noteworthy that Creighton was a friend as well as a co-worker, and she’d been keeping a close watch on me since my mother passed away. Throughout the morning, Creighton gently suggested that the male kitten’s chances were slim, repeating a mother’s words: “things happen for a reason.”

They do. It took until afternoon, and this placid being sitting on my desk never moved, watching in peace and solitude, waiting, until I accepted his offer of life companionship.

On that day in 2002, the drive home cost me close to $500 to get the kitten cleared to enter my apartment safely. At the time, $500 seemed like a million dollars, and yet it taught me that the return can be vastly greater than the initial investment.

On Thursday night we lost Hugo, the abused and disheveled kitten — my little gay opera singer. I am devastated but so grateful to have been witness to most of his life’s entirety. It’s such a gift having pets. 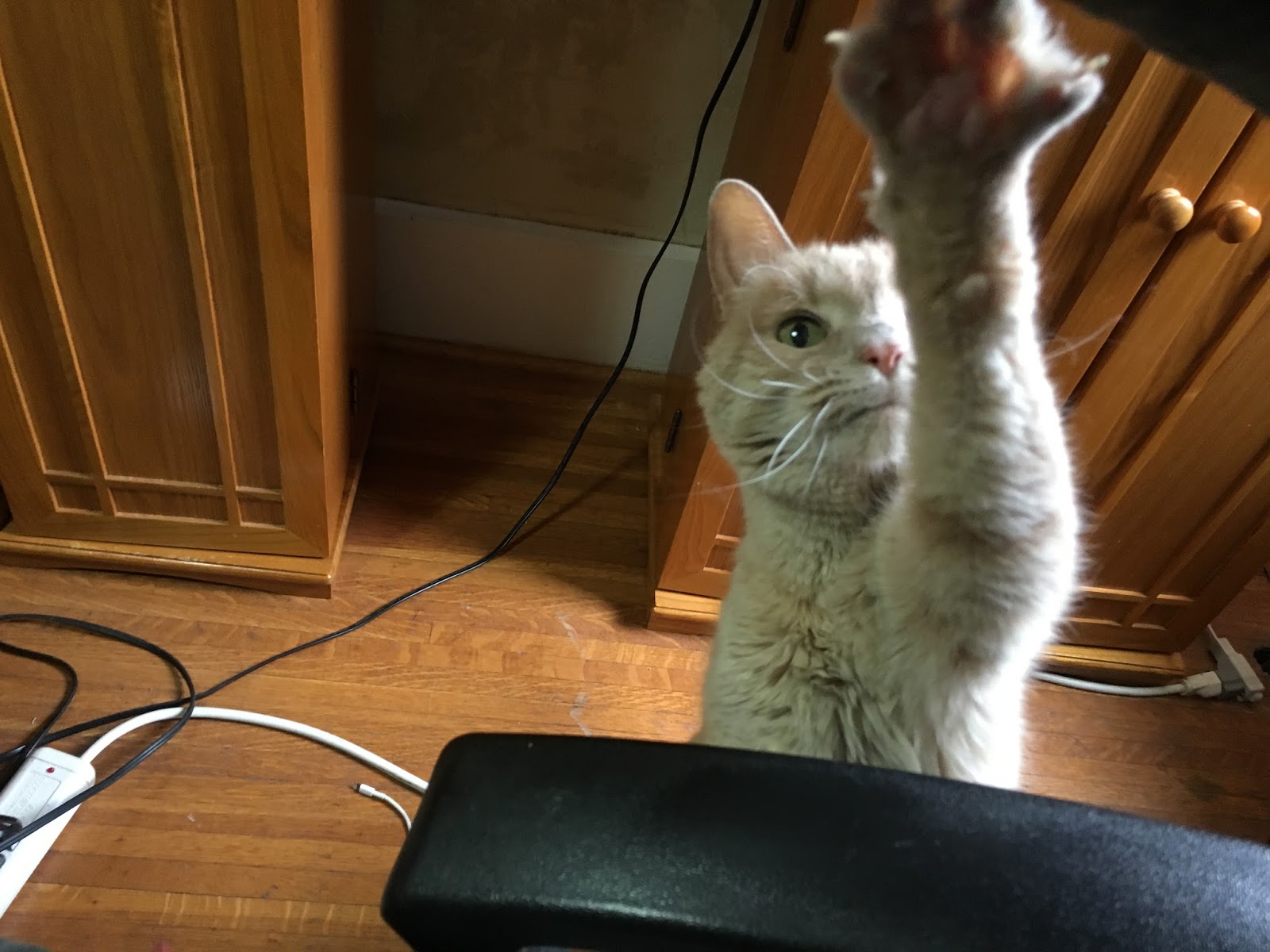 We returned from our wonderful trip to Portugal to discover that our beloved cat Hugo had left us. At some point on Thursday evening, he curled up on the floor and passed away at 16 years of age. That’s 80 in human years.

Diana already has related the story of how Hugo originally found his way to her as a kitten. Shortly thereafter, when I came onto the scene, her new companion cat wasn’t always sure about the suitability of a freshly arrived boyfriend.

This undersized, emotive, though ultimately gentle creature immediately fashioned himself as Diana’s protector. In Hugo’s mind, he was a mighty lion, not a tiny tabby. Granted, I had him by at least 250 pounds, but the truth is he had me — by the heartstrings.

Diana and I would be in bed, and at some point I’d look up to see Hugo perched vigilantly on the dresser, bearing the famous cold glare later deployed to such great effect in his best known role, the No Tolls Kitty. I knew I’d have to work to win Hugo over, and eventually he relented, except one thing never changed: he remained Diana’s right-hand feline, from start to finish.

One way I endeared myself to Hugo was by diligently curating his litter box, where he spent as much quality contemplation time as any American male, albeit without magazines, a cell phone or an ashtray.

The litter box was Hugo’s refuge and sanctuary, and perhaps the springboard for his eccentricity … and boy, did Hugo have an outsized personality far out of proportion to his diminutive stature.

For one, no cat ever was more proud to display his immaculately groomed butt.

Often at night we’d hear Hugo shoveling industriously in the litter box, followed by what we imagined were conversations with ghosts of cats past in this century-old house, or maybe the performance of uncommonly tuneful arias from his previous life as a stage cat in the opera.

Hugo made regular, watchful patrols of the upper floors, and having learned early on to push nearby human buttons at every opportunity, he delighted in repositioning his water dish to trip us nocturnally.

Never a lap cat strictly speaking, Hugo nonetheless functioned as Diana’s personal space heater during the cold weather months. Once she was settled, he’d find a sweet spot on her side, and as long as she didn’t move, neither would he.

As Hugo transitioned into his dotage, the elemental quirks became even more delightfully crotchety. The pale fluffy fur that attached to every surface like Velcro got thinner. He slept much more, and he hung closer than ever to Diana. We commented about how he seemed needier.

I grew up in the country, and I’m still convinced that animals know the cosmic score the way humans did once, before we became sophisticated enough to imagine we might stave off mortality. With the approach of spring, I think Hugo sensed the bell beginning to toll.

We’re sad, and we’re grieving, but we also know that once those first few challenging months passed, Hugo enjoyed as loving and rewarding a life as any cat ever has on this planet. His own stay here ended where it should, right at home, amid comforting and familiar surroundings.