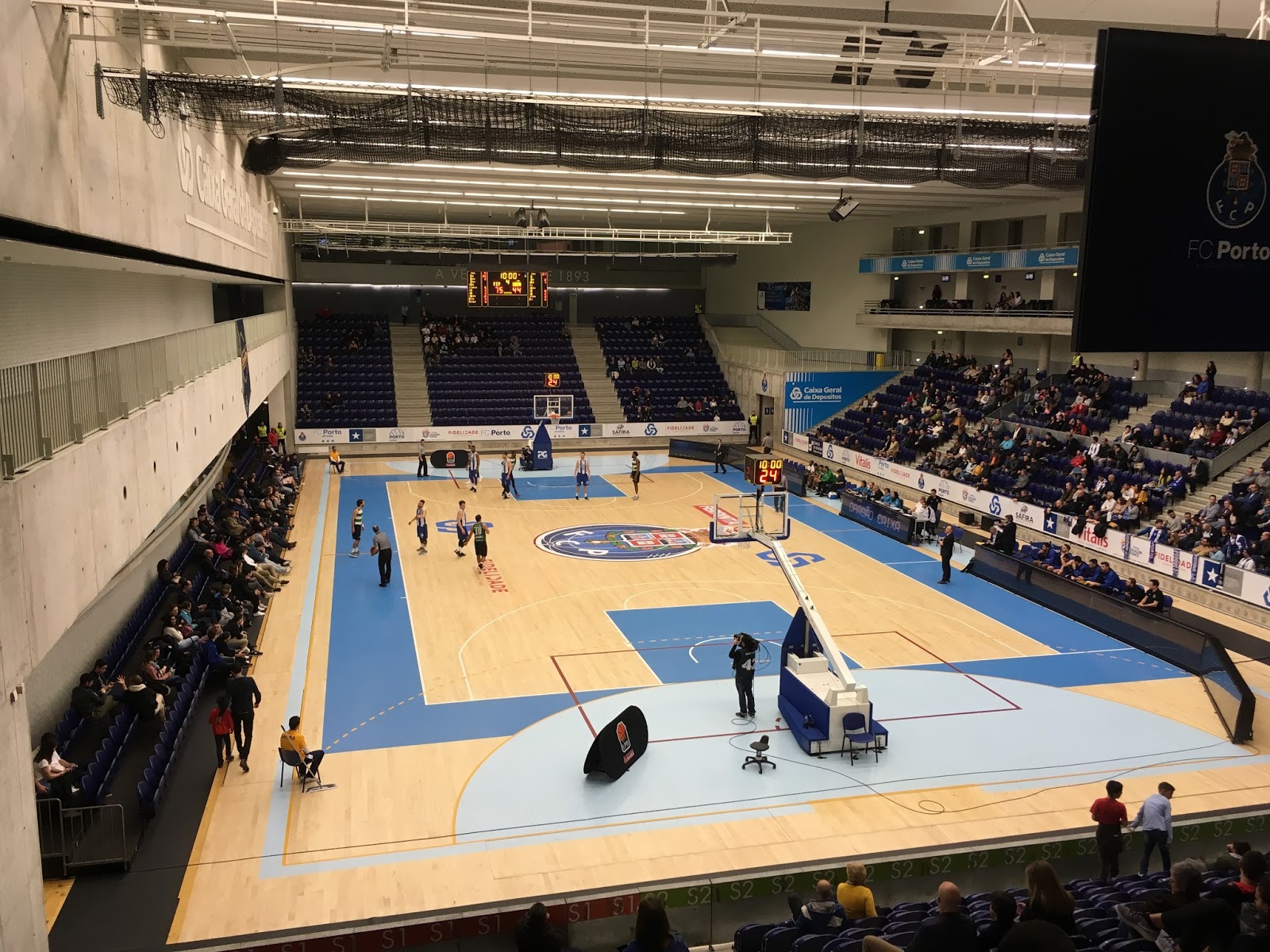 I’ve prefaced the travel narrative of our visit to Portugal (which has been backdated) with a series called Focus on Portugal, which provides background on a European destination that’s scandalously little known to Americans. Previously: “Madeira – island of eternal spring (and fortified wine, Coral beer and black scabbard fish).“

On Wednesday evening, FC Porto played a football match before tens of thousands at the city’s state of the art outdoor sporting venue, the Estádio do Dragão, which is situated on Porto’s eastern urban edge astride light rail lines, with beautiful mountains in the distance. 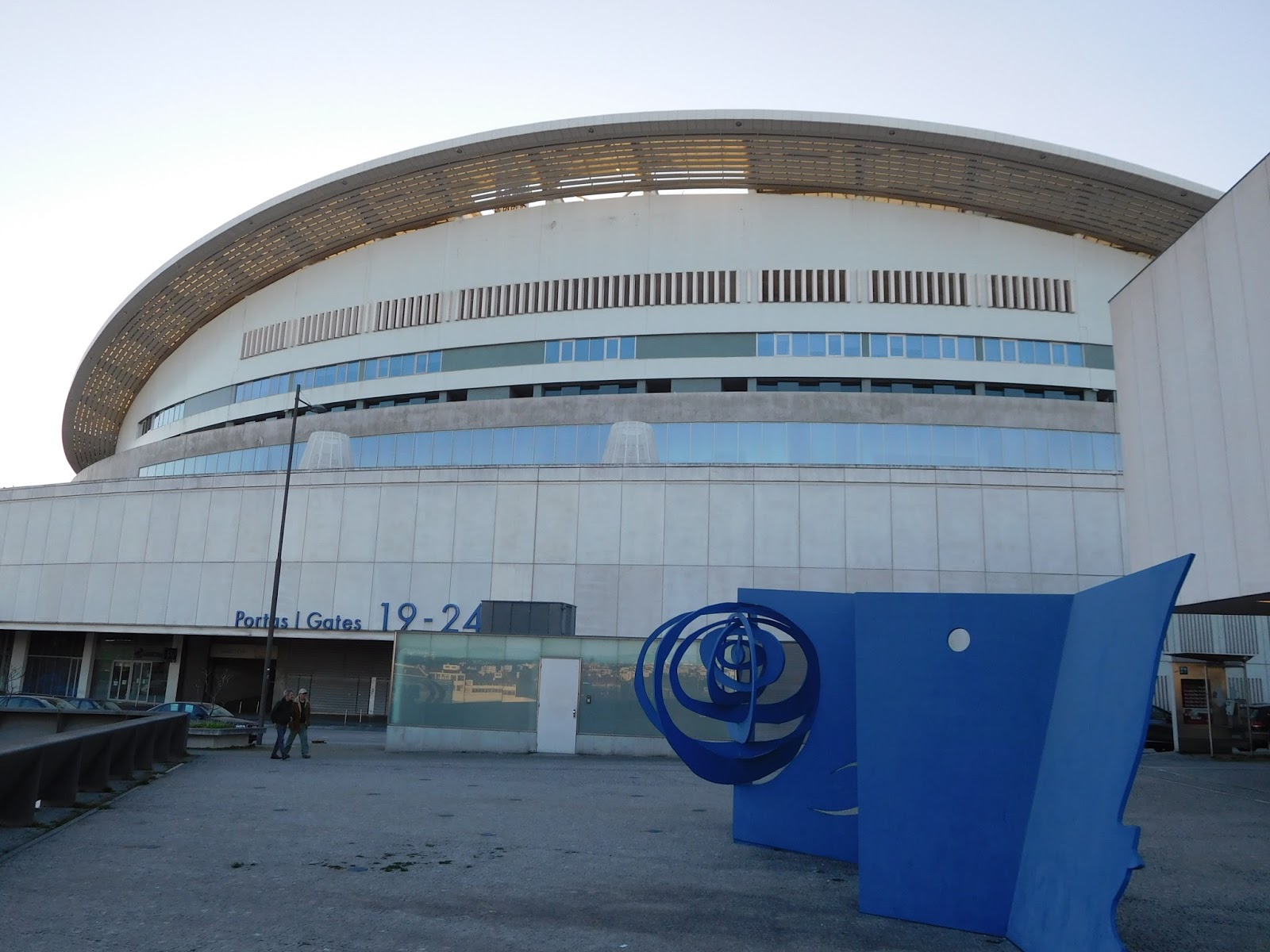 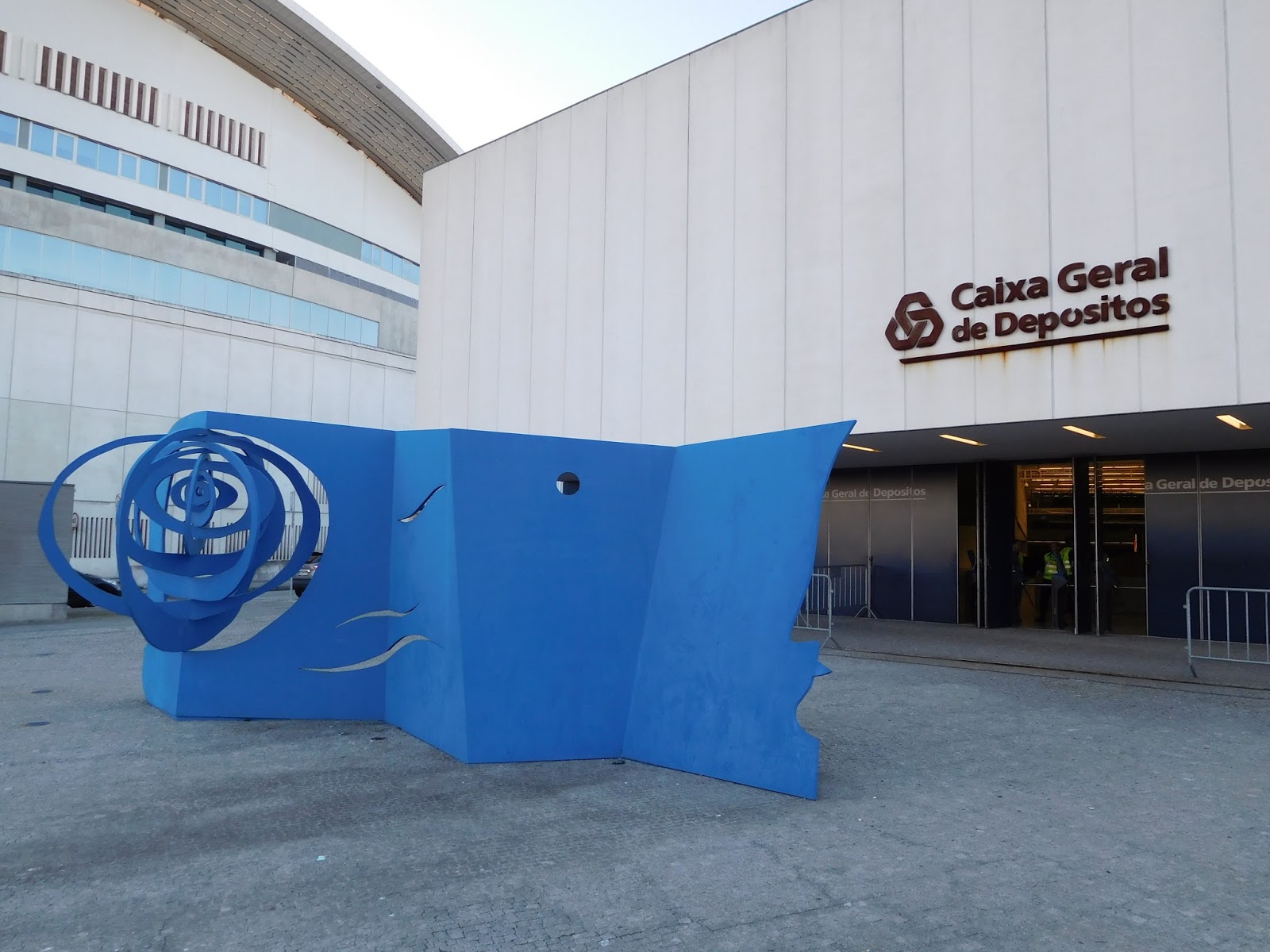 On Saturday night, FC Porto played again, this time a basketball game, and in a far smaller but thoroughly modern indoor arena called the Dragão Caixa, located just behind the stadium, which also hosts team handball and roller hockey.

FC Porto is more than a football team; it is the aggregation of many sports (boxing, cycling, swimming and more) under one administrative umbrella.

Portugal’s top professional league, the Liga Portuguesa de Basquetebol (LPB), dates from 1926. Since then, FC Porto has been the second-most successful pro team in the country in terms of championships, behind Lisbon (which seems to have won half or more of them).

Salaries tend not to be a matter of public record in European basketball, but a typical arrangement at this level might be around $2,000 to $3,000 per month after taxes (which are paid by the team) as well as lodging, food, car and other smaller perks — perhaps a bottle of vintage Port here and there, for keeping and consumption in the years following retirement.

(For an excellent tutorial on pro basketball overseas, go here.)

FC Porto’s American players are Marcus Gilbert (Fairfield 2016), Will Hanley (Bowdoin College 2012) and Will Sheehey, who graduated from Indiana University in 2014.

Opposing FC Porto on the night of out attendance was SC Lusitania, which has the distinction (and a very long commute) of being based in the Azores Islands, an autonomous Portuguese archipelago located 850 miles west of Portugal in middle of the Atlantic Ocean.

The seating capacity for basketball at Dragão Caixa is 2,200, and the crowd was sparse, perhaps 400 to 500. The main concession stand downstairs had no alcoholic beverages or souvenirs, although you could get a cachorro (hot dog) and popcorn, the latter actually caramel corn.

We enjoyed the game, even if SC Lusitania was outmanned and came in sluggish; FC Porto rolled up a lopsided first half lead and never looked back. The final score was 100-65, and it may not have been that close.

Following are some views of the evening, in no particular order. 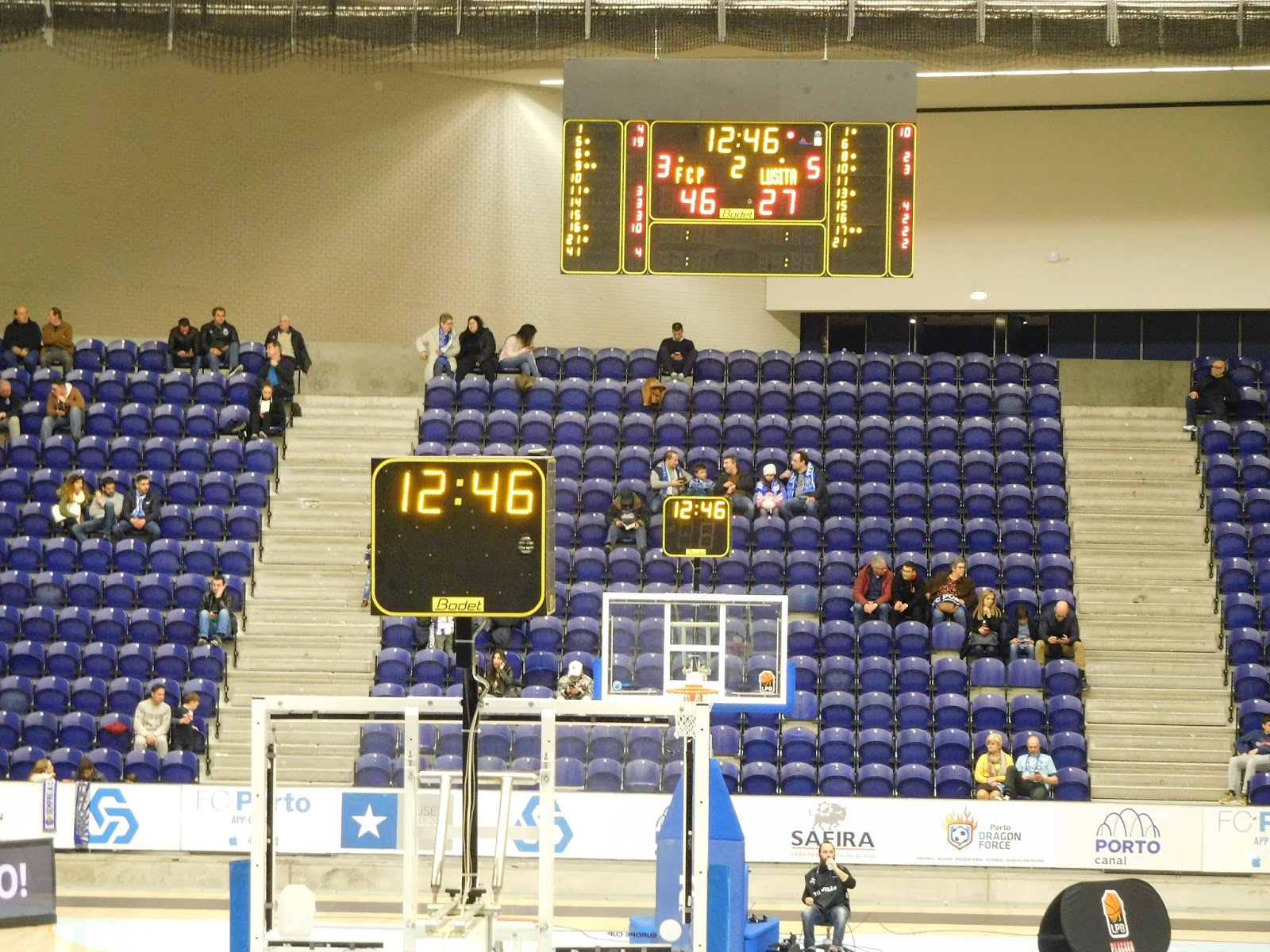 Next: On the beach.