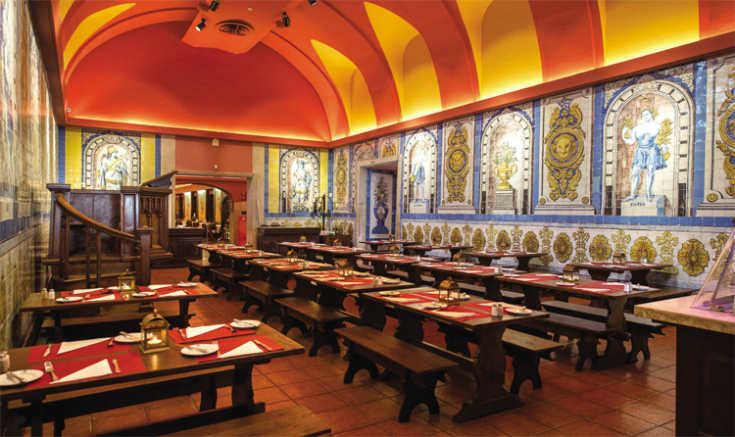 My last and only visit to Portugal came in 2000, 18 years and multiple lifetimes ago. Perhaps it isn’t a coincidence that this first Portuguese experience conjures few coherent memories, occurring as it did during a time of peak alcohol consumption, amid the dissolution of a marriage.

In fact, it had been my original intent to travel to Portugal in the autumn of 1989, after a stay in Madrid. The overnight train with couchette from Madrid to Lisbon had been booked, and I’d checked out of my squalid lodging and stowed the backpack in a locker at the train station prior to meeting a new acquaintance for early afternoon beers.

All I remember is awakening at dusk, evidently having been drugged and robbed of minimal cash and traveler’s checks (bizarrely, my passport and credit cards were untouched), as well as the key to the train station locker. There was nothing in the backpack of any value to a thief, but it was gone, and the sudden absence of my belongings, accompanied by a hangover-scale headache, put an end to the Portuguese plan.

Instead, I regrouped in Madrid. AmEx replaced the stolen traveler’s checks, and a morning at the El Corte Ingles department store produced a new bag and some cheap clothing. After deep thought, it seemed to me that my carelessness was in part due to escalating fatigue after six months on the road, and I decided to change the flight home and cut short the journey short by returning to Copenhagen via Germany.

My guess is that in purely relative terms, Americans know a bit more about Spain than Portugal, although in both instances we’re probably subliminally influenced by both of their New World colonial extensions in Latin/South America and Brazil, respectively.

During the next few days, I’ll be taking a look at Portugal, beginning with this brief overview of Portuguese history.

Short history of Portugal: The rise and fall of a global power (Just Landed)

Portugal’s often unknown history is highly interesting, considering it was the first global empire and that it used to be one of the biggest empires in the world.