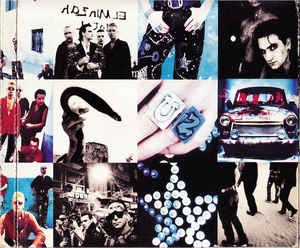 I may not have any children, but Germany’s always been good to me — and as usual, you’re entitled to my opinion.

This fun new book about how Germans raise their kids will break American parents’ hearts.

In a memorable scene of Sara Zaske’s guide to German-style parenting, Achtung Baby: An American Mom on the German Art of Raising Self-Reliant Children, Zaske sends her 4-year-old daughter Sophia to her Berlin preschool with a bathing suit in her bag. It turns out, however, that the suit is unnecessary: All the tykes at Sophia’s Kita frolic in the water-play area naked. Later that year, Sophia and the rest of her Kita class take part in a gleefully parent-free sleepover. A sleepover! At school! For a 4-year-old! These two snapshots of life as a modern German child—uninhibited nudity; jaw-dropping independence—neatly encapsulate precisely why Zaske’s book is in equal turns exhilarating and devastating to an American parent.

Zaske argues that thanks in large part to the anti-authoritarian attitudes of the postwar generation (the so-called “68ers”), contemporary German parents give their children a great deal of freedom—to do dangerous stuff; to go places alone; to make their own mistakes, most of which involve nudity, fire, or both. This freedom makes those kids better, happier, and ultimately less prone to turn into miserable sociopaths. “The biggest lesson I learned in Germany,” she writes, “is that my children are not really mine. They belong first and foremost to themselves. I already knew this intellectually, but when I saw parents in Germany put this value into practice, I saw how differently I was acting.” Yes, Zaske notes, we here in the ostensible land of the free could learn a thing or zwei from our friends in Merkel-world. It’s breathtaking to rethink so many American parenting assumptions in light of another culture’s way of doing things. But it’s devastating to consider just how unlikely it is that we’ll ever adopt any of these delightful German habits on a societal level.

This is not just because Americans pride ourselves on eschewing the advice of outsiders, though that certainly doesn’t help. Our political and social institutions are so firmly entrenched that no amount of wise Germanic advice can help us. “We’ve created a culture of control,” Zaske laments. “In the name of safety and academic achievement, we have stripped kids of fundamental rights and freedoms: the freedom to move, to be alone for even a few minutes, to take risks, to play, to think for themselves” …

This being America, of course auto-centrism plays its sad part once the family returns stateside.

For example, when Sophia starts first grade, school administrators remind parents that under no circumstances should they drop children off in an automobile. Could you imagine? I can’t. In the contemporary United States, even in larger cities (with New York being the only notable exception), school is so synonymous with the interminable “drop-off line” that its vicissitudes are the subject of bestselling mom-book rants.

In open defiance of this custom, I ride my daughter the 4½ miles to preschool on a bike—she gets pulled along the mean streets of St. Louis in a Burley trailer—only to get yelled at by moms in idling SUVs outside the school. A few weeks ago, all of us parents even got a sternly worded email from the director, chastising the few who do pick up their children on foot for blocking the valet-style “carpool line” with “pedestrian traffic.” This is unsurprising; most children in the U.S. do not walk to school, even if they live close enough to do so—to the detriment of their physical fitness, independence and joy, and of course also the environment. (Zaske experiences this culture shock in reverse when her family moves back to the U.S. and she makes the unheard-of suggestion of a solitary “walk to school day” at Sophia’s new San Francisco elementary.)

I really, really wish that stork would have been sober, and dropped me somewhere in Mitteleuropa as specified on the invoice.