When the Kentucky political blogger Jacob Payne tweeted about a Politico article pertaining to medical marijuana and “Red State Democrats,” I wasn’t expecting a thread about Dan Canon. 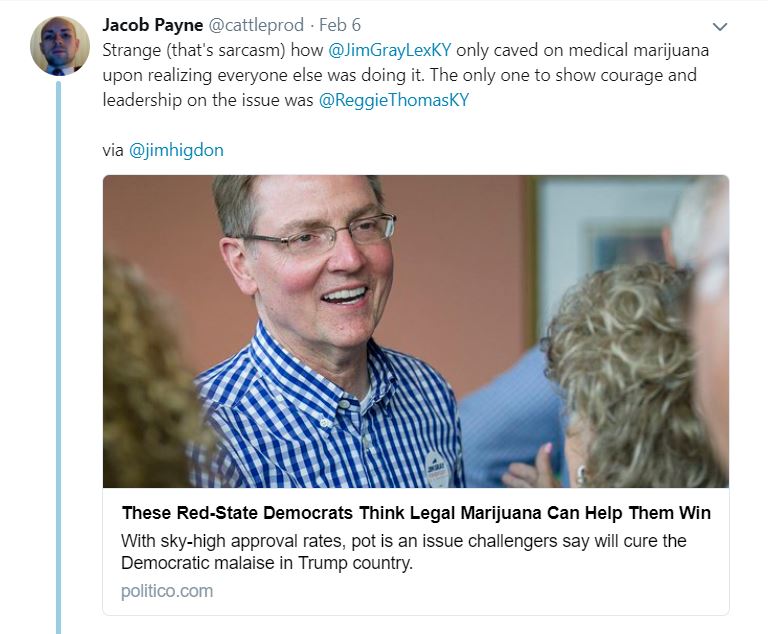 With sky-high approval rates, pot is an issue challengers say will cure the Democratic malaise in Trump country.

BLOOMINGTON, Ind.—“We don’t need to give him another ounce of our brain-space,” Dan Canon told the crowd of 40 people, hitting the TV mute as President Donald Trump’s State of the Union speech began. “We don’t care what he says.” The speech had been the advertised reason for the gathering at the Crazy Horse bar in downtown Bloomington, but in truth the mix of college students and older locals couldn’t even be bothered to hate watch Trump. They had come to hear Canon, a civil rights attorney running for Congress in Indiana’s 9th Congressional District, talk about his campaign to unseat one-term incumbent Trey Hollingsworth.

Students seem drawn to Canon in part because he was one of the plaintiff attorneys in the lawsuit that became Obergefell v. Hodges, the Supreme Court case that legalized same-sex marriage. They like his stances on raising the federal minimum wage and providing Medicare for all. But it’s his full-throated support for legalizing medical marijuana at the federal level that has distinguished him in the eyes of many young voters, who consider it a threshold for taking any politician seriously.

“I think anytime you have an issue with such a high degree of bipartisan support in 2018, you have to pay attention to it,” Canon told POLITICO Magazine, regarding marijuana. “And it’s appealing because it touches on so many other things: creates a new industry with jobs, good for agriculture, alleviates pressures placed on the criminal justice system, reduces overdose deaths, is a natural pain reliever, can raise massive tax revenue, et cetera.”

In that same story, Dan Canon gets coverage. Along with his primary opponent – a woman many of his supporters (his non-voting Louisville twitter base) had no idea was in the race. I looked at their FEC reports a week or so ago and found a few interesting things.

Aside from Canon’s report being sloppy & unprofessional (WHO DID THAT SHIT?!), he’s getting more of his $ from OOS than his opponent (based on itemized contribs reported).

This tells me Watson’s support base could potentially be stronger than Canon’s in the 9th District. Her base and campaign team seem just as energized & active.

Since neither Canon nor Watson raised much $ and their burn rates are high, they’ll have nothing in the general to compete with the carpetbagger on the Republican side.

Note: Tons of Canon’s $ isn’t even available to him in the primary. Wealthy friends maxed out for both the primary & general to pad his numbers. Which is… kind of not great.

Canon’s path to victory in a primary doesn’t seem quite as clear as it did in the beginning. His campaign (staff) is running scared of Watson. And Watson’s campaign refers to him as “the male candidate” – so that’s fun.

Just wanted to tweet some campaign finance tidbits out there since campaigns are intentionally misleading, pad numbers, aren’t realistic about what’s going on.

Earlier today I picked up a call from the 317 area code and found myself chatting with one of Watson’s tele-campaigning volunteers, who reminded me that the candidate’s New Albany office will be opening this Friday at 141 W. Main Street — and would I attend the christening?

I’ll certainly try. After all, I have a currently unanswered question. 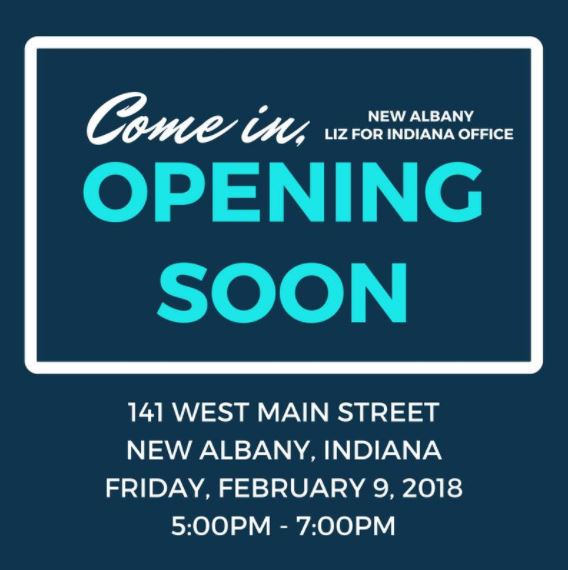 Irrespective of what may or may not transpire, we have to give Team Watson credit for superlative HQ placement.

A 10-second walk for a craft beer might be a new record.