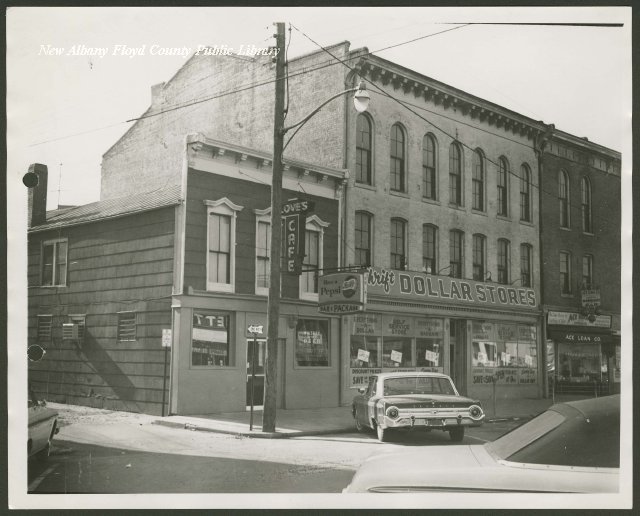 As it turns out, today was the day for Pints & Union to be revealed to the world. Thanks again to Kevin Gibson and Insider Louisville.

It’s an understatement to say we have lots and lots of work to do, but it’s good to have plans, goals and timetables. Until the grand opening, we might spend hours parsing the similarities and differences of pubs, taverns, bars, cafes and the like, as with this chat at Trip Advisor about three German-language descriptors: Gasthof / Gasthaus / Gaststätte.

It would not be Germany if there wouldn’t be a Gaststättengesetz (law).

Taken together, the two entries that follow from Encyclopædia Britannica provide a good overview of pubs and taverns as “drinking establishments,” which I’ve often described (sans irony) as my natural habitat on the planet.

Public house (alternative Title: pub), an establishment providing alcoholic beverages to be consumed on the premises. The traditional pub is an establishment found primarily in Britain and regions of British influence. English common law early imposed social responsibilities for the well-being of travelers upon the inns and taverns, declaring them to be public houses which must receive all travelers in reasonable condition who were willing to pay the price for food, drink, and lodging …

Tavern, an establishment where alcoholic beverages are sold for consumption on the premises. Tavern keeping has paralleled the growth of trade, travel, and industry throughout history and virtually worldwide. The Code of Hammurabi of ancient Babylonia (c. 1750 BCE) provided that the death penalty could be imposed upon a proprietor for diluting beer. In ancient Greece the lesche, which was primarily a local club, served meals to strangers as well as to its local members. By the 5th century BCE there were sumptuous Greek establishments called phatnai that served a local and transient clientele of traders, envoys, and government officials …

It’s been less than a year since this Mencken homage was posted, and yet it seems highly appropriate to the theme.

… In particular, (Mencken) was a scholar of the American tongue, documenting the “old” English language’s transformation into something new, vital and distinctly ours. Here is a brief excerpt from Mencken’s seminal The American Language: An Inquiry into the Development of English in the United States (Fourth Edition, 1937):

“An English saloon-keeper is officially a licensed victualler. His saloon is a public house, or, colloquially, a pub. He does not sell beer by the bucket, can, growler, shell, seidel, stein or schooner, but by the pint, half-pint or glass. He and his brethren, taken together, are the licensed trade, or simply the trade. He may divide his establishment into a public-bar, a saloon-bar and a private-bar, the last being the toniest, or he may call his back room a parlour, snug or tap-room. If he has a few upholstered benches in his place he may call it a lounge. He employs no bartenders. Barmaids do the work, with maybe a barman, potman or cellarman to help.

“Beer, in most parts of Great Britain, means only the thinnest and cheapest form of malt liquor; better stuff is commonly called bitter. When an Englishman speaks of booze he means only ale or beer; for our hard liquor (a term he never uses) he prefers spirits. He uses boozer to indicate a drinking-place as well as a drinker. What we call hard cider is rough cider to him. He never uses rum in the generic sense that is has acquired in the United States, and knows nothing of rum-hounds, rum-dumbs, rum-dealers, the rum-trade, and the rum-evil, or of the Demon Rum.

“The American bung-starter is a beer-mallet in England, and, as in this country, it is frequently used for assault and homicide.”

In closing, recall that while a bung-starter is a beer-mallet, Bung is a character from the comic strip Wizard of Id.