With barely any time to spare after issuing his daily marching orders to groveling subalterns (Jeff Gahan, NAHA and New Albany’s city council), multi-party-hydra-chairman Adam Dickey arrived back at HQ to find the toilet overflowing.

Unable to afford a plumber, he issued this statement instead. 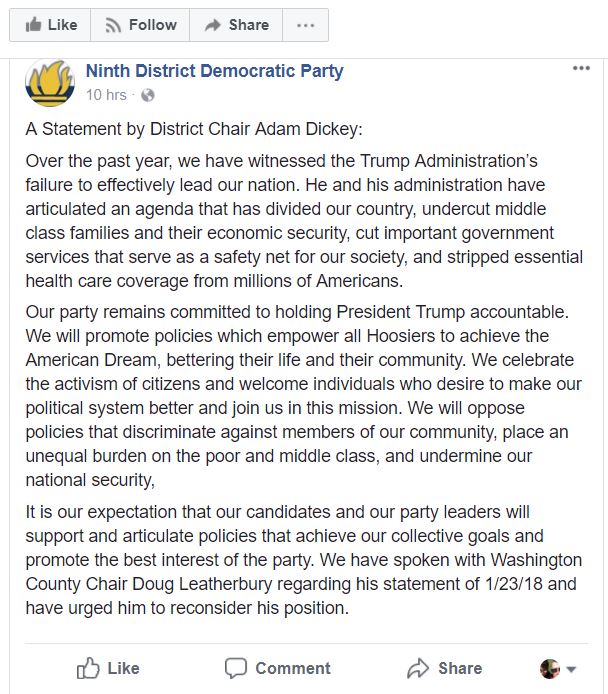 Our ubiquitous Boy Wonder refers to a social media posting by Doug Leatherbury, a superannuated Washington County apparatchik, who without warning decided to publicly praise Donald Trump and condemn anti-Trump protesters. An excerpt provided by an outraged Democrat is below; naturally, Leatherbury’s original post seems to have been scrubbed from Facebook. 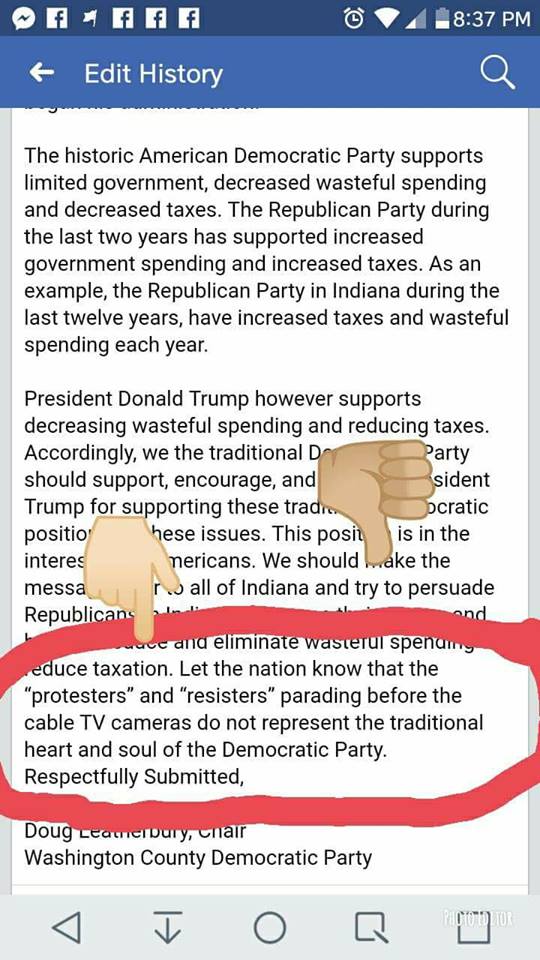 It merits only a chuckle to note that given the history of the Democratic Party hereabouts, Leatherbury’s comments are by no means removed from the mainstream. He’s right there with Ted Heavrin, Dan Coffey and hundreds of Floyd County Democrats still ambulatory and voting today.

The gut laughter begins with Adam’s predictably mealy-mouthed conclusion: Leatherbury’s viewpoint is completely at odds with everything the party stands for, and so “we have urged him to reconsider his position.”

Leatherbury surely is quaking in fear, and LBJ just rotated his coffin, but the funniest part of all?

Leatherbury’s not some Rambo-bedecked party-crasher. His name’s right there on the masthead. He’s Adam’s treasurer, for heaven’s sake.

Following is a screenshot for posterity, in which activist Julia Adams goes straight for Adam’s (and the party’s) jugular with a pointed question: If y’all really are about social justice, why the perpetual silence v.v. Jeff Gahan’s public housing takeover? 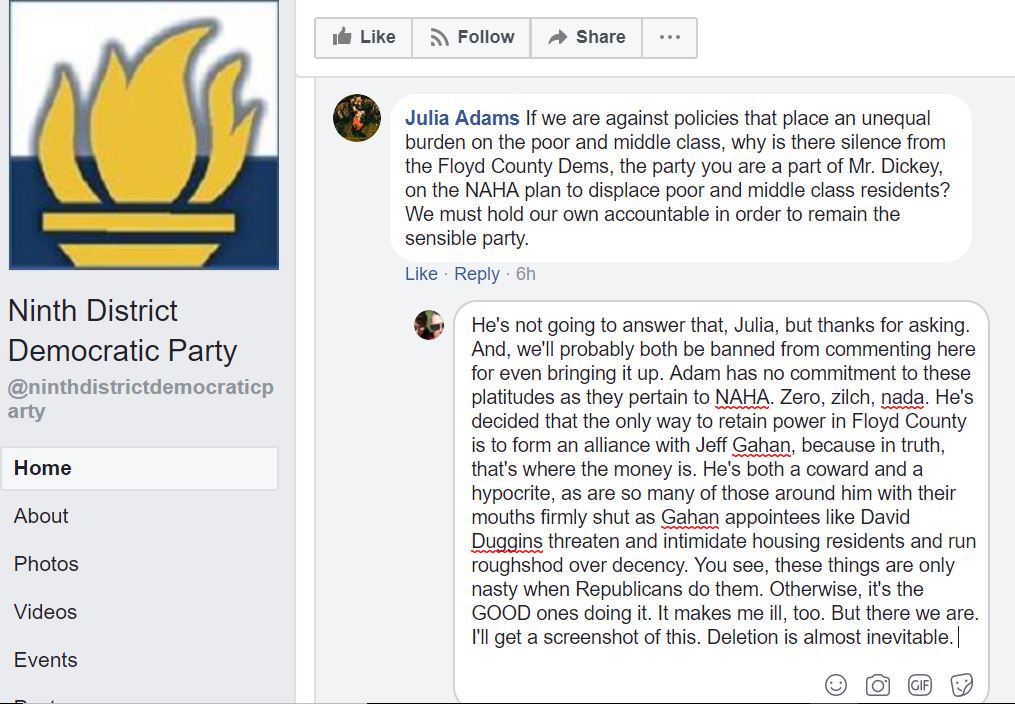 Julia is to be commended for trying to jump-start a progressive dialogue with Adam, one this Human Delete Key typically spends so much time reflexively suppressing that his own party’s Dixiecrat wing can sidle up unseen, kneecap him, and be given only a cursory “tsk tsk” as payback.


Oh, you crazy guys … now, behave, or you’ll get only a half-stuffed envelope next time!

Here’s some unsolicited advice for anyone tempted to praise Adam for his bold statement of principle: challenge him to (a) apply it equally across the board, and (b) to do more than just talk a good gesture politics game.

He rejected the Democratic Party, touts his pro-Trump, anti-progressive views at every opportunity — and continues to collect his traditional favors from Adam and the municipal hegemony preservers.

Coffey may be a reactionary quasi-fascist, but he’s not an idiot.