The advent of the Logan Street Market in Louisville (below; also reported at Insider Louisville) annoyingly recalls New Albany’s discarded chance to construct a farmers market at a more suitable downtown location, and in conjunction with other food-related developments as part of a coherent overall plan.

City Hall had no such overall plan, and still doesn’t, only piecemeal paybacks, but apart from this it isn’t necessary to go any further than developer Matt Chalfant’s forthcoming condo construction on the southeastern corner of Main and Bank.

A building like this should have been prioritized for the footprint now taken up by the farmers market. It still should. Infill and residency are more important, and the very concept of a farmers market lends itself to mobility. The farmers market might yet be moved to a location in need of an upgrade, as attached to a year-round concept just like … well, the Logan Street Market.

But no, not in #HisNA. Beaks were wetted, envelopes exchanged, and an opportunity squandered. In other words, Gahanism 101.

First, the link to the Logan Street Market story at the CJ. Then, an NAC posting from 2015 that ties it together.

By summer, Louisville will once again be home to a year-round public market — thanks to two entrepreneurs and a $1-million investment.

It’s expected both to fill a need in its surrounding neighborhoods and serve as a tourist attraction for Louisville as a whole.

Word of the market has been circulating since early 2017, with some questioning whether the project would ever come into existence. But many remaining doubts were quashed over the weekend when the Safais held a preview party at the market’s proposed space in Shelby Park.

“Tonight, people are still asking me, ‘Do you think it’s really going to happen?'” Mike Safai said Saturday. “Would I spend all this money on this party if it wasn’t going to happen?”

(Technically, public indoor markets have been around for centuries, with the most famous perhaps being the Pike Place Market in Seattle. In Louisville, the Haymarket existed on Jefferson Street in various renditions from 1891 to 2003.)


The build-out begins this week. By the way, it’s an election year. 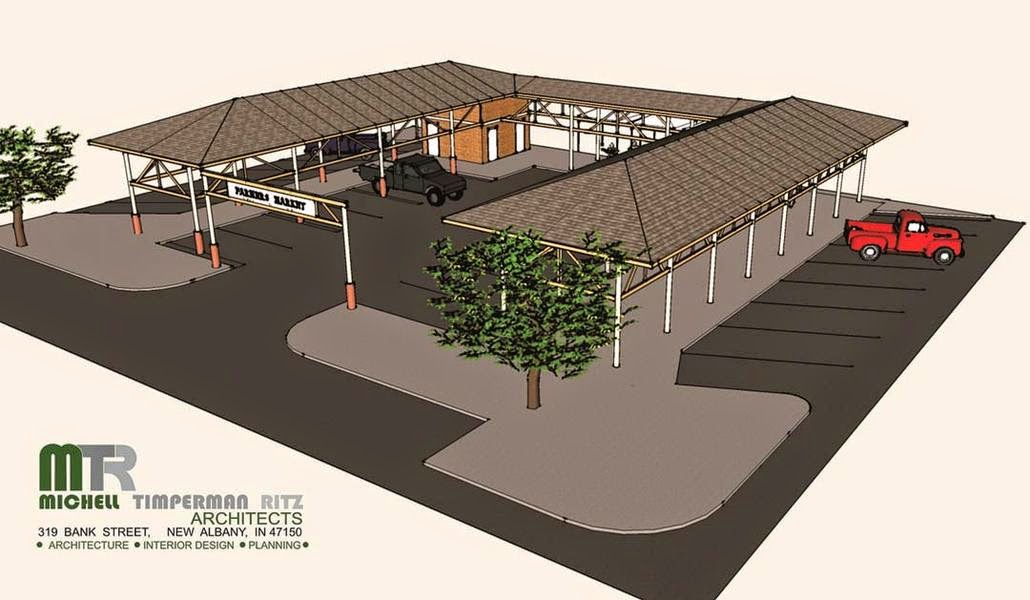 It squanders irreplaceable infill residential potential on what might be a signature downtown corner – at a time when City Hall insists that such infill is a priority.


As such, it offers yet another example of disjointed, congratulatory-plaque-ready “thinking” that does not adhere to a coherent, self-reinforcing master plan.


It blatantly contradicts City Hall’s publicly stated intent to wait for the Speck street study before making a decision.


It blatantly contradicts the city council’s publicly stated position in favor of waiting for the Speck street study.


It provides yet another example of Jeff Gahan’s enduring (and increasingly disturbing) penchant for edicts as rubber-stamped through clandestine activity with appointed boards, as opposed to public votes taken by elected officials.


It plainly rewards the wrong merchants, given that any money given to farmers (and to most vendors) does not remain in the city.


It just as plainly reminds us that as yet, there is no coherent downtown economic development plan to reward the right merchants, namely the ones who have invested in downtown, rather than loaded a truck with tomatoes from Orange County.


It may not even reward Develop New Albany, which for its many terminal faults has managed to steward the farmers market successfully, but likely now will see the market come under the control of the city parks department.


As such, City Hall’s latest exculpatory explanation that $250,000 will buy a facility suitable for use not only as a farmers market, but also as a likely parks department-controlled venue for other events (a) once again points to the unsuitability of Bicentennial Park as a venue; (b) once again points to the ongoing neglect of the Riverfront Amphitheater; (c) once again is an inefficient use of city property better saved for infill; and (d) once again testifies to City Hall’s proclivity for scattershot political appeasement rather than coherent, interlinked progress.

In which it is revealed that the farmers market expansion will be delayed a year pending further review.

On the farmers market in Bloomington, and how smart things make us look dumb.

Mrs. Baird inadvertently reveals the crux of the $321K farmers market lotto: “There was not a lot of discussion about it.”

The farmers market in Madison WI lacks facilities. No one goes there any longer because it’s too crowded.

DNA can come out of the farmers market dust-up smelling like the proverbial rose. All it needs to do is follow this script.