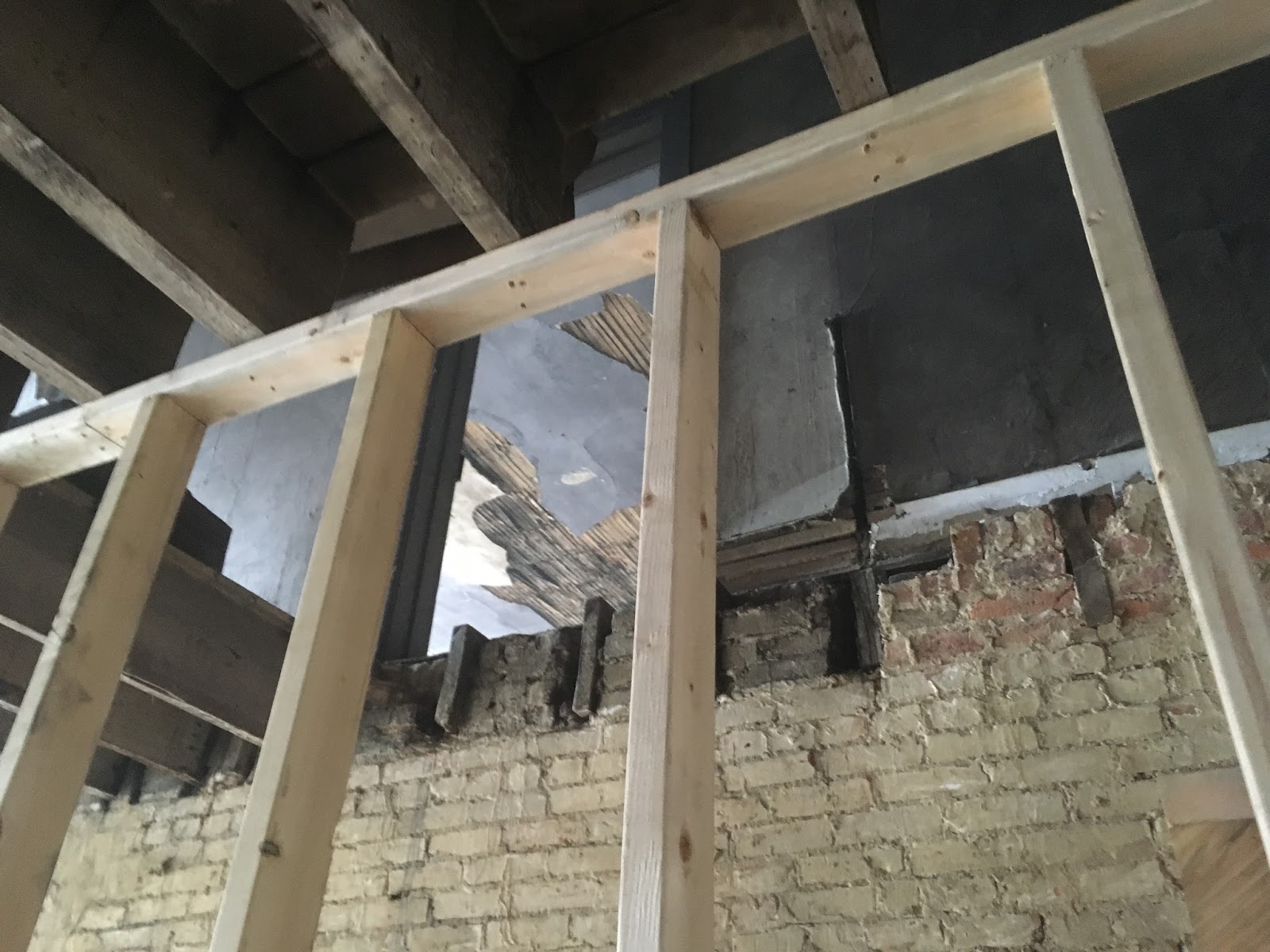 Yesterday I chanced upon Steve Resch as he emerged from his work-in-progress at 110 E Market Street, the former Ace Loan & Sporting Goods, now being renovated to become The Root coworking space.

He was holding a prescription booklet and vial from the 1920s, artifacts left behind by the pharmacy that once operated upstairs, as well as a discarded theater ticket from 1897.

Steve let me peep inside as the second and third floors, unused for half a century prior to reclamation, are being cleared of debris.