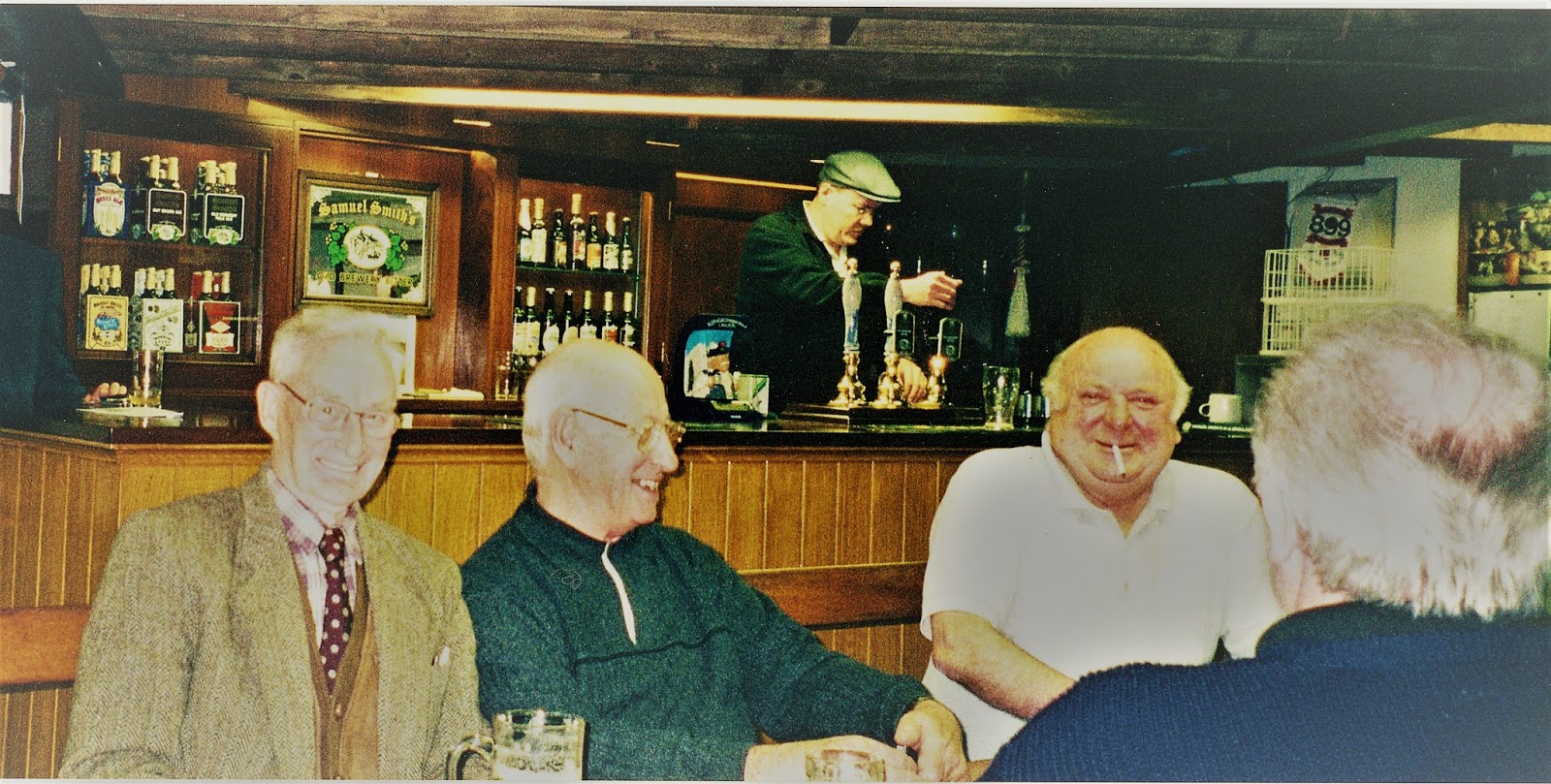 I’ve never met Joe Stange, but he just read my mind … and gave us the identifier we need so badly. Thanks to Stan Hieronymus for tweeting the link, or I may not have seen it.


The Session: Jay’s Three Questions. My Answers. That’s It.

… This month Jay asks three questions and says not to think about them too long. Here goes.

1. What one word, or phrase, do you think should be used to describe beer that you’d like to drink?

In the beers I try I’m not looking for one-night stands. I’m looking for future wives. I’m looking for the ones you invite into your house because you might want to live with them, to grow more familiar with them; they walk in on you in the bathroom and you don’t even mind. Few beers are so easy to get along with. Few offer the sort of depth that allows a lifetime of getting acquainted.

Then he does it again, at the end.

3. Name three kinds of beer you’d like to see more of.

Or, three of my own personal favorite styles. Tears filled my eyes. Yes, yes; hundreds of times over: comfort.

Not only this, but along with Tim Webb, Stange is the co-editor of CAMRA’s Good Beer Guide Belgium, an absolutely essential book, and a new edition of which should be out in 2018.

The definitive, totally independent guide to understanding and finding the best that Belgian brewing has to offer – from beer festivals to cosy cafés, upmarket restaurants to brewery tours. The Guide is an essential companion for any visit to Belgium or for seeking out Belgian beer around the world.

As I was laying out this post, another paean to comfort beer popped up in my Twitter feed, leading to immediate pangs of hunger for an authentically rendered Cornish pasty (pastie, British pasty, oggie, oggy, teddy oggie, tiddy oggin or oggy oggin) washed down with one or more adeptly pulled PINTS OF BITTER, damn it.

Good luck finding a proper English bitter in the United States. You can more easily locate gose—an obscure, recently extinct beer made in only a couple of breweries in its native Germany—than the national ale of Britain. The same Britain, to underscore this irony, that served as the model for American microbreweries 40 years ago. Yanks still make pale ales by the legion, and our IPAs were at least inspired by the English predecessor. But a 3.8% bitter, with native yeast esters, local hops and bready malts blossoming under the effect of cask conditioning? You have to go to the source.

For reasons no one can untangle, Americans never took to cask ale. Maybe it’s because too few of us have managed to visit Britain, found ourselves in a cozy, wood-paneled pub, with hands encircling a third pint. Because for those of us who have, the experience has lingered and developed a patina in our memories. My first such experience is still the most indelible: the Jack Horner, in Bloomsbury, London, after a long flight from the West Coast. A Fuller’s pub, with meat pies and tall glasses of London Pride. If your dalliances happened with Timothy Taylor Landlord or Harveys Sussex Best or Adnams Southwold, I’m not going to argue. There are quite a number of excellent bitters in England—and even more lovely pubs in which to fall in love with them.

But even stripped of the nostalgia, my vote goes to Pride. It has that lovely woody color that confuses Americans and a palate that, to IPA drinkers, is anything but “bitter.” “Balance” would be a more apt name. In London Pride’s case, all the hallmarks of English brewing are in attendance: an orangy, marmalade nose of fruity ale esters, a touch of the toffee malts and a hint of delicately floral hops. Your attention can be drawn to any of them, or you can take in the way they form such a beautiful chorus …

From the inception of the Pints & Union discussion, I’ve imagined keeping Fuller’s London Pride on draft all the time (no, not cask-conditioned; some goals will forever remain beyond reach), accompanied by Guinness and Pilsner Urquell.

Many notions have occurred to me for a fourth, permanent, non-rotating tap, but the first three seemed fixed in my mind — so long as my business partner Joe agrees, and he does.

At this precise moment, what I’m thinking about for a fourth fixed tap is something sessionable and also less expensive — if I can find it. I wonder how much Falls City Kentucky Kommon costs for a keg? Brewery sales team, if you’re reading …

Meanwhile, executing a nifty 180-degree turn, Bryan Roth gives us a composite of what made up the “best” in beer, last year. Drinking most of these beers isn’t on my to-do list; naturally, I’d happily taste any of them while seated around a table with beer lovers, sharing an experience.

What I appreciate very much is Roth’s attention to facts, analysis and detail. He should be at Five Thirty Eight, right?

More power to anyone and everyone who defines their beer life in these manners of strength, rarity and hoardability. I’m happy to have done my little bit in bringing us to this juncture. Rock on and have fun, while I reverse field.

Because they’re not where my head is, at least any longer.

I’m still looking at what I now know might be called “comfort beers” (thanks, Joe), and their quadrant on the beer map corresponds with the coordinates for “undervalued on-premise market segment.”

And I just adore undervalued on-premise market segments. Lightning can strike twice, you know. It’s all very comfortable, and a proper job.

If there was ever going to be a year in beer to highlight the “haves” and “have nots,” might as well be 2017.

Since 2014, I’ve been pulling together a compilation of “best beer” lists from writers and publications across the U.S., taking subjective choices of what is “best” and trying to add some layers of objectivity on top. (see 2015 and 2016, too) The goal of compiling these lists into one conglomeration allows for some consensus – or at least clearer focus – of what pleased the palate of “taste makers” from around the country.

A theme that began in last year’s analysis became a full-blown trend this time around, with rarity proving to be a pivotal trait for the majority of beers included across 13 year-end “best” lists. Of 150 beers provided by brewers, writers and beer enthusiasts, there were 142 different brands included in my data set. Nearly three-quarters (74.3%) were limited one-offs or specialty releases, never to be duplicated in that same way again.

An easy argument for why this might happen is simply the number of breweries (6,000+) and beers (A LOT) available to consumers, and as more people preach “drink local,” surely those local breweries will step up to provide.

Except these lists come from people exposed to beer from all over, of all availability levels, from the rarest to core lineups, and “best of” lists are seemingly getting more exclusionary year-to-year. This is not a good or bad thing, as it shows there’s phenomenal beer being made all over, but it does seem to be A Thing.

But let’s not get ahead of ourselves.

Overall, the criteria for selection into this analysis was simple: beers were focused on 2017 releases (new beers or new, annual brews) with a preference toward lists that included a wide geographic representation. An important note on the overall UNscientific nature of this analysis is that the lists chosen differ year-to-year (it’s almost literally whatever I can find) and the total number of beers is different, too. That said, the process still holds, I believe, as an exercise in moving past easy impressions to better understand what the last year has provided us.