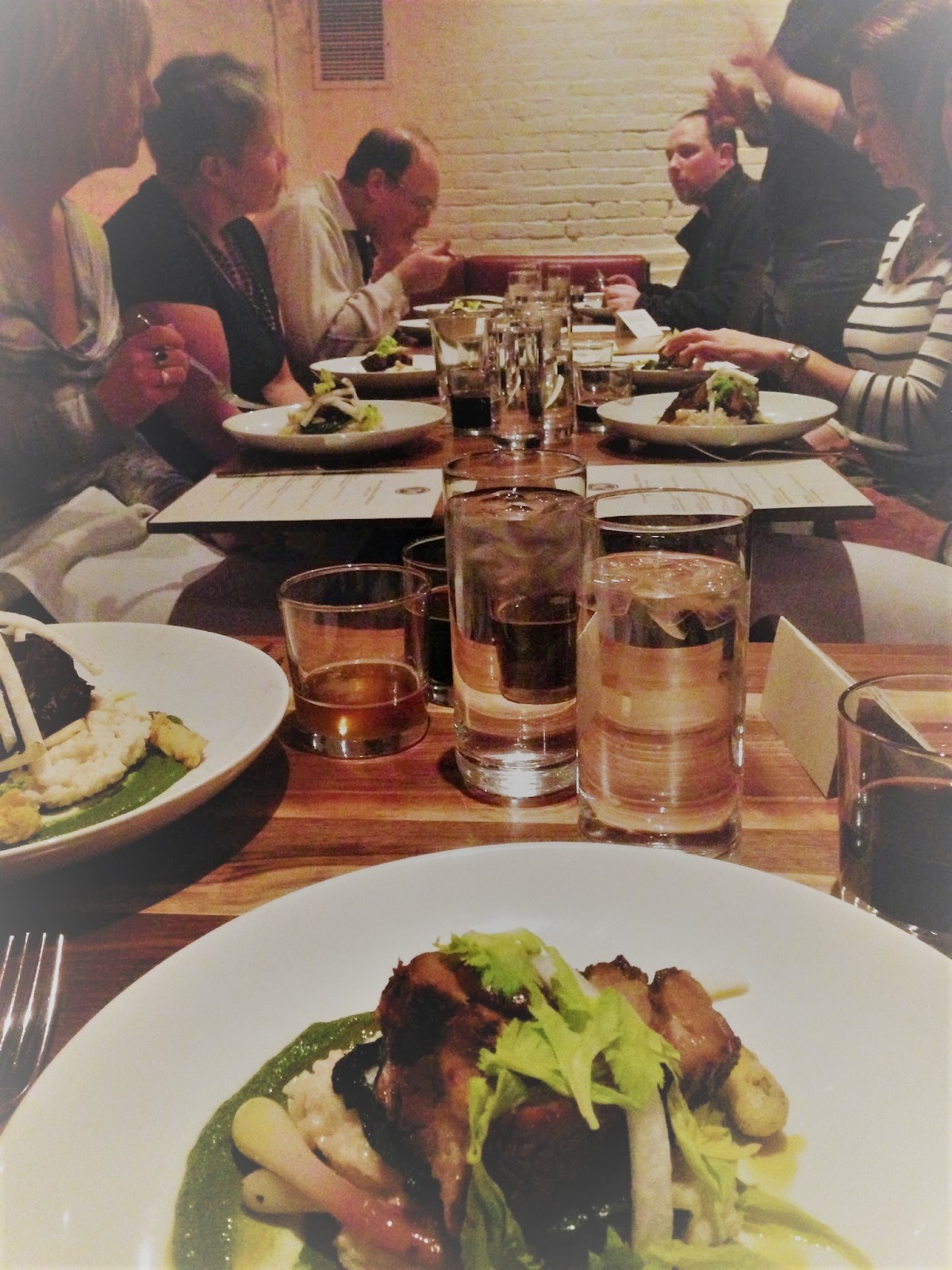 As regards drink, I can only say that in Dublin during the Depression when I was growing up, drunkenness was not regarded as a social disgrace. To get enough to eat was regarded as an achievement. To get drunk was a victory.
— Brendan Behan

My name is Roger, and I’ll be your guide for the evening. Some of you may remember me as the co-owner and beer guy at New Albanian Brewing Company, where I worked for more than 25 years.

It was great fun, and I’m proud of the role we played in the metro Louisville beer revolution. On widely scattered occasions, I even received a paycheck.

But what have I done for you lately?

Admittedly not much, although I’d suggest that for a contrarian like me, whenever the revolution’s been won, it’s time to get to work on the next insurrection. After all, there’s always a bit of tweaking to do.

These days I’ve happily picked up where I left off so long ago, as an ordinary guy who enjoys eating, drinking, conversing and enjoying life with folks who feel the same, preferably in a watering hole or an eatery that got the damn memo and does it right.

That’s because pubs are my preferred natural habitat. They’re the only places outside of my own home where I’ve ever truly felt comfortable. Much of what I know, I’ve learned at a bar —  or behind it.

At the Irish Rover, Louisville’s finest Irish pub, it’s always been said that the pub is a poor man’s university, and I couldn’t agree more. Pubs are about more than just beefsteak and porter. They’re about camaraderie and communion, too.

There’s something to the idea of lower-case communion: sharing, fellowship and rapport. Upper case “Communion” used to play its role, too; it’s no accident that brewers of old referred to yeast as “Godisgood,” or that prayers were said in the vicinity of the brewhouse. After all, we always were expected to say grace before eating, and if beer is liquid bread, it’s just as much a spiritual matter as lamb chops.

Perhaps it’s easier for an atheist like me to say these irreverent things, although in all seriousness, spirituality need not rest on a religious foundation. Any way you approach it, the feeling engendered by communion isn’t quantifiable.

Neither a photo can summarize it, nor the words I’m saying to you now. It’s the feeling of satisfaction and connectivity that comes from glimpsing a slice of what’s lasting and eternal, if only for the moment.

Consequently, what I’ve been doing lately is getting comfortable with my older, battle-tested self. The end looms closer than the beginning, and I’m learning that essences, intimacies and old friends matter more than glitter, profligacy and murder by lists.

Aristotle, noted among the agora’s habitués for his discerning wine consumption, once observed: “With regard to excellence, it is not enough to know, but we must try to have and use it,” and ultimately, beer is of little use unless we’re able to drink it.

How very true – and at the same time, oddly challenging. We’re in danger of being buried alive by a cornucopia of beer … blinded by the kaleidoscope … paralyzed at the tsunami’s approach. Choices are a blessing, as well as a curse.

Back in 1990 when I started working at Sportstime Pizza, before Rich O’s Public House even existed, there were 284 breweries in the whole of the United States. Today there are more than 6,000.

Combined with those breweries outside America from which so many beers are imported, there might be as many as 50,000 different beers available at any given time throughout the nation, whether packaged or pouring from taps.

If I started now and drank six different beers per day until I’ve tried them all, it would take roughly 22 years – assuming the selection stayed the same, and conceding that by the year 2040 or so, some of them wouldn’t be very fresh, including me.

It is said that another of the Greek philosophers, Diogenes, walked the streets in broad daylight carrying a lamp, hoping to find an honest man. 2,300 years later, a British beer hunter named Michael Jackson suggested that the search for the perfect pint should last a lifetime.

For me, being a beer lover in our current age is equal parts homage to Diogenes and Jackson. It is a search for truth in a time of staggering plenty (pun intended), when so very many choices are available that almost nothing of lasting value occurs as a result of the experience.

Three decades ago when I first started hanging out with homebrewers, the ultimate destination was far less complicated. Options in the marketplace were limited, and often non-existent, so we thought in terms of the everyday: could we make a nice dry stout, or a pale ale that tasted like Bass? If so, we’d be perfectly happy.

It sounds laughable now, but who’s to say the perfect pint couldn’t be an ale tracing its descent to Burton-on-Trent, consumed on the ideal night in a clean and well lighted place with your best friends and curry – maybe goulash, BBQ ribs or a Po Boy sandwich?

Which brings me back to your meal and beers tonight.

What you’ll be experiencing tonight is something exceedingly rare in the current time, so oddly offbeat as to be a counter-revolutionary act. Your meal tonight and those drinks accompanying it are not being crowd-sourced. Ratings have not been consulted, polls have not been taken, and not a single selfie was harmed in the preparation of this feast.

Rather, the bill of fare was selected because in the experience and intuition of Chef Fill-in-the-Blank and Anonymous Brewing, it was felt these dishes and beers belong alongside each other.

In short, your choice in this is rather limited. You’ve agreed to be a student, and to allow us to explain a bit about what you’re eating and drinking, and why we think it matters.

Tonight, if only for two hours, the wheel stops spinning. The range shrinks, as instead of tagging them all, we’ll contemplate just a few. There’ll be no test, and yet we’d dearly love for you to leave here tonight sated, pleased, and having learned something you didn’t previously know.

Moreover, we hope the courses and their chosen beers tasted good to you. Notice I didn’t use the words “paired well.” This is a conscious choice, because my New Year’s resolution for 2018 is to refrain from pretentiousness whenever possible.

Throughout the evening, I’ll be briefly interrupting the communion – I mean the beer dinner – to share a few thoughts about what you’re eating and drinking.

Finally, know that expertise isn’t required of you. You don’t have to be a star to be in this show, because hungry and thirsty is enough for us all. You needn’t identify as a geek, aficionado, snob, connoisseur or enthusiast – just someone who likes beer, and enjoys trying something different every now and then.

Maybe you appreciate a bit of history and geography thrown into the chat for good measure, and if so, I’ll be doing some of that.

All are welcome, and welcome to all.

Enjoy your meal — and keep searching for that perfect pint.