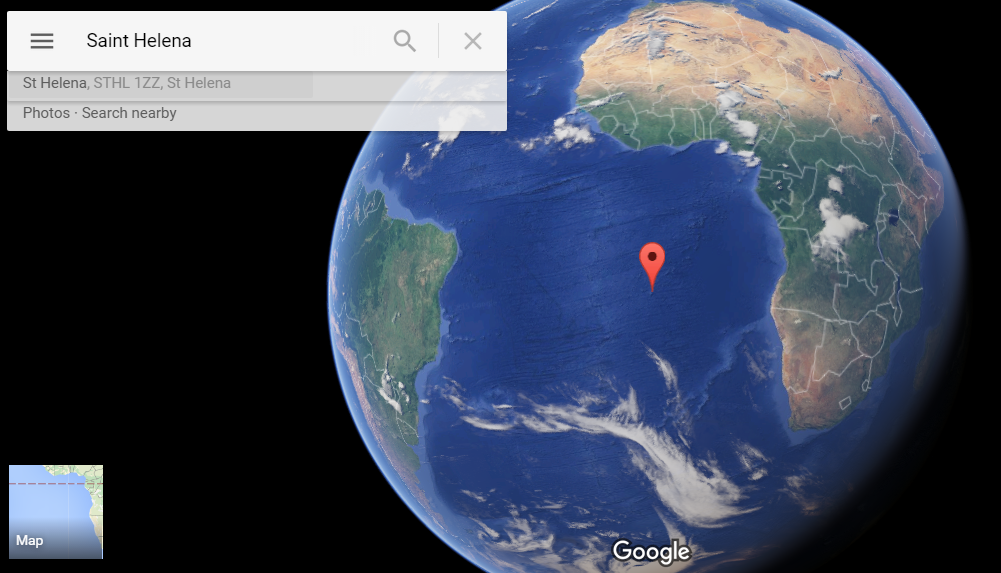 But you’ll still need to go to South Africa first.

As it was written back on September 19, 2015, I’ve always been a sucker for geography.

St. Helena, the isolated island of Napoleon’s exile, now has an airport.

“This basalt outcropping of land in the South Atlantic, surrounded by thousands of miles of water and not much else, was where, after years of searching the haunted houses of history and literature for Napoleon’s ghost, I would finally find him. It was on this remote island that the deposed emperor was exiled and died.”

The airport became operative only recently. From October 17, 2017:

The Opening of ‘The World’s Most Useless Airport’ in Remote Saint Helena, by Alan Taylor (The Atlantic)

Last weekend, after five years of construction and controversy, the tiny and isolated British island of Saint Helena welcomed its first scheduled commercial flight. Saint Helena, a British Overseas Territory in the South Atlantic Ocean, is one of the most remote islands in the world—a volcanic outcrop with an area of only 47 square miles. According to Reuters, the only way to access the island previously was by sea, “a five-night voyage from Cape Town.” The new airport, servicing the 4,500 island inhabitants with flights from South Africa, was built at a cost of $374 million. Construction was completed in 2016, but test flights ran into serious weather-related problems, pushing the opening back more than a year, leading to the nickname “world’s most useless airport.” Gathered here are a handful of images from the inaugural flight and from around Saint Helena.

Here’s a satellite view of the island, with the airport perched on the east side. 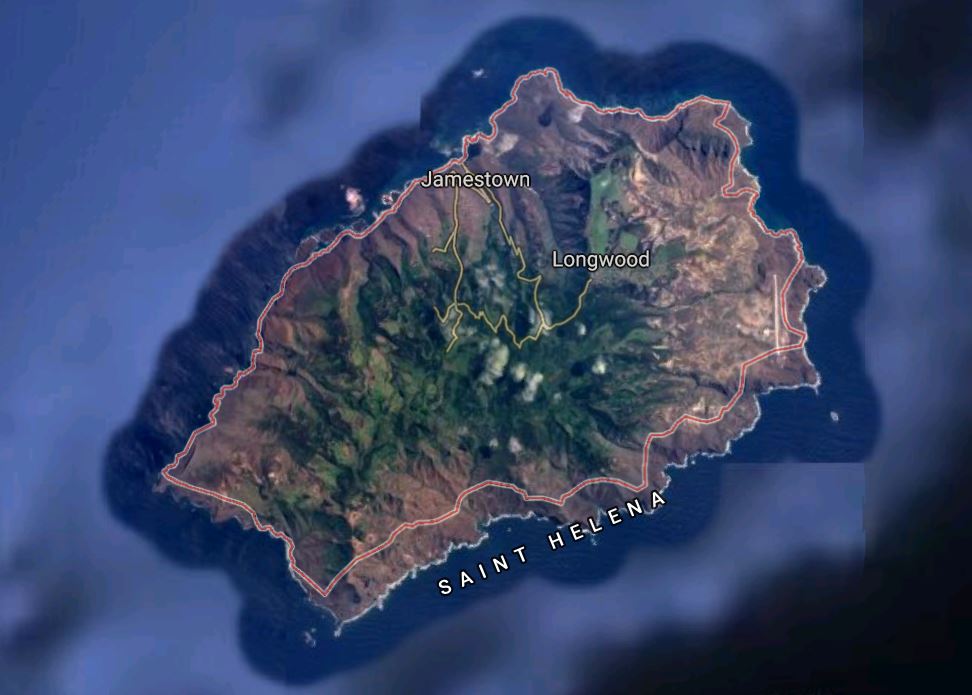 Of the many stunning views in The Atlantic’s photo essay, this one stands out. 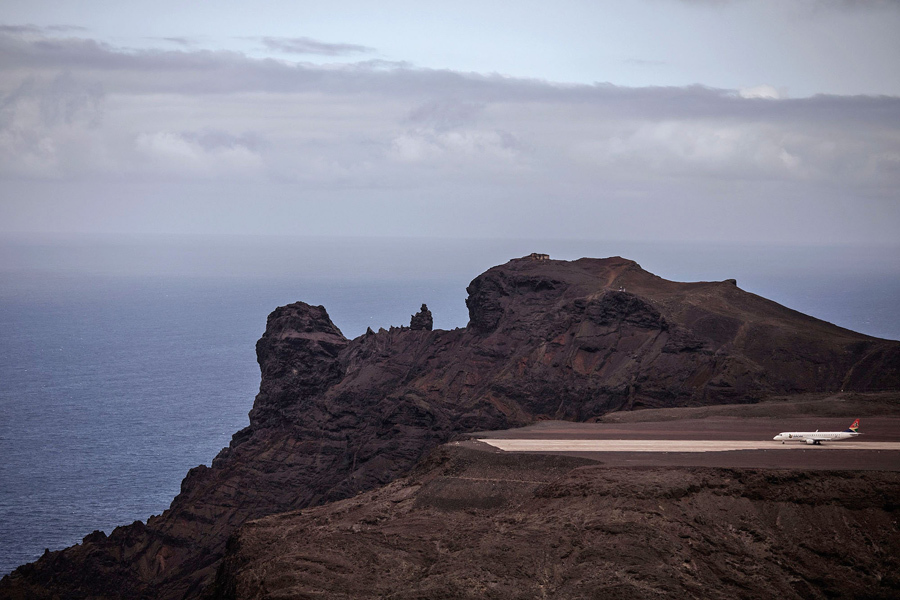 Not even a Yield sign by that precipitous drop. Does St. Helena have a Board of Public Works and Safety?