As it pertains to the Horseshoe Foundation board, its appointments come with a significant caveat in the context of recent ideological shifts.

In the past, the foundation has insisted that only real Democrats and genuine Republicans can attend its meetings, seeing as these are the only two parties legally allowed in God’s own America, with the council expected to send one sub-species of each, meaning that the sole GOP choice for eight years running has been Kevin Zurschmiede, the council’s sole Republican.

This is vitally important, given that much of New Albany’s economic development planning centers on impolitely demanding money from the Foundation, especially when the TIF Credit Card is running on vapors.

Hence this interesting diversion on tonight’s agenda, in the form of a polite resolution. 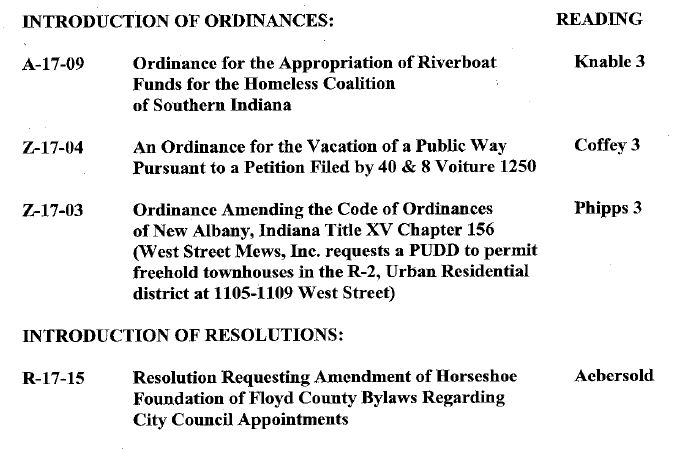 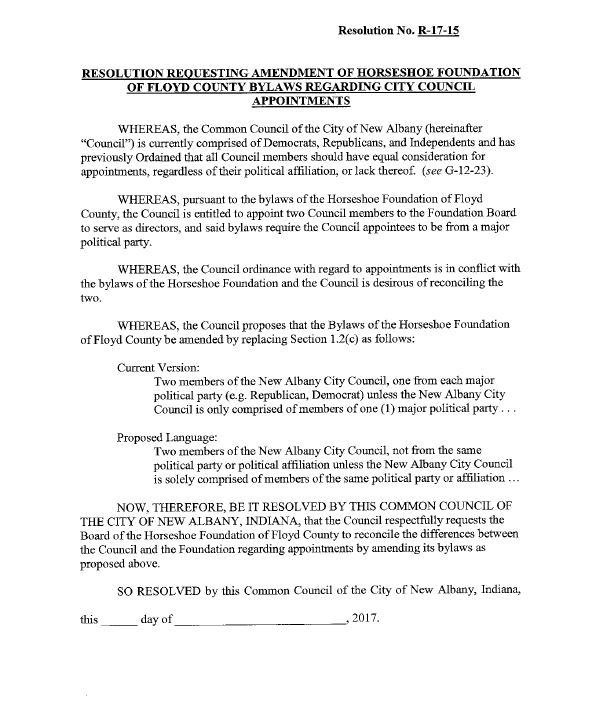 As currently constituted, the council’s partisan breakdown reads like this:

Don’t ask me to handicap this one, although Scott Blair’s example is an interesting way to extend this post a further two minutes until dinner.

At least twice in the past, Blair was appointed to the Horseshoe Foundation board, and was promptly batted back. Blair should be a natural to vote yes on tonight’s resolution, except that he also possesses a principled objection to resolutions as non-binding wastes of the council’s time –although there have been past exceptions.

Expect Coffey to be toting his abacus, all the better to determine whether this or any other proposal is calculated to Make Coffey Great Again, and if not, the proportion of axle grease needed to persuade him.

Phipps will defer to the mayor, and it may require two pre-meeting martinis to get me all the way through it.