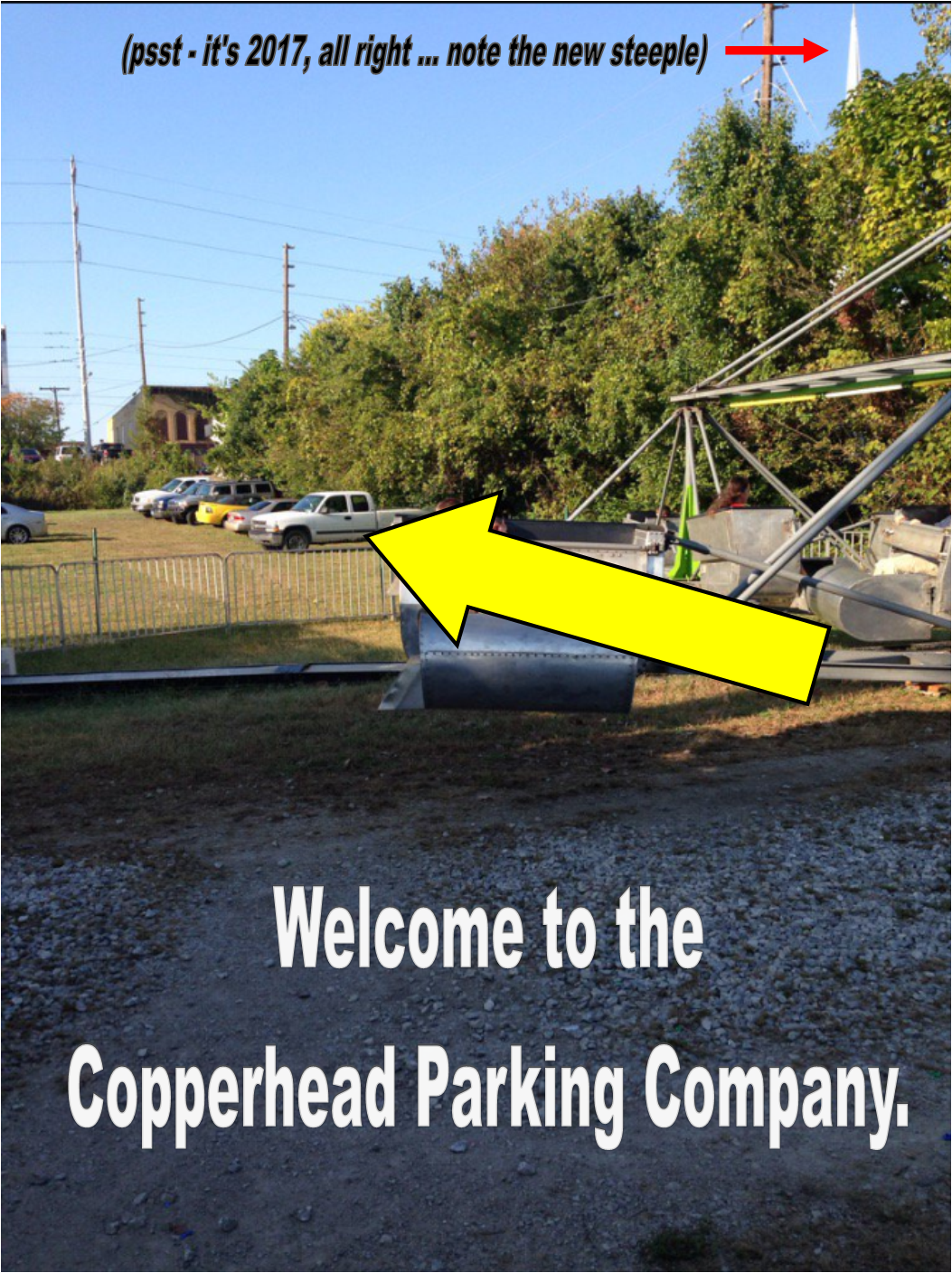 ASK THE BORED: Maserati, Mussolini, Missoula — whatever, so the Green Mouse is off to learn more about Dan Coffey’s HH parking profits at the infamous grassy knoll.

In his coverage of this morning’s Board of Public Works and Safety meeting, the News and Tribune’s Chris Morris provides a recap and confirms what Matt Chalfant told me this afternoon.

• Roger Baylor asked the board if it had given permission to the Knights of Columbus to sell parking spaces during Harvest Homecoming this year at the grassy lot near Underground Station on Bank Street. Board of Works President Warren Nash said the board did not give permission.

Dan Coffey, with the K of C and a city councilman, said the city’s permission was not needed since the lot was owned by local developer Matt Chalfant. But Chalfant said late Tuesday he did not take ownership of the lot until after the festival.

Coffey said the money raised purchased 55 Thanksgiving baskets this year for those in need.

So, neither BOW nor Chalfant gave the okay.

It’s possible the Redevelopment Commission authorized it, or even the mayor himself, though it’s unlikely.

Coffey’s wasting no time; he’s already skipped ahead to the inevitable excuse: charging drivers to park their cars on city-owned property without permission may have been illegal and all, but it was for a good cause.

Of course, there are numerous good causes around town, probably none of which realized they might be able to raise money of their own by squatting on public property for the purpose of transacting business, when the parking spaces in question might have been deployed to alleviate the concerns of downtown business owners.

We await confirmation from Redevelopment, yea or nay. Even if permission wasn’t given, someone might yet cover for Coffey if the councilman’s political value to the regime is deemed sufficiently important to conjure a few little white lies.

But make no mistake: 100% charitable donations or not, if Coffey acted to circumvent channels and used city property to generate cash, censure by the city council is the very least we should expect from our presumed pillars.

In this eventuality, Coffey really should be prosecuted — don’t you think?