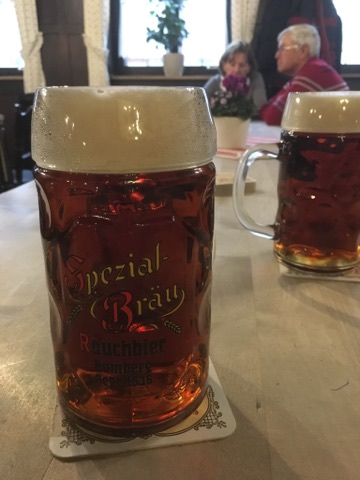 Look at the head on that!

Kim Andersen is an evil man, taunting the terminally New Albany-bound (that’s me) with this photo of delicious, freshly-poured Spezial Rauchbier, as snapped from his current vantage point in Bamberg, Germany.

However, it’s the two folks in back that make this view wonderful, because for them, it’s just a restorative mid-afternoon local pub stop.

While I’m at it, cheers to Matthias Trum and family. Kim informs me that he was drinking six-month-lagered Schlenkerla Urbock on Thursday evening. No photos of Schweinshaxe — yet. But he’s got plenty of time.

(I posted the preceding words at Facebook long before lunch on Friday, when it was mid-afternoon in Bamberg.)

Then I watched as the pub crawl proceeded, first to Greifenklau …

Instantaneous communications enables me to see the photos before Kim’s done draining his glass. The beauty of it is that I’ve been to these places enough times to possess near-total sensory recall: to taste the beers, smell the food and feel the room. It’s grin-inducing.

Closer to home — or Jeffersonville, to be exact — last December we were introduced to Pearl Street Taphouse.

THE BEER BEAT: The Pearl Street Taphouse in downtown Jeffersonville.

These days, I’m too infrequent a customer anywhere locally to merit status as a “regular” (no Stammtisch for me), though here of late we keep going back to Pearl Street Taphouse for a round whenever engaged in errands by car. 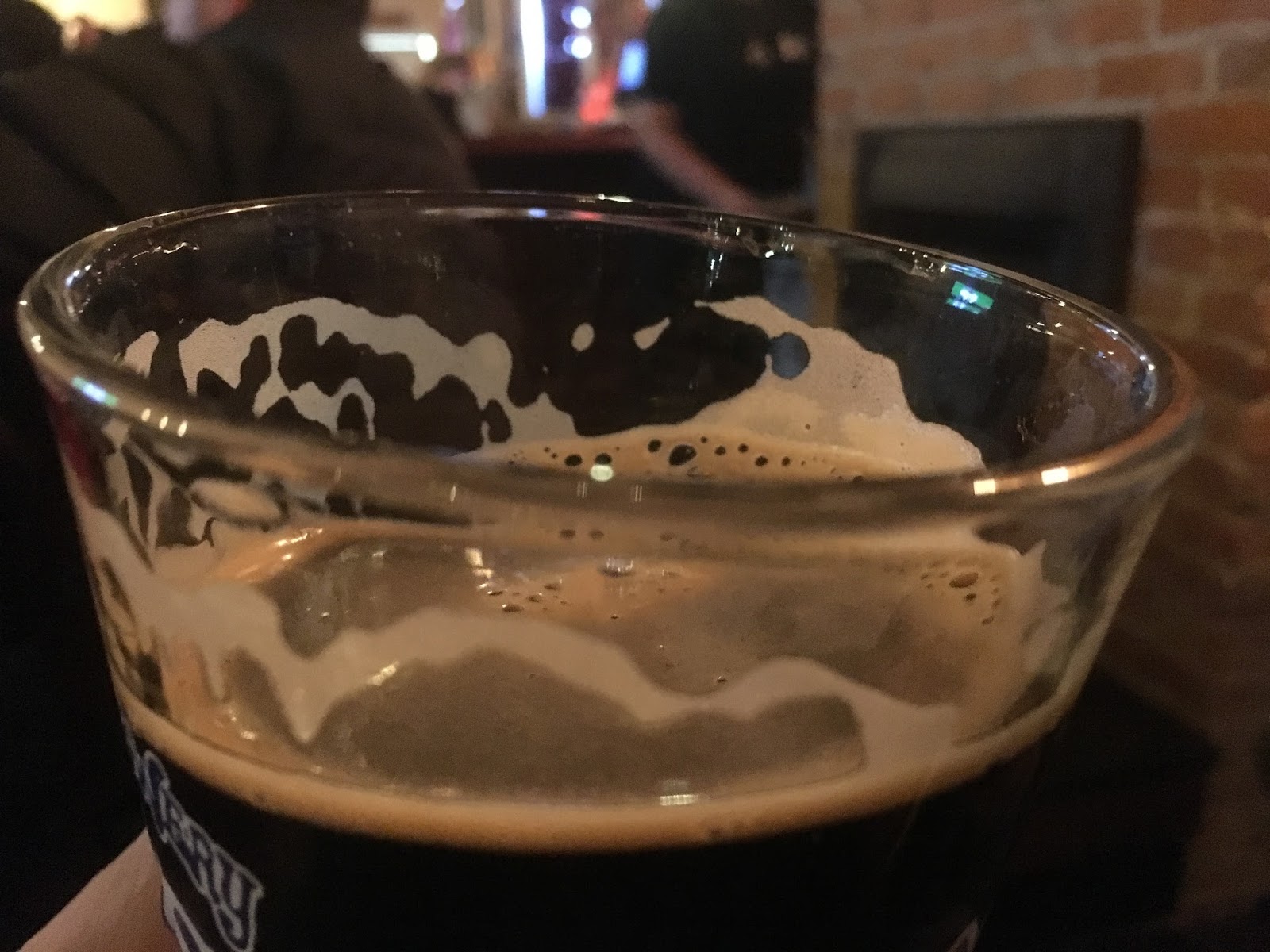 Good beer options in Jeffersonville have grown exponentially. I adore the fact that Tony Revak (you know him from Buckhead’s) is running the beer program at Parlour, and of course Flat12’s taproom is just a short distance away. Still, I like the ambiance at Kelly’s and Teri’s place; it shouldn’t come as any surprise that the size and scale remind me of the Public House of old.

Congratulations to them, and may the birthdays flow into the future.

“A foolish consistency is the hobgoblin of little minds,” unless you’re consistently branding a concept, in which case Big Four Burgers kept the same name even when the restaurant’s second location opened in the New Albany building made famous by South Side Inn, miles from its namesake Jeffersonville bridge.

Then, when Matt McMahan’s next food service idea germinated amid the vast expanse of the former South Side’s kitchen, eventually giving birth to District 22 Pizzeria, the decision to take pizza and alcohol delivery to Jeffersonville will not result in the District 10 Pizzeria.

(22 and 10 are the county numbers for Floyd and Clark counties, respectively.)

Roughly three months after opening the inaugural District 22, owner Matt McMahan said that he is expanding the pizza and alcohol delivery concept.

Now, McMahan told Insider, he plans to do the same thing at the Big Four Burgers at 134 Spring St. in Jeffersonville.

“From Day One, I knew it was too much space,” McMahan said. “I’ve been wanting to do the District 22 for a long time.”

Although the concept is still young, he said that District 22 had done “decent numbers” since it opened, giving him the confidence to move forward with the Jeffersonville store.

The ability to deliver alcohol, he said, has allowed District 22 to differentiate itself from the many other pizzerias in the area.

It’s not just swill for home delivery, either. 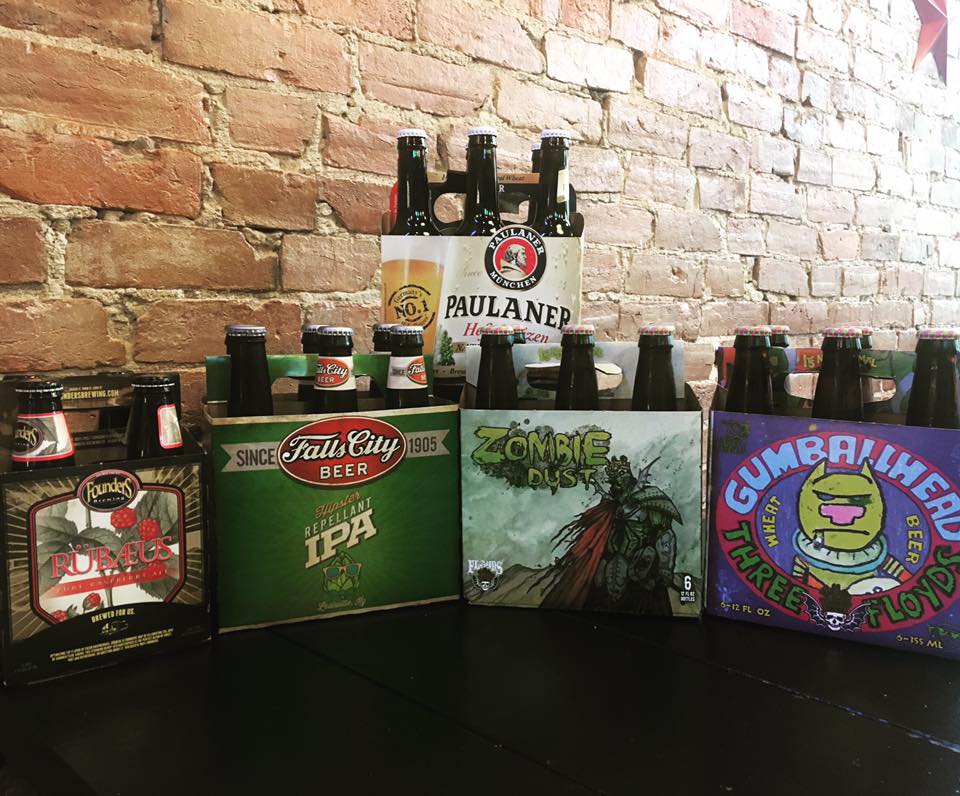 Donum Dei will become the first brewery in our immediate vicinity to add a distillery, taking advantage of a trend toward statutory liberalization during recent years, as driven primarily by Indiana’s Republicans (insert befuddled but appreciative emoticon here).

As accompaniment to Donum Dei’s announcement, the Indy Star explains the boom in Hoosier “craft” distillation.

Rick Otey, a jovial, bearded figure, is already bursting with ideas now that his New Albany brewery, Donum Dei, has a license to distill spirits.

He hopes to start by crafting a beer brandy: a beer that has been distilled. Eventually, he wants to graduate to an all-grain moonshine, a vodka, whiskey and — finally — a gin, flavored with local botanicals.

On Wednesday, Donum Dei, located at 3211 Grant Line Road, became one of the few breweries in Indiana and the only one in Clark and Floyd counties, to also hold an artisan distiller’s permit. (Huber’s Orchard and Winery claims a distiller’s permit, but makes wine instead of beer).

It’s a goal that Otey and his co-owner/wife, Kim Otey, have been working toward ever since they opened their brewery to the public in 2015. At the time, breweries had to be in operation for three years before receiving their distiller’s permit. (Now, it’s 18 months). 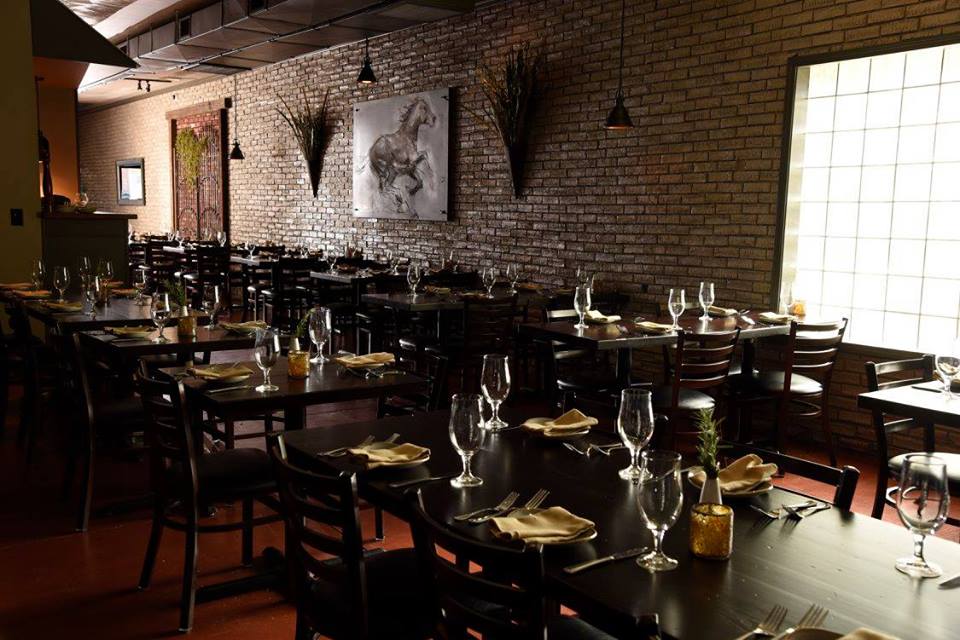 In closing, there’s a beer dinner coming on December 11 at La Chasse in Louisville.

I seldom mention events occurring across the wide expanse of water, over yonder in the big city, but as a reminder, the acclaimed La Chasse is Isaac Fox’s restaurant. New Albanian old-timers will remember Isaac from Bistro New Albany and Speakeasy.

The dinner at La Chasse will feature beers from Dauntless Distributing, which brings some of the planet’s finest brands into Kentucky, as well as handling Louisville brewers Against the Grain, Monnik and Akasha. Two NABC alums work for Dauntless: Richard Atnip and Kevin Lowber.

Details (menu, beers, price) have yet to be announced, but I’d love to see a good contingent of friends and fellow travelers in attendance. Aside from the beer angle, you owe it to yourself to have a meal at La Chasse.

There’ll be no regrets.