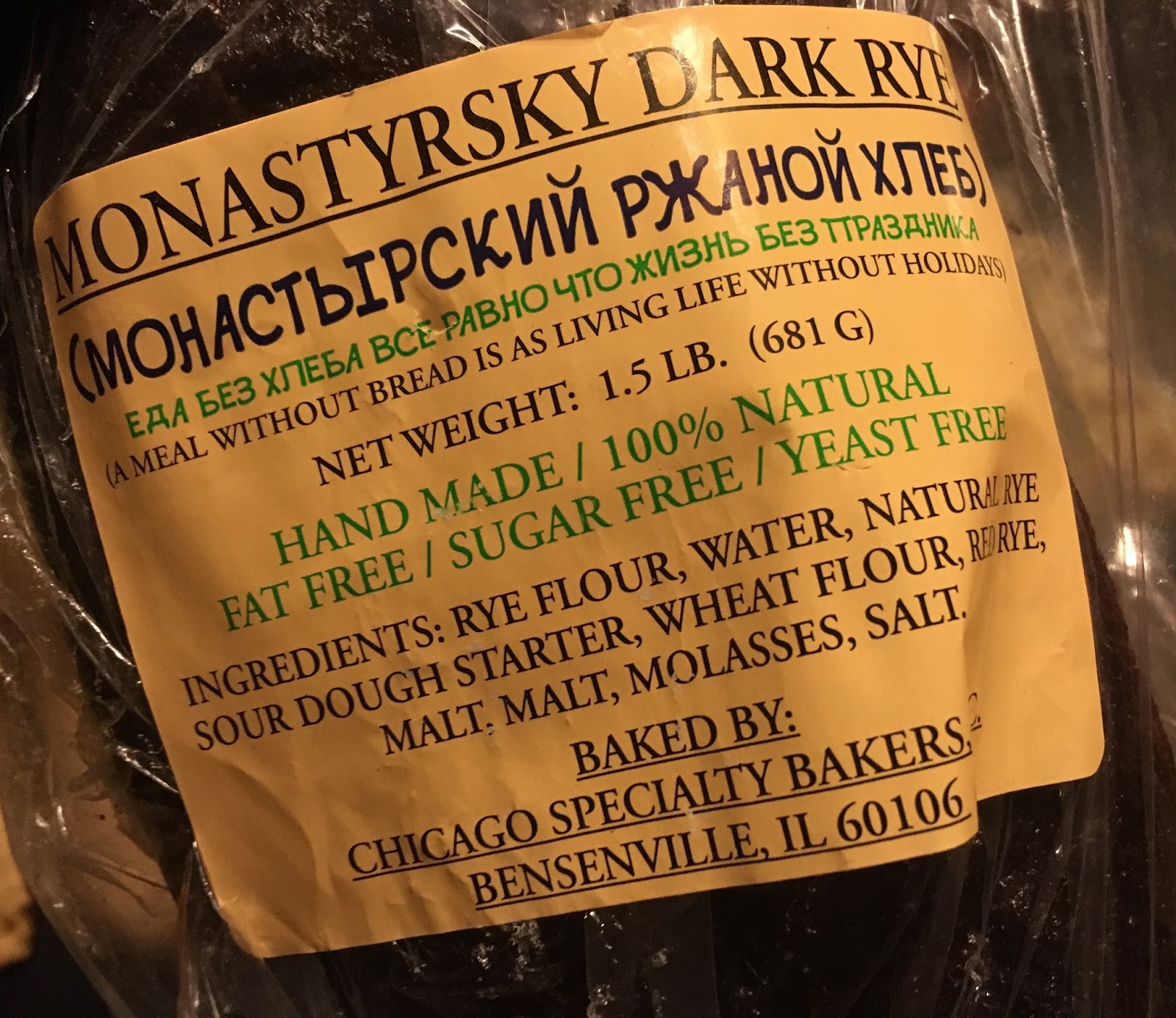 I’d have sworn this paean to Golden Key Market was posted previously, but evidently it appeared only at Instagram. At any rate, just after our return from Sicily last year I received a message from my friend Burkhard, who has served as my personal German cultural attache since we met at least 25 years ago.

Burkhard’s plan was to give me a tour of international community in Buechel.

It is named after John Buechel, a Swiss carpenter and tavern owner who established a post office at his White Cottage tavern in 1883.

There’s a big Eastern European and Russian presence in Buechel, manifested by eateries and shops, and after visiting a couple of Bosnian-American establishments for food and drink, Burkhard led me to the intended high water mark of my visit.

The loaf of delicious black rye (above) is the weight of a brick, and the matjes herring from Norway delightful in vinegar and oil with chopped onions, dill weed, salt and pepper. All of it was purchased at the Golden Key Market in Buechel.

My memory was jogged upon running across the informative article linked here. Unfortunately, Buechel’s not on my usual route to anywhere, so I’ve only been back only twice since.

However, by sheer serendipity in August while overnighting in Indianapolis, we found ourselves dining at Gregory’s, a Russian restaurant located in a strip mall on 82nd Street. Gregory’s is quite near to the site of the late, lamented Chalkie’s, and it’s great.

When I think about how wonderful the herring tasted last December, it’s obvious that a return to Golden Key is in the offing.

The door had barely closed behind me when I received Oleg Gold’s warm welcome. “Would you like tea or coffee?” he asked, smiling as he ushered me into his compact and vibrant market.

Two glass cases flank the left side of the shop, filled generously with cured meats, cheeses, whole smoked fish, and golden tins of caviar. Four short aisles stretch along the right side of the store, an enticing array of packaged goods decorating the shelves. Any spare space is filled with an assortment of everyday sundries, from newspapers and greeting cards written in Russian, to first aid items in Russian language packaging. There is much to take in, and I am instantly eager to be spirited away by this treasure trove of goods from across the globe.

Gold sets me up with a drink the shade of a brilliant green, an all-natural soda direct from Russia infused with an herb that he isn’t even sure has an English name. I sip and nibble on Turkish tea crackers as Gold shares the story of how he came to own this shop with Arina Safarova, whom he met a few years after arriving in Louisville.