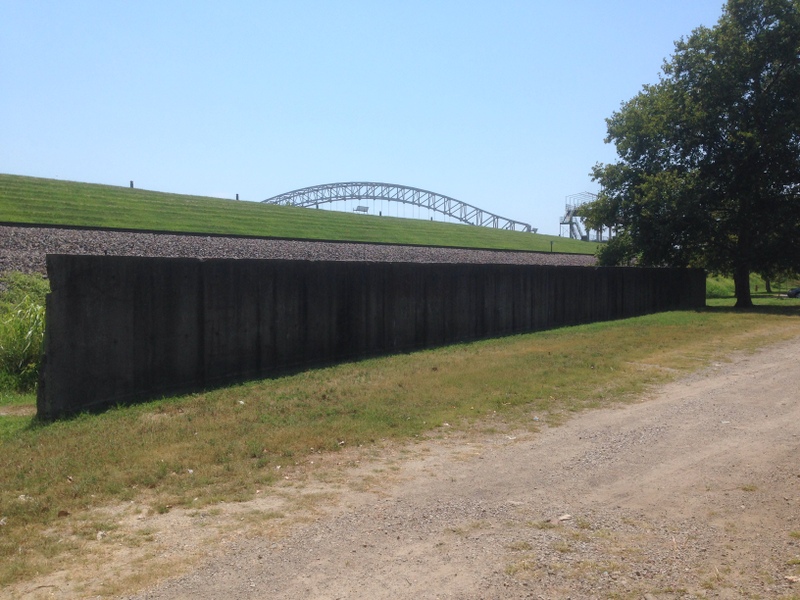 The grassy expanse at 32 Bank Street is the city-owned space adjacent to the levee recently immortalized by Dan Coffey in “Brother, Can You Spare a Dime to Park During Harvest Homecoming?”

The lots in disarray at 1629/1637 Market Street (the Vinod Gupta Vincennes Revitalization Project) are where Tommy Lancaster Restaurant and Market Boy used to stand.

UPDATE: 90 days later, Deaf Gahan’s “blight and eyesore” has been superseded by “eyesore and blight” — and DNA jauntily approves.

Matt Chalfant is the developer behind the proposal at 32 Bank, which presumably will be residential, further complicating the Orange Occupation’s plan of operation (and Coffey’s pocketbook).

The entity submitting a proposal for 1629/1637 Market is Progressive Land Development LLC, with Paul Barber listed as registered agent. Previous public announcements by disgraced former redevelopment kingpin David Duggins suggest that mixed use (residential and retail) are desired in this location.

Redevelopment minutes for October have not been posted, and these the August record provides no more detail than you can see in these excerpts.

Do you have more detailed information? Let me know. The 3rd floor oddly has become reticent in communicating with the blog.