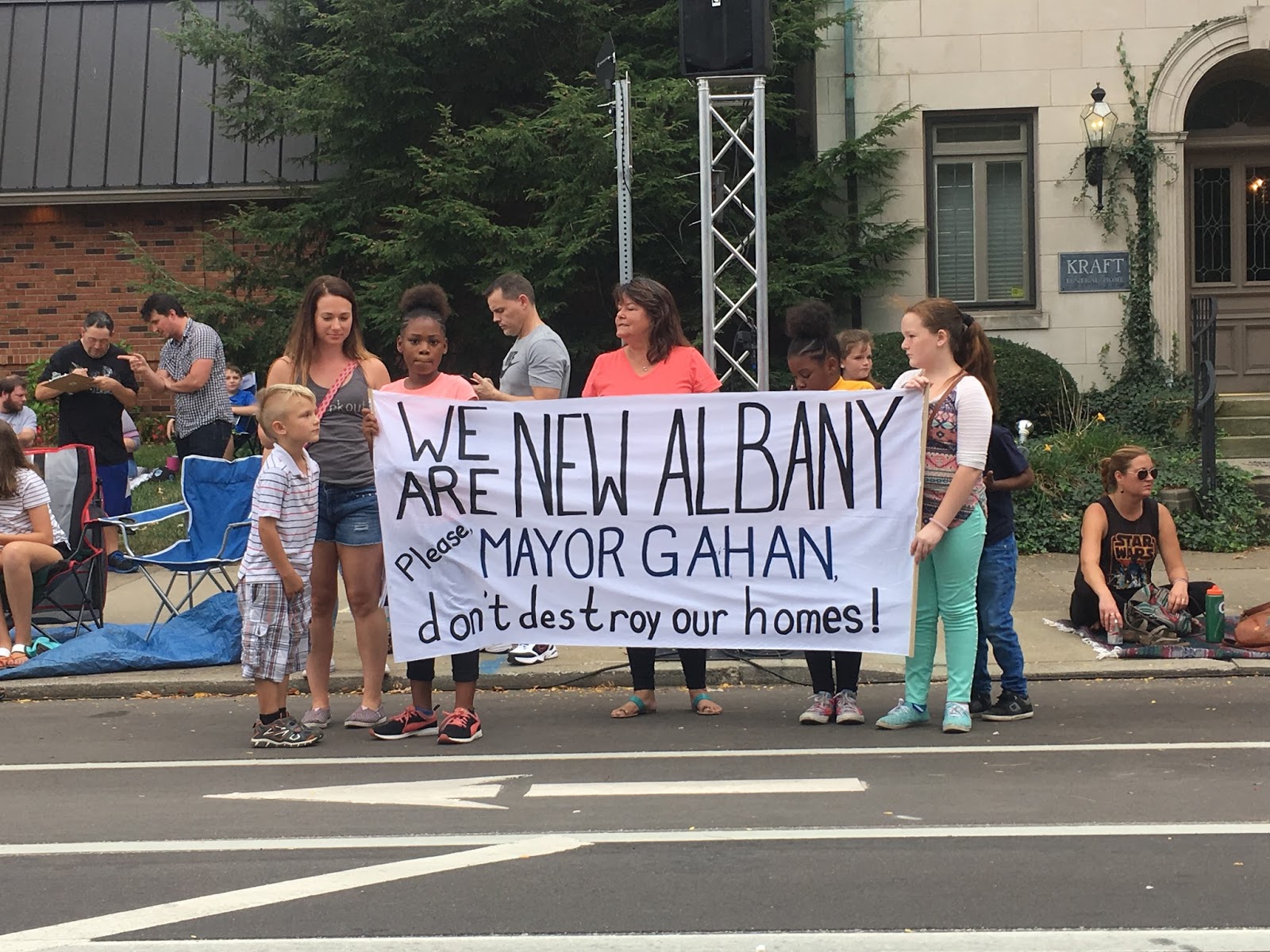 Thanks for reading NA Confidential, where we enjoy scanning the neglected periphery for uniquely local perspectives. NAC’s October numbers were way up, testifying to a keen ongoing interest in New Albany stories, perhaps because they’re being chronically under-served elsewhere.

After all, stenography and religion columnists get us only so far.

The October list begins with ten “honorable mention” posts, before concluding with the Top Ten, escalating to No. 1. Stats are derived from Google’s internal numbers listings.

As a special note for October, observe the perfect symmetry of the honorable mention tie at 455. They go together like peanut butter and toadstools.

Did the money actually go to the city, or did it go into Dan Coffey’s pockets?

Did the Board of Works grant permission for city-owned property to be used in this way?

(Later, the Green Mouse glanced back at BOW’s recent minutes, and could find no reference to Coffey, parking, the grassy non-knoll, or permission to conduct business there.)

Books: “The Rage of White Folk … how the silent majority became a loud and angry minority.”

“Each of these books offers a different vantage point from which to view the discontent of white working-class people; taken together, they provide us with a look into the travails, anxieties, and developing rage of a constituency that is often depicted as helping to fuel this period of political reaction. With the exception of Gest’s book, they illustrate some of the limits that emerge when the phrase “white working class” is invoked and, as a result, remind us of the dangers of homogenizing white workers politically. They also serve as a reminder of just how little we still know about the moment we are in.”

Renewing friendships in Haarlem. Being thankful. Promising to be back soon.

On September 20, 2017 mother and daughter arrived by bicycle to Haarlem’s Grote Markt, the market square lying outside the doors of the pleasingly esoteric Hotel Amadeus. Diana and I were waiting. It was a letter-perfect autumn day, and so we had an outdoor drink across the way at the Grand Cafe Brinkmann, where it soon became obvious that Marilyn is a dynamo. She’d been raised speaking Dutch with Inge and English with Bill.

“Pedestrians, who are supposed to have the right-of-way, are required to press a button at an intersection in order to get a walk signal, which should happen automatically.” 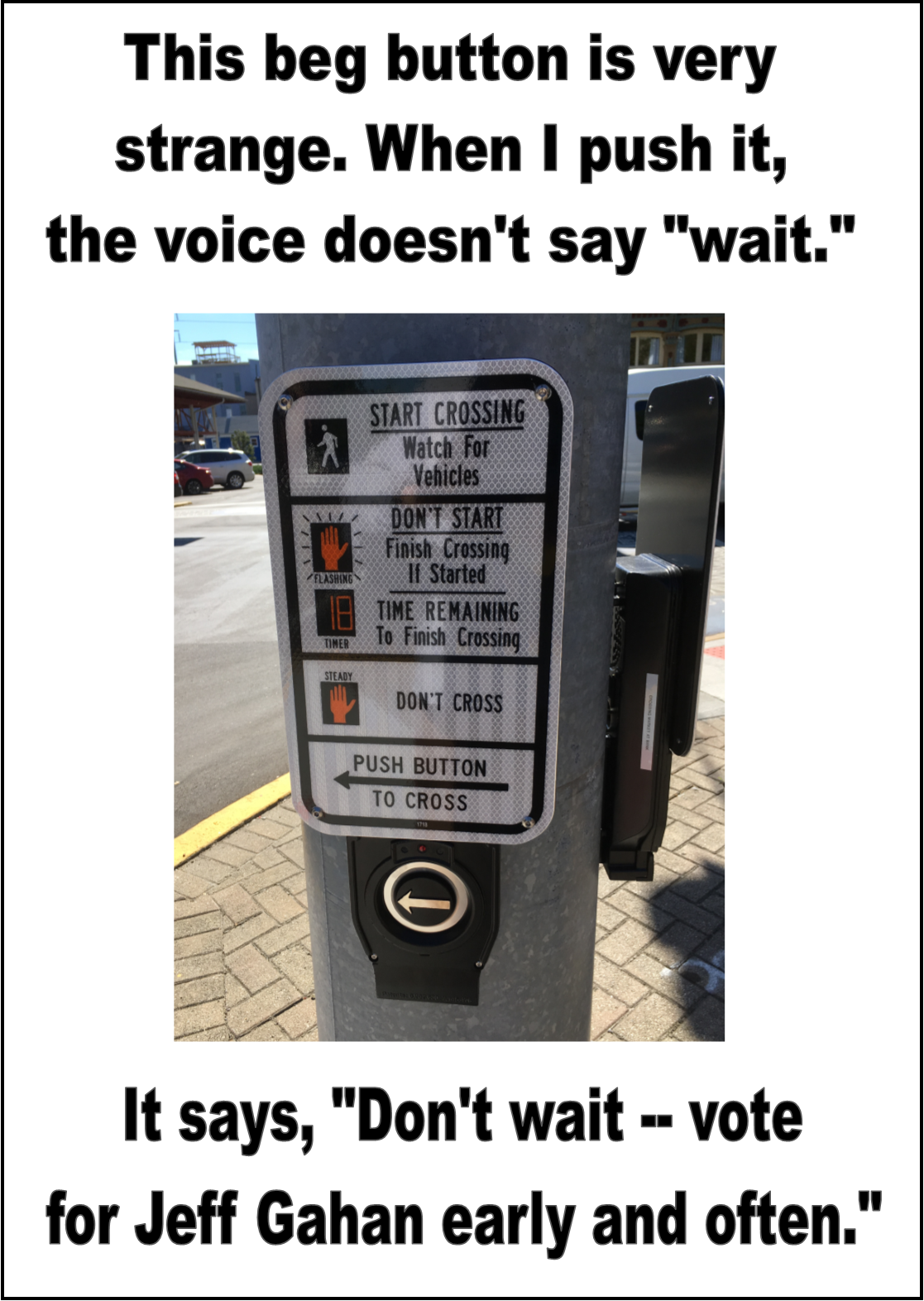 Concerned about Gahan’s public housing putsch? You are invited to a meeting of We Are New Albany this Wednesday at Destinations Booksellers (7:00 p.m.)

In fact, Gahan’s entire political career has been based on non-transparency, and so it’s not surprising that while his public housing putsch was being planned during term one, no mention of it was made publicly during the 2015 campaign. Privately? That’s another matter. White New Albanian males of Gahan’s generation possess their own array of dog whistles pertaining to the ancestral mythology of public housing as mortal threat to a suburbanite’s placidity and a city’s progress.

We’ve all heard about something too big to fail. Welcome to the story of a 700-foot house too small to (be allowed to) succeed.

UPDATE: 90 days later, Deaf Gahan’s “blight and eyesore” has been superseded by “eyesore and blight” — and DNA jauntily approves.

Boy, what a difference three months makes. Now two-way traffic on Market affords motorists an entirely different view of the former eyesore. As the Green Mouse says, “Those gaping holes and half-buried debris are all autumnal and shit.”

Too bad the USA is dropping out of UNESCO, or else we might have a new tourist landmark: The Duggins Cool-newal Urban World Heritage Site. I wonder how many public housing units would fit in this space?

Pay attention, Shane, because “Joe Lycett has a very interesting story regarding his parking fine.”

With respect to Jeff Gahan’s machinations v.v. public housing and the New Albany Housing Authority, this podcast is the gold standard. Gahan may be able to coo sweet nothings into the ears of enduringly gullible local media sources, but his ethically and morally bankrupt ongoing actions against New Albany’s low-income residents are explicated in full by Myerson.

Since the New Albany housing issue seems to be one of local, and not state government, and since I am not terribly familiar with all of the details, and since it has been very controversial, this has seemed like a great one to not get involved in at this time. However, since you are so insistent to press me on the issue, I will give you a statement. Please bear in mind that I admittedly do NOT have full information, in part because I do not think full information is yet available at this time.

HH Parade 4: Watch as Dan “Grand Inquisitor” Coffey throws live copperhead snakes at parade-goers — but the funeral school has the last (and perhaps only) laugh.

For the kiddos, Coffey had papyrus scrolls detailing the ins and outs of the rhythm method, which paired perfectly with the embryos being tossed onto the street by Right To Life. At the same time, speaking personally, I prefer baby snakes to copperheads, but then again, I’m not a Falangist.

Main Street intersections at Bank and 4th are hazardous for pedestrians. Where’s City Hall, apart from a state of denial?

Jeff Speck had thoughts about this. These are 17-foot traffic lanes and 8-foot parking depths. That’s a whole 50 feet from one side to another, without any effort to slow traffic or assist pedestrians.

You see the damnedest sights from the levee on a Friday at lunch.

As I’m sure Lt. Colombo would ask, “Now, if they’re the girlfriends or wives with those guys on the bus, why didn’t they all get on the bus at the same time, together?”

Surely there are a number of explanations, although when I mentioned it to the Green Mouse, he told me it’s a relatively simple matter to hire models for outings, although it’s less clear why you’d need them.

“This was amateur hour fraud. It was Gulf of Tonkin for idiots: a ham handed effort to isolate people brave enough to dissent in the face of the most powerful people in the world and raise issues of racism that this administration is too craven to discuss. It’s also very disturbing. The very week Sarah Huckabee Sanders spoke about Trump’s “respect for the 1st Amendment,” we had a staged spectacle with the highest levels of government attempting to intimidate and coerce people to not exercise those rights. It’s disgusting and another example of Pence’s degradation, his Faustian bargain with this administration.”

Be careful what you wish for: “The President Pence Delusion,” including a pivotal cameo by a New Albanian we all know.

Absolutely vital reading in The New Yorker. It is impossible to summarize several thousand words with just one paragraph. I’ve chosen to highlight the essay’s conclusion. But you’re curious aren’t you? Well, if you want to know which New Albanian was interviewed for the article, you’ll just have to go look for yourself.

Grid Control, Vol. 28: Elm Street capitulates to two-way modernity with a whimper, not a bang. Now, to the next stage.

I’ll always be fascinated by a decade or more of sheer sloth and acrimony, followed by 3-4 years of municipal bureaucratization, then the doomsday predictions of dozens of experts on social media — and two days after Spring Street became two-way, there was complete and utter silence, with nary a peep since.

It’s just music to me: The Louisville Orchestra plays Mostly Mozart at the Ogle Center.

Last night we attended the first of four Louisville Orchestra performances at Indiana University Southeast’s Ogle Center as part of this season’s Neighborhood Series. On November 11, the LO will be back at Ogle with Teddy Abrams conducting Russian Easter Overture and Scheherazade, two personal favorites by Nikolai Rimsky-Korsakov.

From the folks who brought you Exchange and Brookyn, Longboard’s Taco & Tiki is coming to downtown New Albany in 2018.

“The Southern Indiana dining scene continues to see growth as proprietors Ian and Nikki Hall, owners of The Exchange Pub + Kitchen and Brooklyn and the Butcher, announce their latest project, Longboard’s Taco & Tiki.” 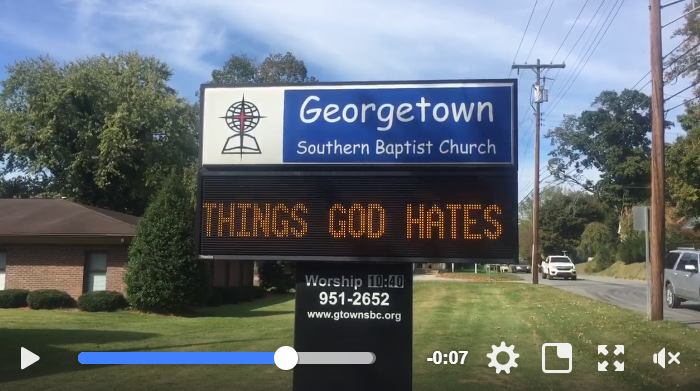 In short, His Excellency had an impromptu Ceausescu moment while soaking up the adoration of the gathered throngs. Not unexpectedly, these protesters weren’t mentioned at all in the feel-good News and Tribune article about the rolling snooze-fest. Perhaps someone from the newspaper’s burgeoning stable of religious advocacy columnists can perform coverage in future years; at least we’d garner a “hosanna” in this manner.