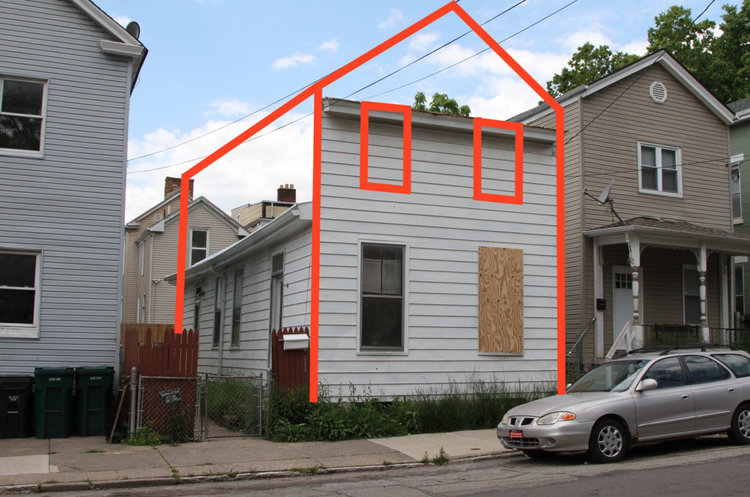 We’ve all heard about something too big to fail. Welcome to the story of a 700-foot house too small to (be allowed to) succeed.

A couple years ago, I bought a $15,000 uninhabitable house in Cincinnati, Ohio. The copper had been stripped out and no one had lived there for years. This was on a street where a third of the homes were in similar condition. When I told my friends back home in California, there were a few raised eyebrows. I shrugged. Buying a $1,200,000 one bedroom condo in a trendy coastal city seems far more terrifying to me. The little seven hundred square foot shotgun shack in Ohio was so inexpensive that if it turned out to be the worst financial decision of my life I’d only lose $15,000. It was like buying a used Volkswagen.

Well… Last month I sold the place for slightly more than I paid for it. The resale price covered my initial cost, the real estate agent’s fee, and a year of taxes and insurance. If you squint, I broke even. But if you add in other expenses associated with my attempt to renovate the place, I lost about $3,000. That’s not enough to care about in the big scheme of things, but not great either. Like I said… it was basically a used Volkswagen. So what happened?

What happened was a bureaucratic nightmare. If only the author had been eligible for sewer tap-in waivers; alas, his name is Sanphillippo, not Flaherty Collins.

I hasten to point out that in the year my designer struggled to get multiple unresponsive city bureaucracies to give us the green light on our little shack addition, a 131-unit apartment complex went up three blocks away. All the high mucky mucks were at the ribbon cutting ceremony for the cameras. The new building was “transformational.” It was “catalytic.” It was proof that a progressive developer and enlightened city authorities could work together to turn the neighborhood around.