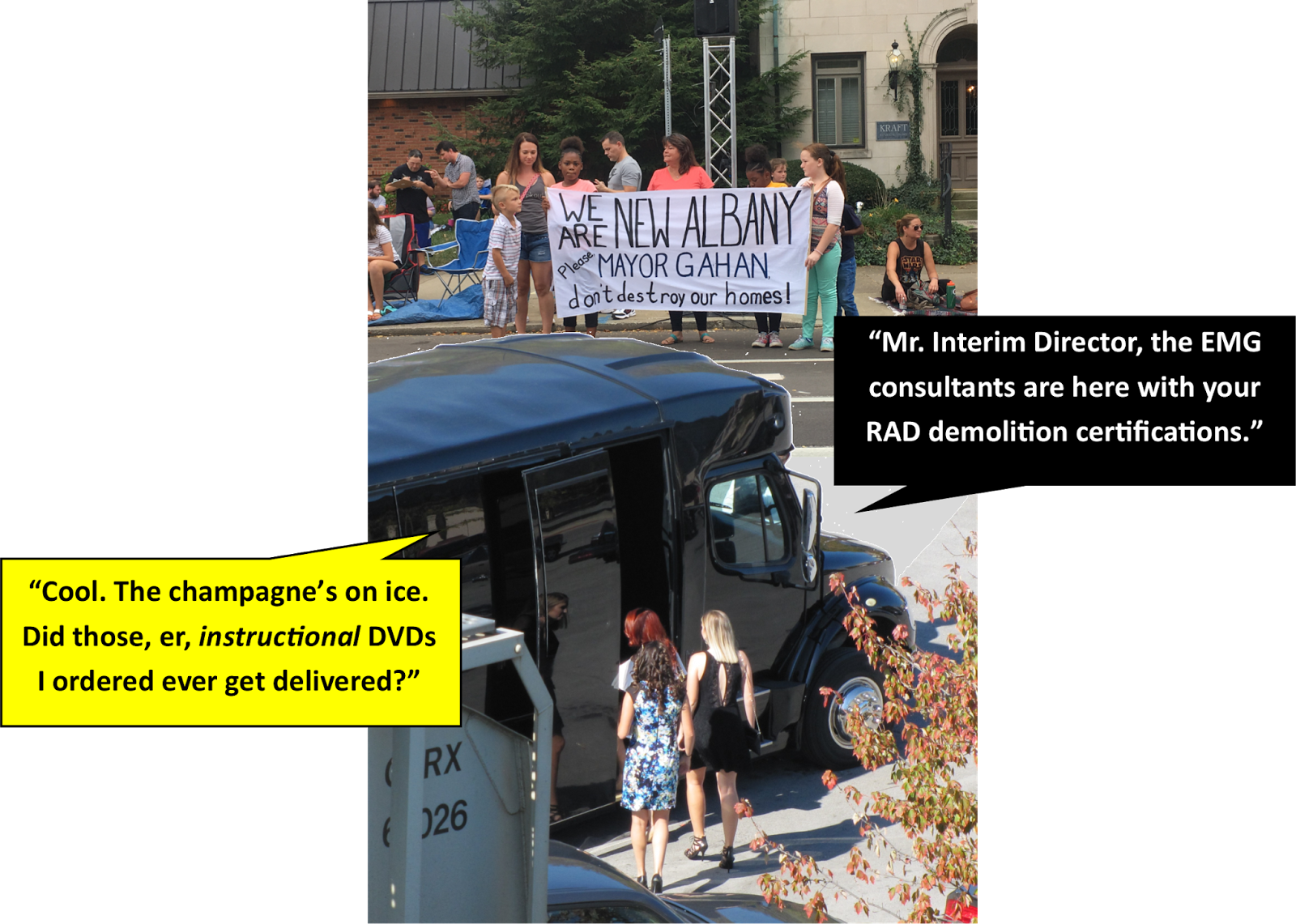 Previously: In truth, Gahan’s public housing putsch is an assault on working people — and Floyd County’s Democrats OWN it.

I was thinking back to my mayoral campaign in 2015, which is something I seldom do — water under the bridge, and all that. It seems to me that while the topics of affordable housing and homelessness were broached two years ago, both my opponents generally ducked them.

As significantly, I can’t recall the issue of public housing being discussed at all, at least to any length. I was aware that the NAHA had an ongoing plan to leverage tax credits into a 1:1 demolish and rebuild, and I knew that Bob Lane was on top of it. I’m not sure anyone outside the inner sanctum was aware of Jeff Gahan’s intentions. It was off the radar, and Gahan preferred to keep it that way.

Gahan’s entire 2015 campaign came down to this: “Look at all these bright shiny objects — want more? I’m your man.”

In fact, Gahan’s entire political career has been based on non-transparency, and so it’s not surprising that while his public housing putsch was being planned during term one, no mention of it was made publicly during the 2015 campaign.

Privately? That’s another matter. White New Albanian males of Gahan’s generation possess their own array of dog whistles pertaining to the ancestral mythology of public housing as mortal threat to a suburbanite’s placidity and a city’s progress.

Too bad Gahan didn’t have the courage to place his cohort’s socio-economic prejudice on the 2015 ballot. He’ll have another chance in 2019. I wish I’d have been more pro-active about it.

But as always, I digress.

On Wednesday evening (November 1), 7:00 p.m. at Destinations Booksellers (604 E Spring Street), there’ll be a meeting of We Are New Albany, a grassroots movement being organized by Hoosier Action, as summarized by this recent NAC header.

Meet WE ARE NEW ALBANY, and tell Jeff Gahan: No demolition of public housing without a plan to replace!

I’d like to invite my friends and co-conspirators from the 2015 pirate raid to attend this meeting and learn more about this movement.

And don’t forget the on-line petition.