Second billing? The mayor’s being coy for once. Given that the Englands attached plaques to themselves … 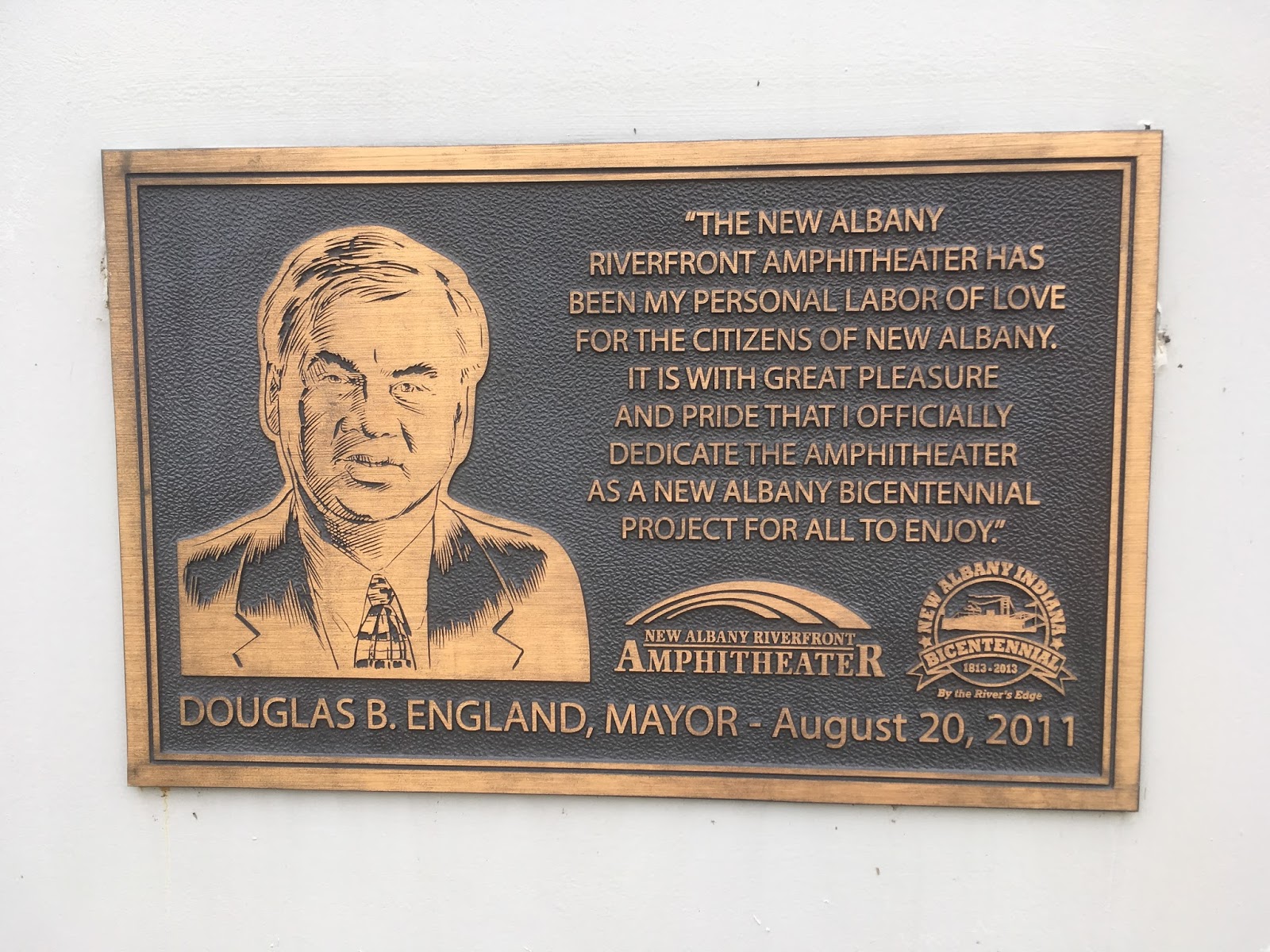 … can you imagine the size of the statue Jeff Gahan will erect to commemorate his reign?

Meanwhile, the amphitheater was looking a bit threadbare yesterday when I walked past. Has there been an event held there since the Orange Occupation ended? 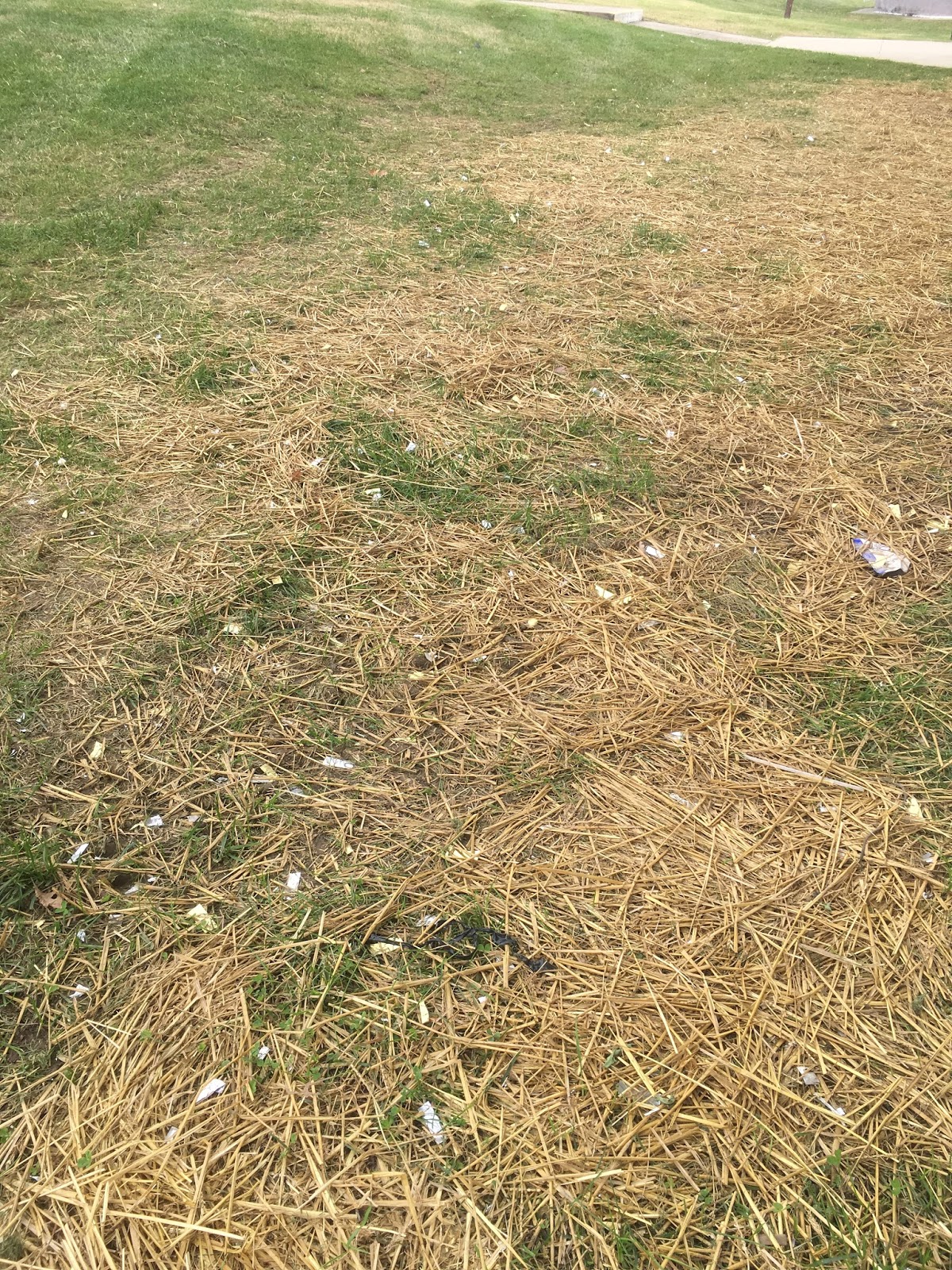 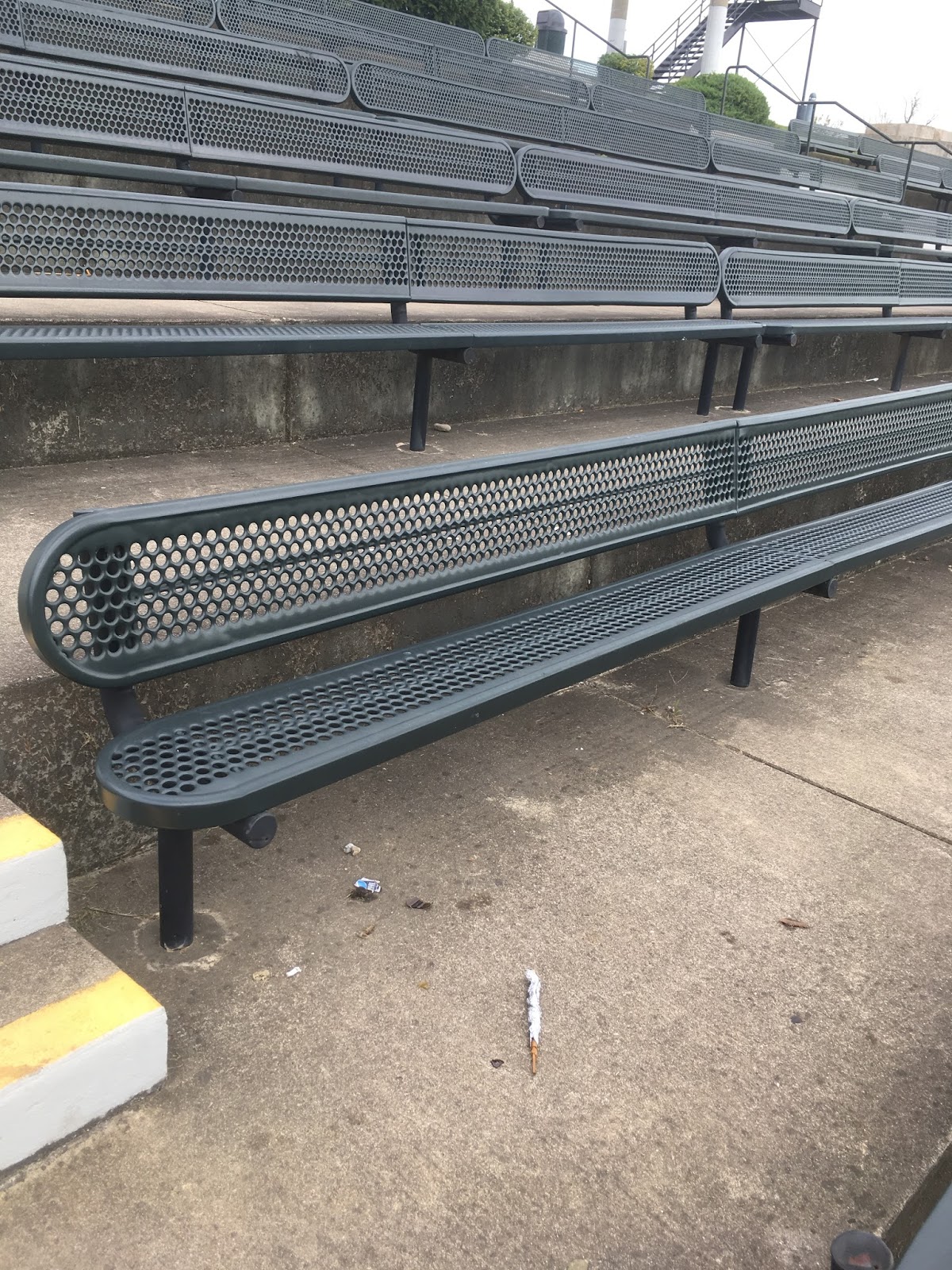 But the star of the show was a skateboarder over on the city side of the levee.

Here’s a cropped and filtered view.

Talk about riding the rails.