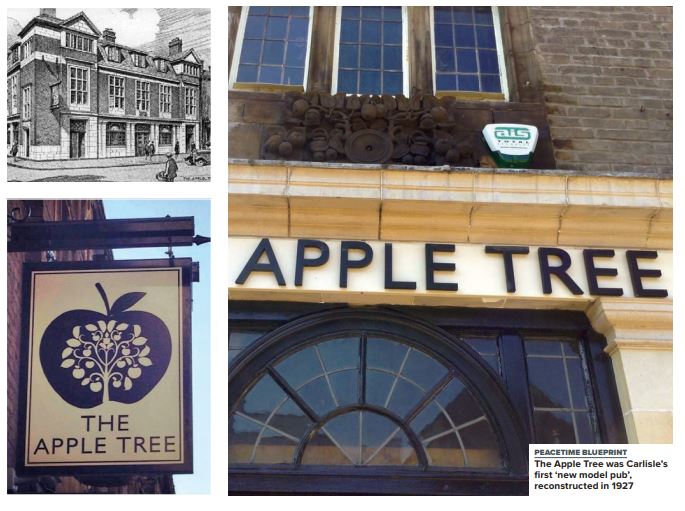 Simply stated, speaking as one who is fascinated by World War I and British pub culture and the notion of prohibition, this is a worthy digression to which I’ll be returning.

In the interim, it’s a pleasure to be introduced to the writing of Phil Mellows, and for more on the topic: The Carlisle Experiment – limiting alcohol in wartime, by Roger Kershaw (The National Archives UK)

A hundred years ago, at the height of World War I, the British government faced a dilemma. As the slaughter on the Somme reached its climax, a vast munitions factory had been built on the border between England and Scotland, on an area covering more than fourteen square miles. Some 12,000 workers, plus thousands more builders and a military guard, were drafted into the area.

Most were billeted in townships near Gretna on the Scottish side of the border, but only a short train journey from Carlisle, a city in northern England. With little else to amuse themselves, Carlisle’s pubs became a home for the workers and their unusually generous pay packets, every evening swelling a native population of just 50,000. At Boustead’s, a watering hole near Carlisle station, they would line up 500 whiskies along the bar, ready for the first after-work customers off the train.

By the summer of 1916, convictions for drunkenness in the town had soared six-fold. But, of course, it wasn’t disorder that primarily concerned the authorities. When future prime minister David Lloyd George, then munitions minister, declared that “We are fighting Germany, Austria and drink, and as far as I can see, the greatest of these three deadly foes is drink,” he was referencing the widespread view that the effects of alcohol were threatening production.

Outright prohibition was on the agenda for a time, something which was to come to pass in America only four years later with a constitutional ban on the production, importation, transportation, and sale of alcohol. But by the outbreak of the First World War the temperance movement in Britain had passed its high-water mark. In 1908, the House of Lords threw out a licensing bill which had proposed closing 30,000 of the 96,000 pubs in England and Wales.

But war had sharpened the drink question once more — and something had to be done. Against this backdrop, the Carlisle Experiment, as it became known, was born …