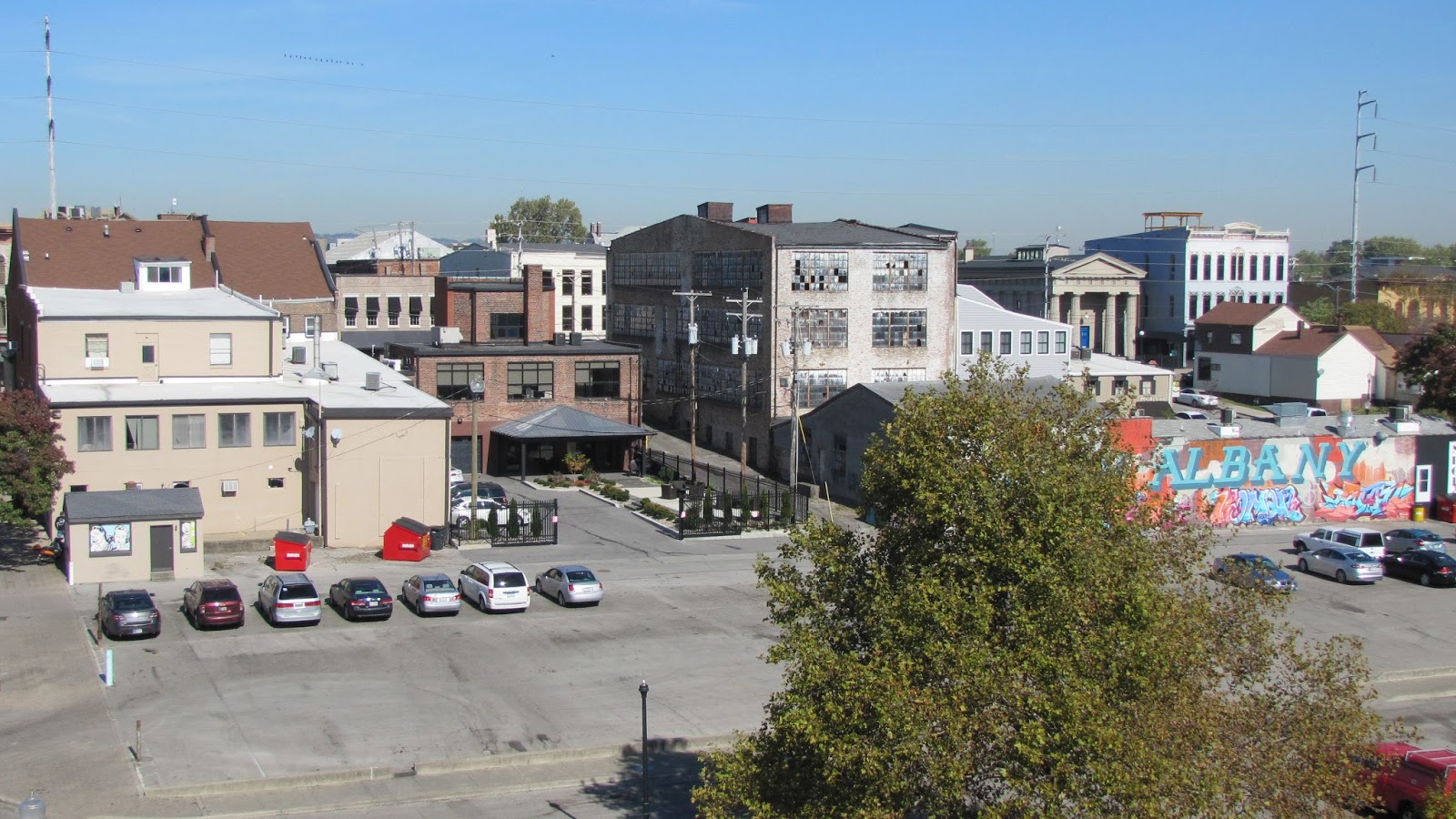 I went up on the levee around lunchtime today to take some file photos of downtown. It was a gorgeous day for snapping photos, and you never know when you’ll need an insert like this — after all, very soon this view will be changing radically. 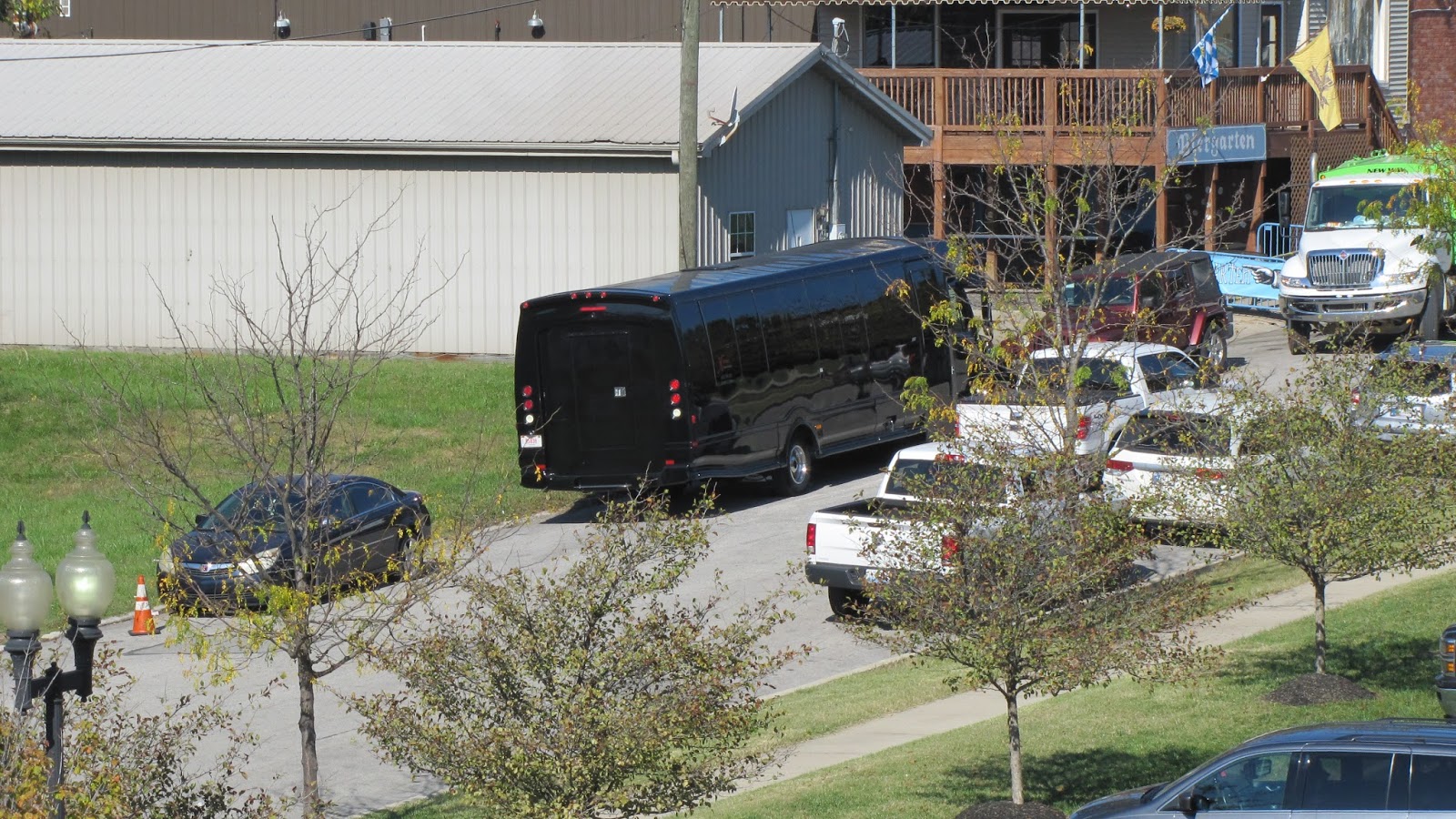 Dude: that’s one big hog of a limo bus.

As it pulled up behind Floyd County Brewing Company, I expected to see either a calisthenics fetishist convention (for the YMCA) or a bachelor party (for the brewery) debark.

Nothing happened. No one got on or off, and later the bus moved around the block to the YMCA’s east side. 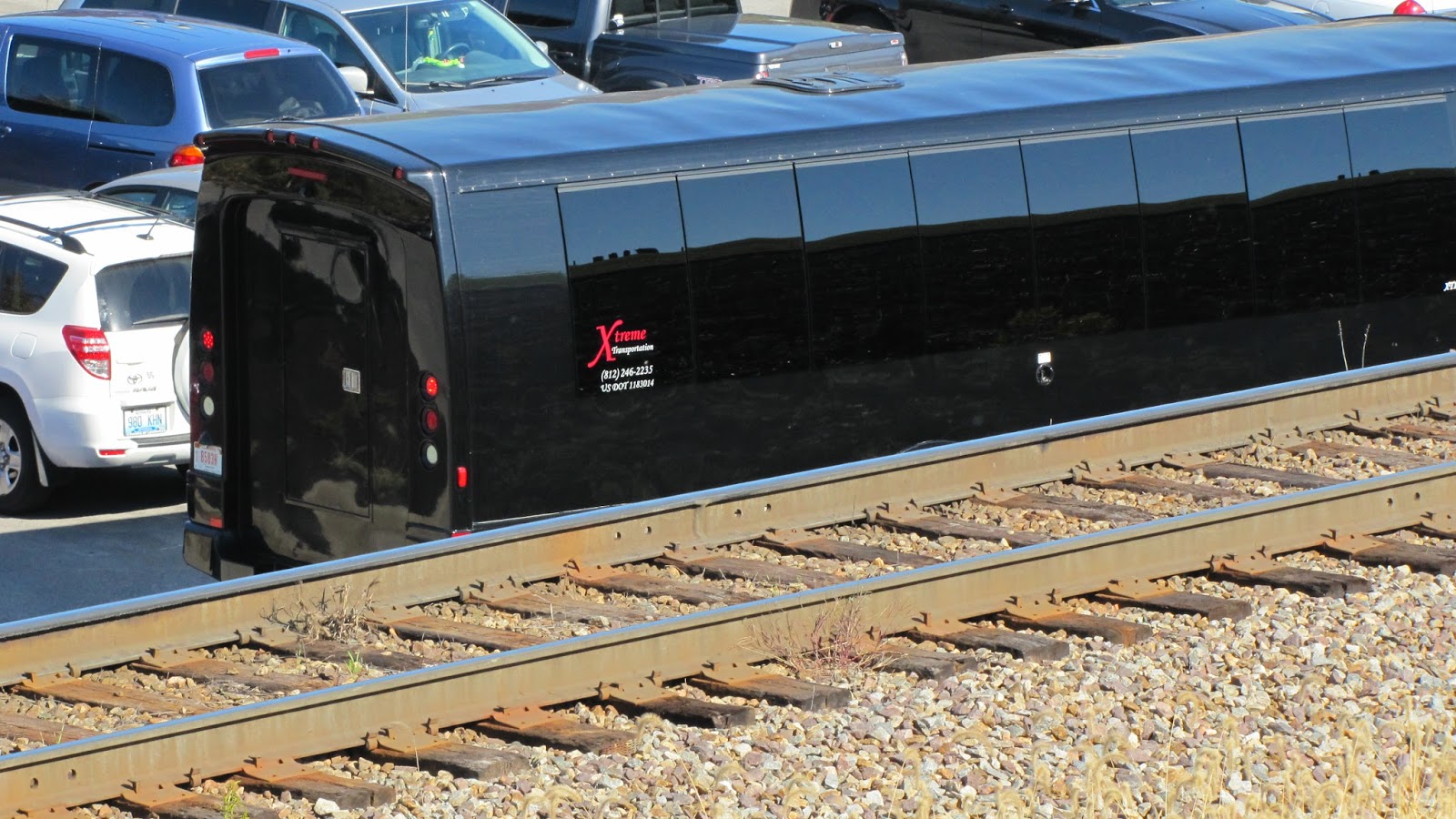 Hmm. That looks like Xtreme Transportation’s XT17 to me. Check out the swanky interior. All things considered, it could cost as much as a couple grand for a day’s rental. 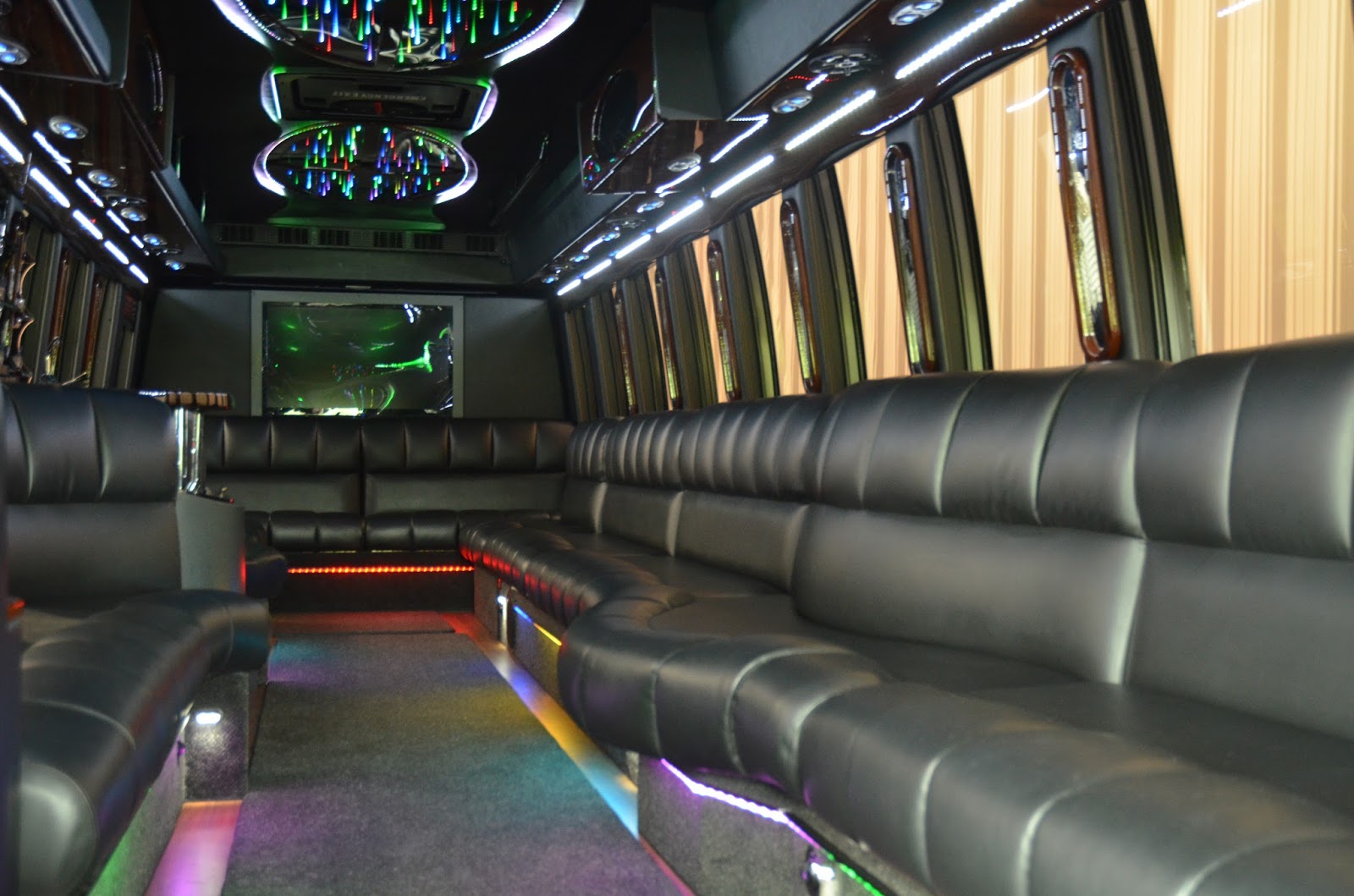 A small group of 40-something men eventually boarded. Only one of them looked familiar to me, though all I could make out was a beard. I know I’ve seen him before.

Maybe they were doctors or lawyers. Who knows? But what struck me is the choice of the YMCA as meeting place. How many times have you seen a limo bus at the Y? How weird is that?

There was something else, too. After ten minutes or so, there was a second group of arrivals boarding the bus. 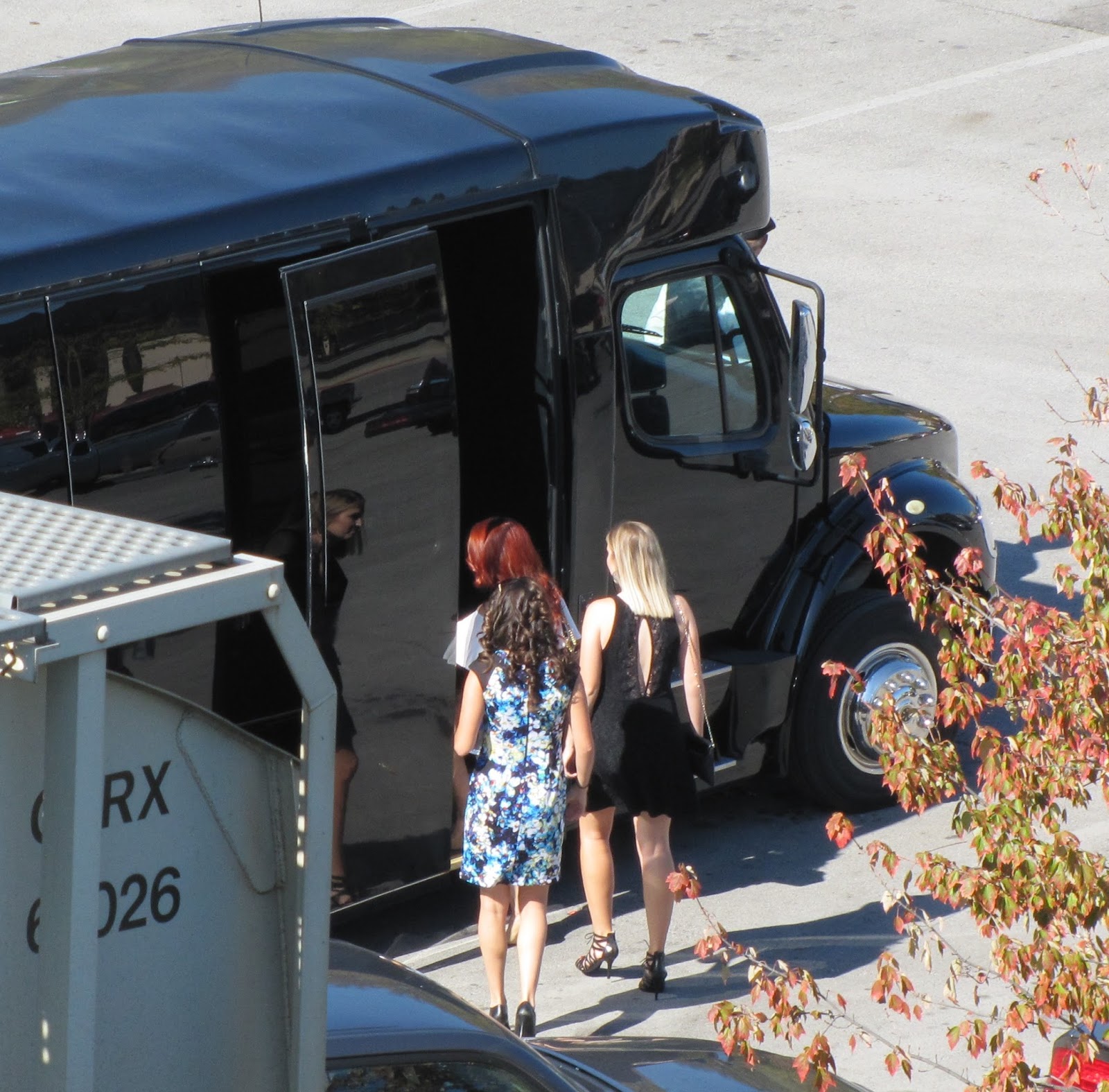 As I’m sure Lt. Colombo would ask, “Now, if they’re the girlfriends or wives with those guys on the bus, why didn’t they all get on the bus at the same time, together?”

Surely there are a number of explanations, although when I mentioned it to the Green Mouse, he told me it’s a relatively simple matter to hire models for outings, although it’s less clear why you’d need them.

I’ve never been a high roller, and the whole thing baffles me. When I tried googling “full service modeling louisville,” New View and Cosmo were at the very top of the search results. 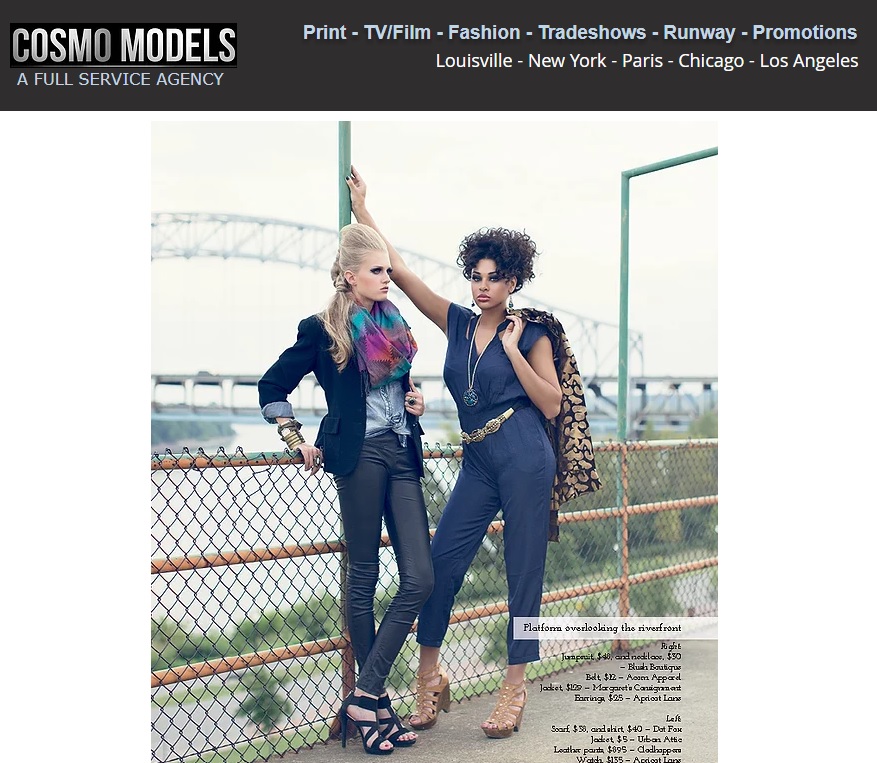 On second thought, I’m sure it was nothing; just another of those inexplicable slices of bizarre in New Gahania.

Never mind. As you were.

But what a lovely day for taking pictures.