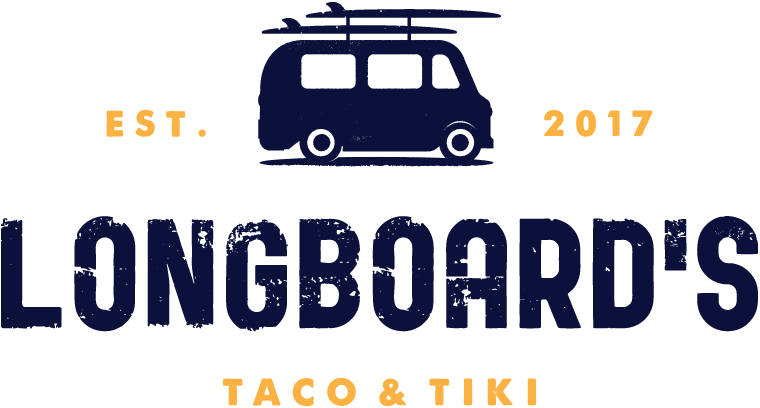 Hot off the presses from Ian Hall. Left unsaid is the location; this may or may not be it …

… and then there’s this for corroboration:

Irrespective of the specific storefront, here’s the press release.

BRAND Hospitality Group is back at it.

The Southern Indiana dining scene continues to see growth as proprietors Ian and Nikki Hall, owners of The Exchange Pub + Kitchen and Brooklyn and the Butcher, announce their latest project, Longboard’s Taco & Tiki.

Described by Ian Hall as what would be considered a hybrid of fast casual dining, Longboard’s Taco & Tiki looks to deliver flavorful chef-inspired tacos, tiki-influenced cocktails, in a relaxing, cool, California beach vibe.

“We’ve had the opportunity over the last two years to do some traveling, both to Mexico as well as some coastal cities in the states. We found ourselves really inspired by the cocktail movement of the classic-style tiki bars,” Hall said. “We thought, what better way to pair our new tiki cocktail concept than alongside our take on the taco shop.”

Earlier this year, the Hall’s other two restaurants both took home some notable awards in Louisville Magazine’s Best Of awards. The Exchange Pub + Kitchen was awarded “Best Restaurant in Southern Indiana”, while Brooklyn and the Butcher took home “Best New Restaurant”. It’s a reputation for excellence that owner Ian Hall says he doesn’t take lightly.

“With two restaurants that have been so well received by our guests and the city of New Albany, we know how important it is that we maintain the high standards of exceptional service and exciting food and beverage in everything we do, including this one or any new projects in the pipeline,” Hall said.

“We have set our own bar very high and we will continue to challenge our teams every shift. In order to be known as a strong independent restaurant group, we must focus on using great local products and ingredients, local purveyors, hand crafted cocktails, and above all, offering stellar hospitality to our guests. It has become part of who we have become as a collective group, and it’s our company’s culture. Longboard’s Taco & Tiki will continue to build on this foundation and strive to not only meet, but to exceed those standards. I think this will be a great compliment to the brands we already represent as well as a nice addition to Downtown New Albany.”

What you can expect from the kitchen team at Longboard’s will be a flavor-packed menu. The heartbeat of the menu will consist of 8-10 styles of tacos influenced by the traditional street food of Latin America, alongside of some interesting takes on chef-inspired dishes. The menu will also consist of Poke bowls with rice, seafood ceviches, salads with fresh local greens, fresh tortillas, and house made salsas and guacamoles.

The bar program will consist of some interesting plays on traditional margaritas and tequila cocktails, as well as a nice variety of the rums from the islands and tiki-inspired cocktails, both classic and modern styles.

Hall expects to open late in the first quarter of 2018. “We have been working on this conceptually for the last 8 months on the developmental side, so it’s a nice change of pace to go from paper to construction last week. We are going to take our time with this one to make sure we build the right team, atmosphere, and hospitality, and when we do we will be ready to ride the wave.”

In the meantime, Hall encourages those curious about the project to watch their social media as more info will be announced to the general public over the next few months.