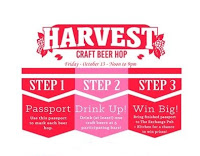 Before glancing at a handful of interesting beer-related diversions, New Albanians should note that on Friday, September 13 there will be a day-long renewal of last year’s Harvest Craft Beer Hop, as annotated and organized by The Exchange pub + kitchen in New Albany.

More than a dozen establishments in downtown New Albany will be listed on a paper passport, with the idea being to navigate the Harvest Homecoming maelstrom downtown and drink a beer at six of them.

Bartenders will validate the passport “stamps,” and then walkers will return their passports to The Exchange to be entered into a drawing for goodies donated by the participating restaurants and bars.

There’ll be more on this event as soon as the final version is released, probably later today. Just remember to have your ride arranged beforehand.

When it comes to Sunday sales laws in Indiana, it quickly becomes apparent that the various special interests are almost perfectly balanced in terms of political power. It’s a WWI-trench-warfare-ready version of absolute stalemate, and so the status quo largely has remained, as discussed only recently hereabouts.

We still refer to restrictive laws like these as “blue,” but as Eric points out, the prime motivator usually is green.

When it has come to carving out little toeholds of competitive turf amid the gaps in the fortifications of the bigger players, as when Sunday sales for craft brewers were legalized, the key figure in the Senate has been Ron Alting.

During my time on the Brewers of Indiana Guild’s board, the underlying assumption was that we’d wait to see where Alting came down on an idea, and gauge the subsequent effort accordingly. There were other concerned parties in the House, among them our own Ed Clere, but in the Senate, Alting was (and surely remains) the gatekeeper.

No judging, just a fact. Seeing the senator’s name in the context of overall reform is intriguing; however, as the authors concede, it’s all about the details.

Want to buy booze at the store on Sunday? New developments offer some hope. Maybe, by Tony Cook and Robert King (IndyStar)

If you’ve been frustrated by Indiana’s ban on Sunday alcohol sales, there may be hope on the horizon.

A key lawmaker who has blocked such efforts in the past says he is drafting a bill that would allow grocery stores and other retailers to sell alcohol for carryout on Sundays.

But the devil will be in the details. Big questions remain on what conditions the bill might place on Sunday sales. Alting said it is too early to get into the specifics of the legislation.

Kevin Gibson surveys news about Gravely Brewing, Cumberland Brews and a Philosophy on Tap series of lectures (with beer and food) at Louisville’s Migo restaurant on Dundee Road, but the item that caught my attention is closer to home.

A pungent tasting at Donum Dei

Breweries host tastings all the time, usually from a guest brewery or from a series of new releases, but Donum Dei Brewery in New Albany will host a tasting of a different type on Oct. 19 — this one involves tasting garlic.

Sirocco Ridge Farm from Henryville will bring in six different types of garlic for attendees to taste and learn about. It’s part of what the farm calls its Great Garlic Gathering (G3) Event. Hey, garlic is garlic, so the gathering has to be pretty great, right?

Donum Dei owner Richard Otey said the tasting is part of a twice-yearly tasting the brewery hosts. The program has been going on for the last three years, and won’t stop now.

The garlic-tasting event is free and is 6-8 p.m.; all of the different garlics presented, including a special wild garlic, will be available for purchase. Bring your own breath mints. And, hey, I’m just hoping the next one isn’t exotic cucumbers.

Having recently returned from fact-finding mission to Belgium and the Netherlands, and while in Haarlem enjoying enjoyed more than one session at the Jopenkerk … 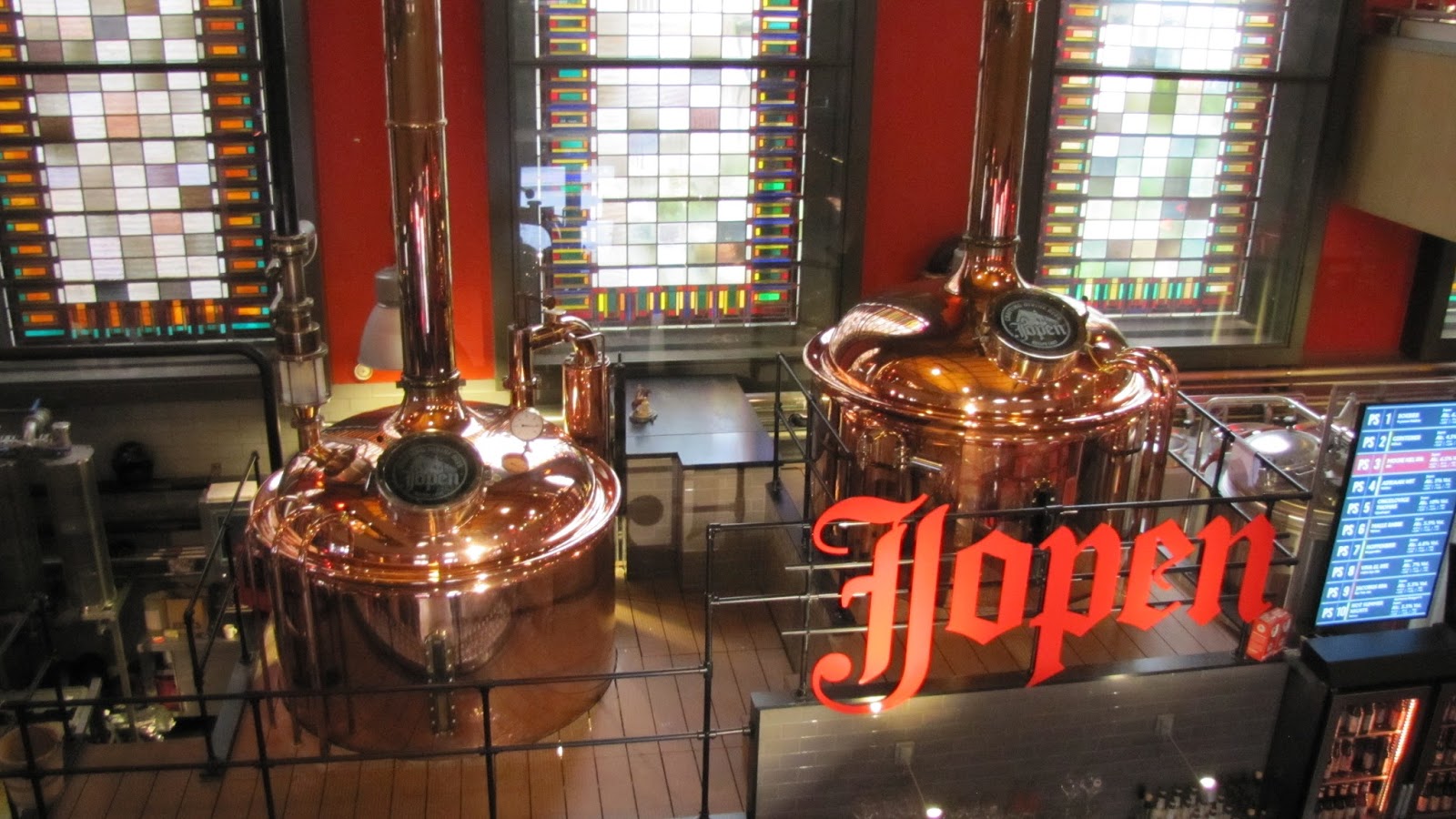 … it’s an excellent time to remind readers that there’s no better use for a shuttered church than to trasnform it into a house of beer worship.

YOUNGSTOWN – Ira Gerhart finally found a place last year to fulfill his yearslong dream of opening a brewery: a 1923 Presbyterian church. It was cheap, charming and just blocks from downtown Youngstown.

But soon after Gerhart announced his plans, residents and a minister at a Baptist church just a block away complained about alcohol being served in the former house of worship.

“I get it, you know, just the idea of putting a bar in God’s house,” Gerhart said. “If we didn’t choose to do this, most likely, it’d fall down or get torn down. I told them we’re not going to be a rowdy college bar.”

With stained glass, brick walls and large sanctuaries ideal for holding vats and lots of drinkers, churches renovated into breweries attract beer lovers but can grate on the spiritual sensibilities of clergy and worshippers.

At least 10 new breweries have opened in old churches across the country since 2011, and at least four more are slated to open in the next year. The trend started after the 2007 recession as churches merged or closed because of dwindling membership. Sex abuse settlements by the Roman Catholic Church starting in the mid-2000s were not a factor because those payments were largely covered by insurers, according to Terrence Donilon, spokesman for the archdiocese of Boston …

Finally, something to give us hope with our libations.

Chris Hernstrom was brewing in the craft beer mecca of Bend, Ore., when an ad caught his eye: Want to live somewhere gorgeous and make beer for a small community?

“It just seemed like an interesting challenge to come out to basically the exact opposite of Bend, some place where the brewing industry is still in its fledgling stages,” Hernstrom says.

That place, Hernstrom’s new home, is the cattle ranching hub of Valentine, Neb., population 2,700, tucked into the Niobrara River valley in the Sand Hills.

Hernstrom is head brewer at the Bolo Beer Company. On a recent weeknight, he was pouring pints of Aquifer Ale and filling carryout growlers of Wild West Wheat. With its modern pendant lights and bar made of reclaimed wood, the newly opened taproom looks as if it would be more at home in Seattle or Denver than in rural Nebraska …