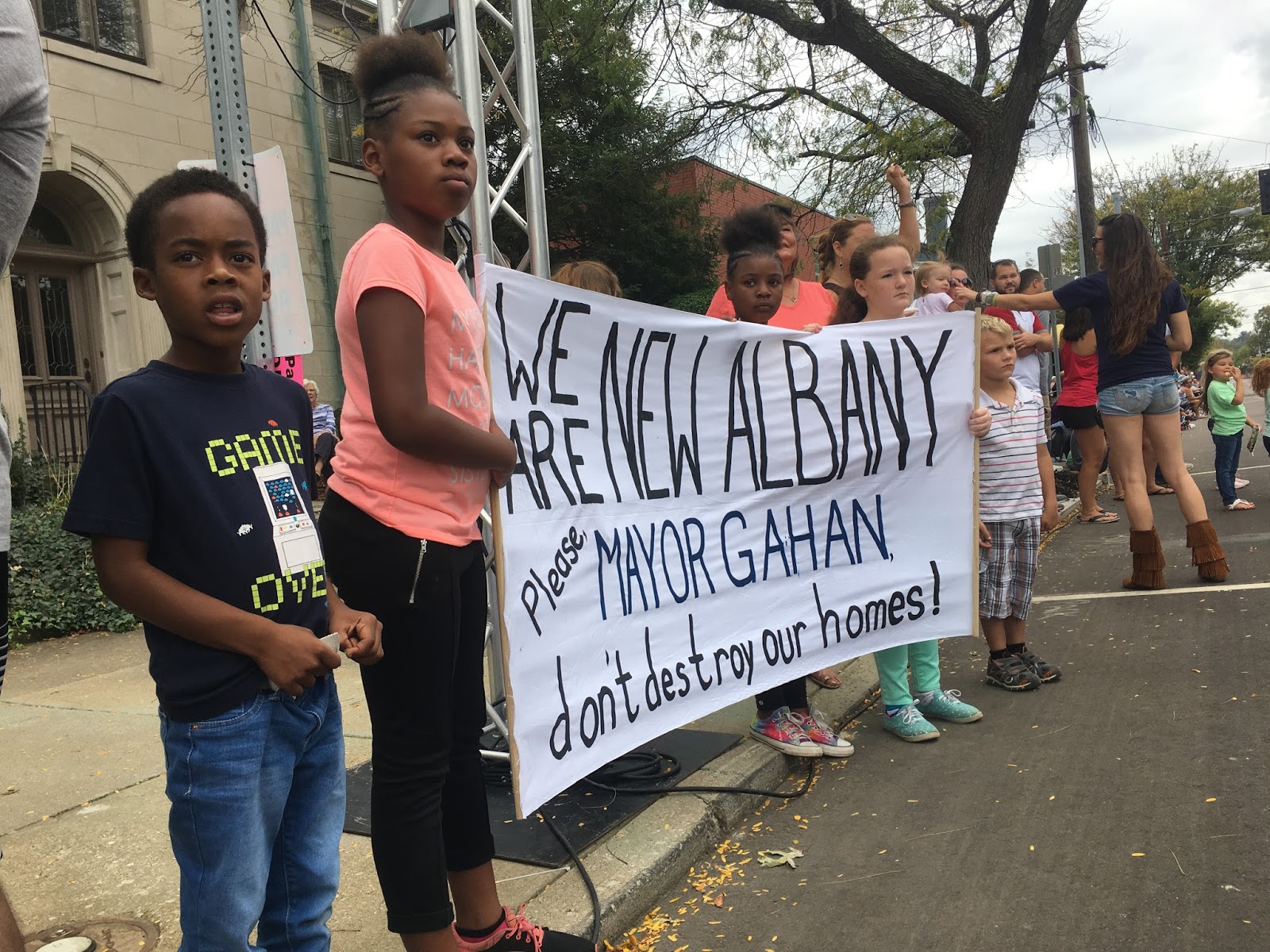 Very seldom apart from eye-rolling satire (our default coping mechanism in New Gahania) can it be said that New Albany’s ever somnolent Harvest Homecoming parade actually boasted a highlight, but yesterday was the gratifying exception that proves the rule.

In short, His Excellency had an impromptu Ceausescu moment while soaking up the adoration of the gathered throngs.

Not unexpectedly, these protesters weren’t mentioned at all in the feel-good News and Tribune article about the rolling snooze-fest.

Perhaps someone from the newspaper’s burgeoning stable of religious advocacy columnists can perform coverage in future years; at least we’d garner a “hosanna” in this manner.

However, reporter Elizabeth Beilman brilliantly captured a golden moment amid the Harvest of Gold(en) Showers for Public Housing.

Mayor Jeff Gahan is seventh in the parade. Protesters are saying “We are New Albany.” pic.twitter.com/tAe9olHEaR

Beilman posted a video at the link above. Here’s a screenshot. 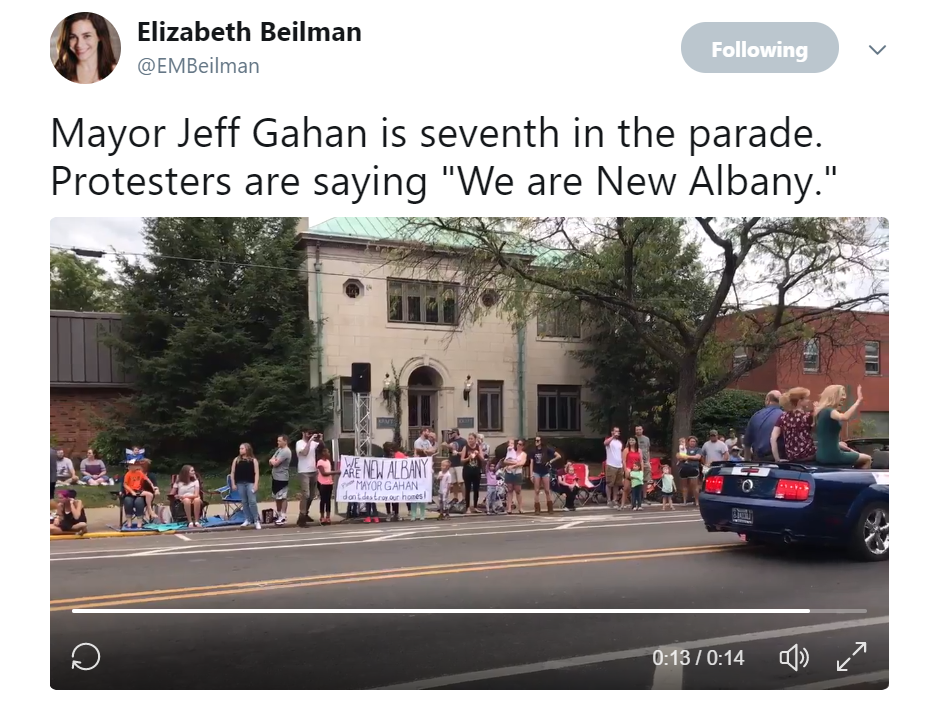 Earlier in the video, the mayor is seen looking to his left. He obviously takes note of the protesters, because his head snaps back so quickly that onlookers are seen to be calibrating the prospect of whiplash.

His second glance is captured in the zoom — and one needn’t be well versed on any of this to know exactly what happened early this morning, after Deaf had enjoyed a few Bud Light Limes and reached a rolling boil. 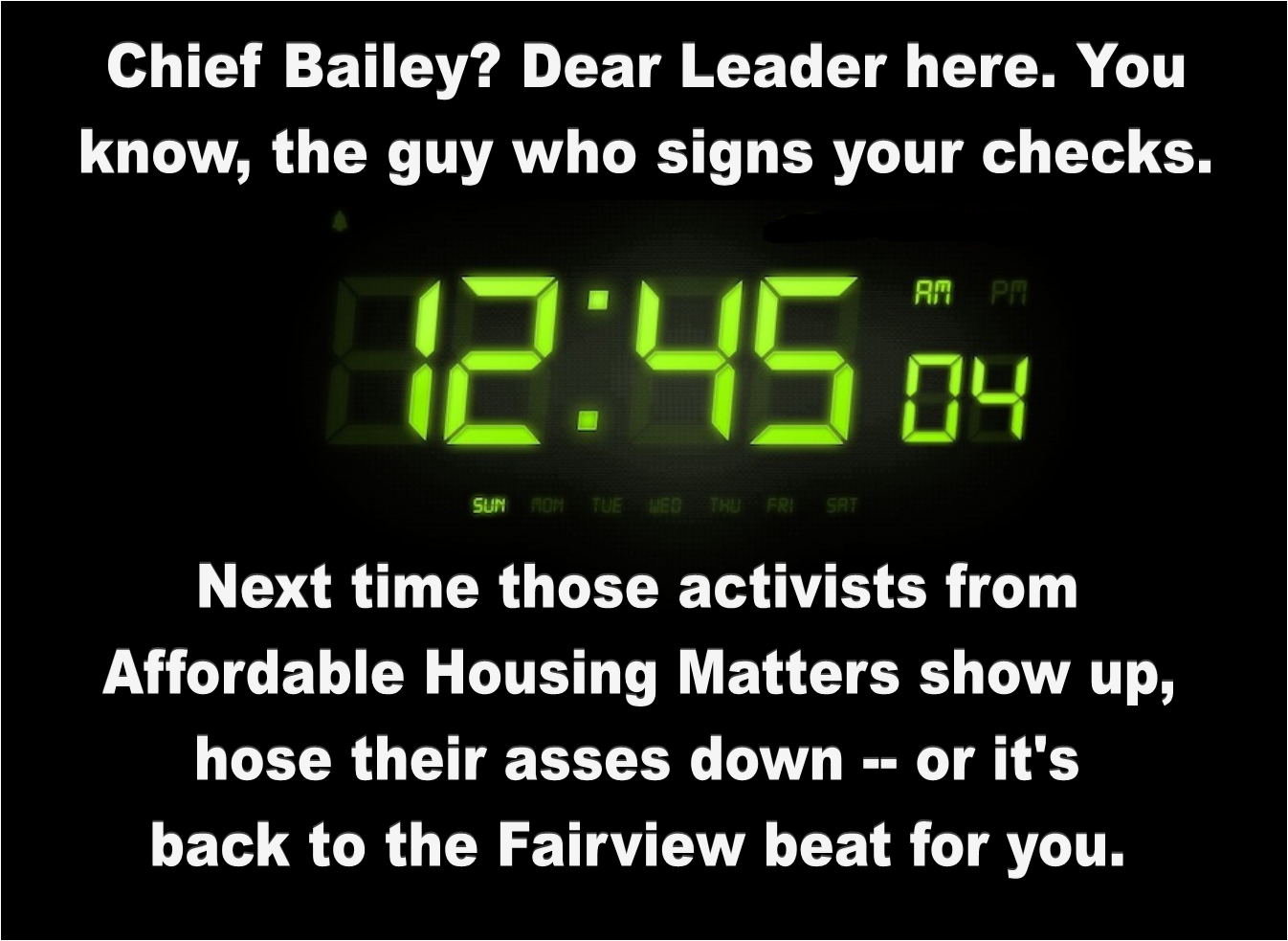 The anguish from the parade committee is palpable. How dare these juvenile dissidents intrude on the hallowed procession?

I look upon it differently: Finally!

NAHA and Pleasant Ridge? They’re lookalikes, and it’s only a matter of time until Jeff Gahan is exposed to the same scrutiny as Bob Hall.