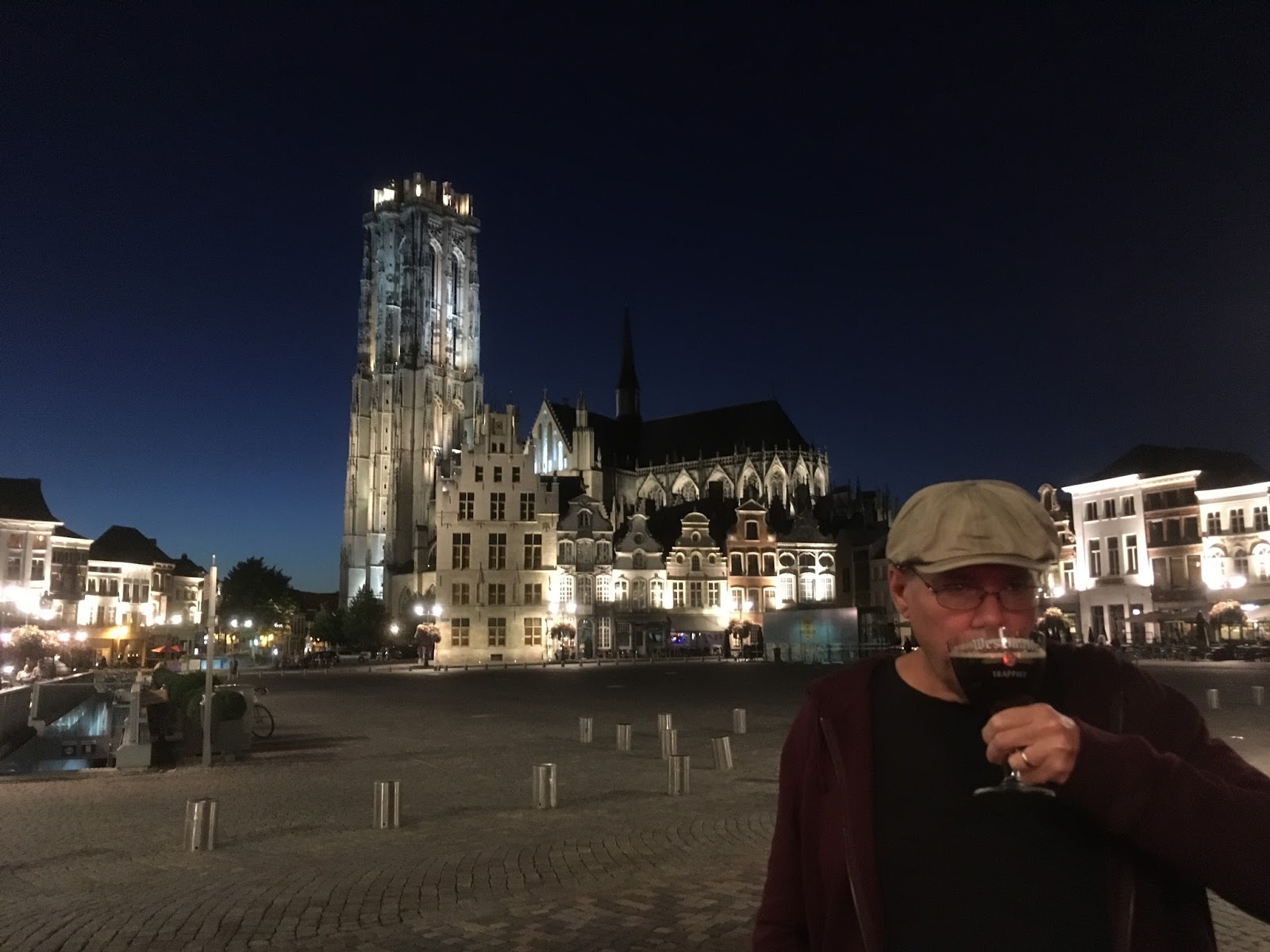 TRAVEL PRELUDES: These are the good old days.

Indeed, Dossier #37 was heavy on the elegiac tones, albeit with plenty of mirth and good humor for balance. The itinerary was restricted to Belgium and the Netherlands. We landed in Brussels, spent an evening in Mechelen, then traveled by train to Poperinge and later Haarlem.

Not only were there no Puck’s Hats to be found in Amsterdam, but we didn’t even go there, apart from the train station on arrival and the airport for the return.

That’s because Haarlem was every bit as endearing as it was nine years ago, the last time I visited. I’ve always ducked the question of my ideal place to live in Europe, if (and when) the soul-numbing sentence of American residency in New Albany finally is commuted.

At this precise moment, Haarlem wins in a landslide. I’d even try to learn Dutch, given that so many of them speak English better than me.

The reunion was joyful, though incomplete. Dewi was in from London working out of Boris’ flat, but Kim couldn’t make it down from Arnhem. Rob was on duty at the Cafe Briljant, which he’ll soon be shuttering. He has plenty of future beer business plans, and will be just fine.

Of course, Bill passed away last year. His lovely wife and impossibly bright, bilingual nine-year-old daughter carry on, and the process of catching up with them after so long was therapeutic — for all us, I certainly hope. 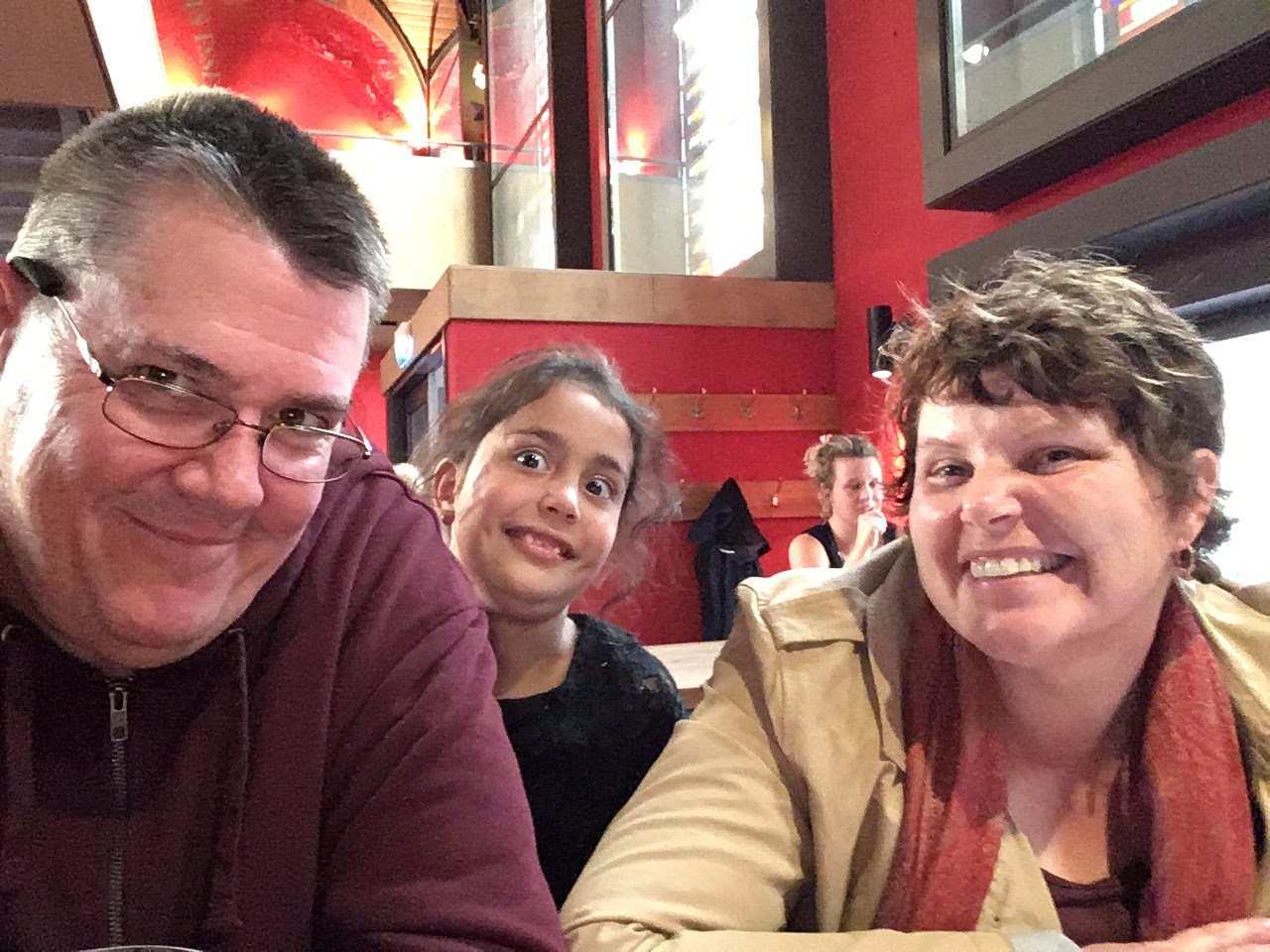 Earlier in Poperinge, Karen, Jeff and Roy joined us for the triennial meal at the Cafe de la Paix, although there also was some sort of hop festival occurring in the streets outside.

I was very happy to chat with Guy and Beatrice, once the proprietors of the Hotel Palace, the base for three beercycling adventures in the early 2000s. They’ve been retired almost ten years now, and are loving every minute of it. No one was more delighted than Guy when the Belgian television film crew arrived in Poperinge in 2004 to capture the Tour de Trappist’s concluding ride to Westvleteren.

He retains the twinkle in a barroom maestro’s eye.

After our Indiana friends left on Monday, Diana and I stuck around Pops for a couple of days, socializing with our main man Luc and relaxing. On Monday, Luc drove me to the nearby Lijssenthoek Military Cemetery, and on Tuesday, the three of us went to De Plukker, an organic brewery and hop farm a few clicks out of the city center.

We’d intended all along to ride bicycles to these two sites, deferring to Luc’s car only at the last minute because of periodic heavy rain both days.

Thus, I was unable to toast the memory of Kevin Richards as I’d hoped, pedaling the country lanes, smelling manure and imagining the evening’s beefsteak and strong ale.

And yet he’ll always be there, as much a part of my Poperinge as the hop museum, the Trois Monts hills to the south by the French border, or Cafe de Vrede’s rural terrace.

I knew this trip would be an emotionally challenging undertaking, and as usual, I managed to underestimate the intensity of the introspection. It will be on my mind a bit longer, and that’s okay. We place on foot in front of the other, and keep moving.


This week I’ll revisit some people, places, meals and beers from the most recent trip. For once, there isn’t a unifying theme, just scattershot impressions. Stay tuned, and thanks for reading.