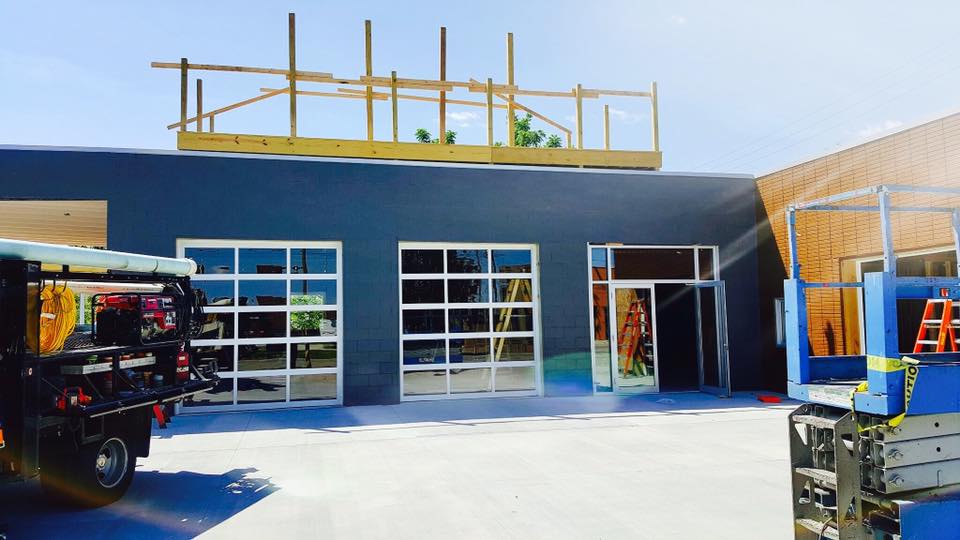 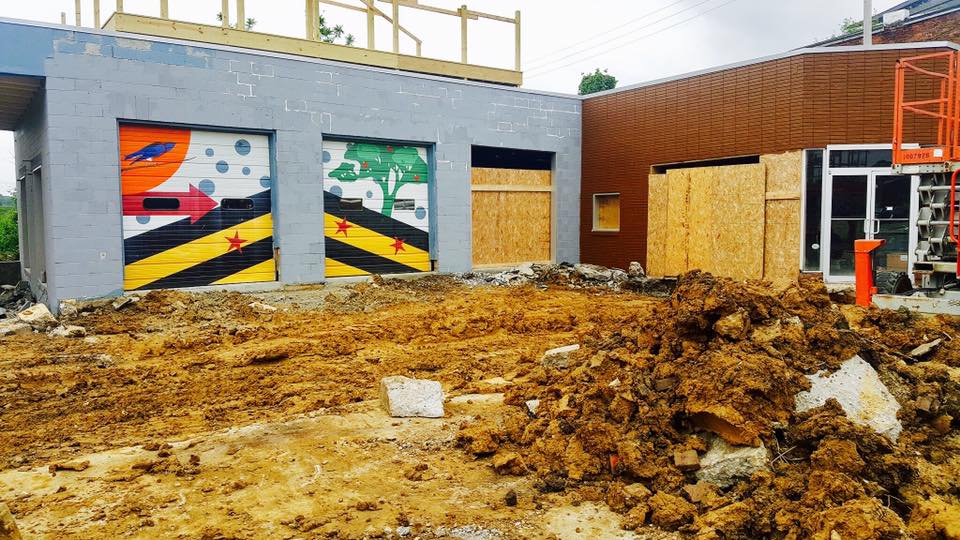 These photos harvested from Facebook capture recent progress toward completion of the Hull & Highwater buildout. The most recent photo is at the top, and the oldest (April) placed last.

It’s yet another Resch Construction project. When does he sleep?

For those just tuning in (where have you been, anyway?), here’s a glimpse of the future at 324 E. Main, formerly WE Studio, according to Hull & Highwater’s page at Fb.

Hull & High Water never Flounders on Service and Quality! You are soon to be Herring our Name Around Town. Remember, The World is Your Oyster so, stop on in just for the Halibut!

Hull & High Water will offer a middle ground for seafood that (owner Eric) Morris said diners are looking for in the Louisville area.

“There’s plenty of greasy fried fish houses, which are fine,” he said. “And you have Seviche and River House but there’s nothing that falls in between like a casual, fun place. There’s none at all in New Albany, and we’re on the river. I’ve had people come into Gospel Bird and say ‘I’m so glad you’re opening this.’ ”

The restaurant will offer a raw bar with oysters, peel and eat shrimp, and signature items like lobster pot pie, Morris said. Fried or blackened fish sandwiches or baskets will also be on the menu.

It will offer “all that fun stuff you get when you go out with your friends for a bucket of beer,” he said.

As for an opening date, look for early July.