A concise, yet comprehensive essay about symbolism.

NEW ORLEANS — They are all gone now. On Friday, the statue of Confederate Gen. Robert E. Lee became the last of New Orleans’s four contested monuments to go, an end to more than 130 years of publicly honoring a man who embodied Southern pride and racial oppression.

Getting down to the heart of the matter:

Carol Anderson, a historian and professor of African American studies at Emory University, says that the various reasons given for defending Confederate monuments and symbols share a common underlying expectation — that even in an increasingly diverse democracy, power and influence should remain unchanged.

Speaking personally, my feeling for the “heritage” argument runs to a temperature far less than zero.

However, I’ll concede to a shade of appreciation for the “landscape-defining art” defense, because while in East Berlin in 1989, I was intimately acquainted with an example of it.* 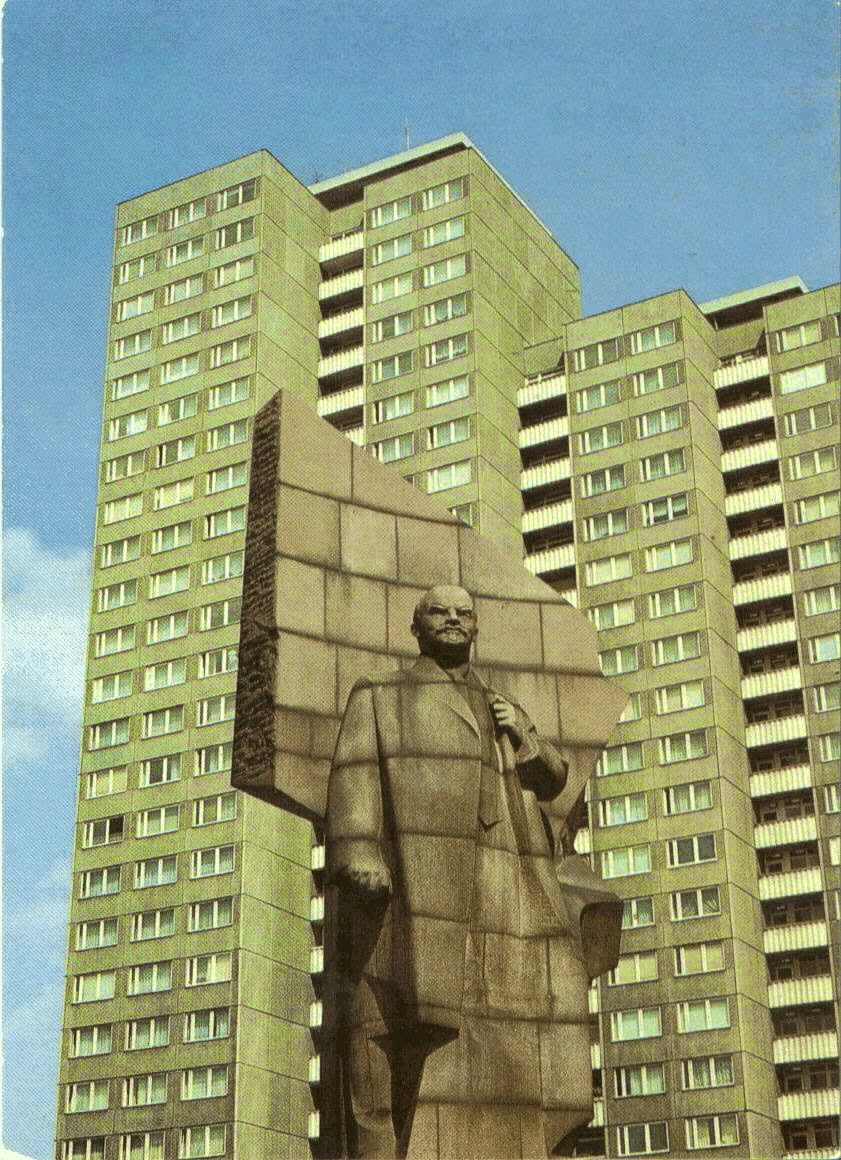 Lenin was removed shortly after German unification, and this is how it looked in 2014.

At the time, the multi-story apartment building would have been among the sleekest and most modern in East Berlin. The statue was placed to be framed by this structure, with the greenery of the adjacent public park softening the harshness of the concrete. The plaza and postwar Communist buildings facing Lenin’s statue were all of a piece, flowing outward from the statue.

It may have been totalitarian, but there was a unity of purpose in design. When Lenin was toppled, there remained a pedestal with nothing, like a missing limb. You wouldn’t need to know a statue stood in this spot without feeling something is missing.

Is there symbolism in omission?

A fair number of neighborhood activists opposed the statue’s removal on precisely these grounds of landscape-defining art. They also made an argument worthy of reasoned consideration: we can’t scrub the past entirely clean, and shouldn’t try. Reminders of bad times are needed, so as to avoid their repetition.

Had the Lenin statue remained in place, would it have served as a shrine for remaining Communists? Perhaps, though it might also have been deployed in the manner chosen by the Hungarians. In 2002 while in Budapest, my tour group visited Statue Park (now apparently rebranded as Memento Park).

Displayed in the Park are 42 pieces of art from the Communist era between 1945 and 1989, including allegorical monuments of “Hungarian-Soviet Friendship” and “Liberation”, as well as statues of famous personalities from the labour movement, soldiers of the Red Army and other gigantic pieces: Lenin, Marx, Engels, Dimitrov, Captain Ostapenko, Béla Kun and other “heroes” of the communist world. A favourite with visitors is the Liberation Army Soldier. A hammer-and-sickle flag in its hand and a cartridge-disc machine pistol hanging in its neck make the statue complete. This 6-meter tall statue of the evil-eyed Soviet soldier once stood on the top of Gellért Hill in central Budapest, well-seen from every direction.

When facing it, the main entrance bears the image of a monumental classicist building. Looking behind it, though, it resembles a 12-meter high, under-propped communistic scenery ? a perfect introduction into the nature of dictatorship.

The words of architect Ákos Eleőd, the conceptual designer of Memento Park serve as its motto: “This Park is about dictatorship. And at the same time, because it can be talked about, described and built up, this Park is about democracy. After all, only democracy can provide an opportunity to think freely about dictatorship. Or about democracy, come to that! Or about anything!”

Here are two photos from our visit, taken from the Tom Henderson Collection.

Ironically, the late Jim Scott (second from the right) lived in New Orleans.

For now, New Orleans will store the four Confederate monuments in an undisclosed location, due to threats made against city officials, activists, contractors and work crews involved in taking them down. City officials announced late Thursday that an unspecified water feature will replace the Lee statue, and an American flag will fly where the Davis fixture once stood. Nonprofits and government agencies will eventually be allowed to submit plans that would put the statues on private property. City Park officials will decide what will replace the Beauregard statue.

Symbolism matters, but at the same time, if we’re determined not to learn lessons from 152 years ago, symbolism just might be the least of our concerns.

* The oft-told story of how I came to be in East Germany in 1989 can be found at these links.

Pilsners with Putin: 1989 Revisited (Part One).