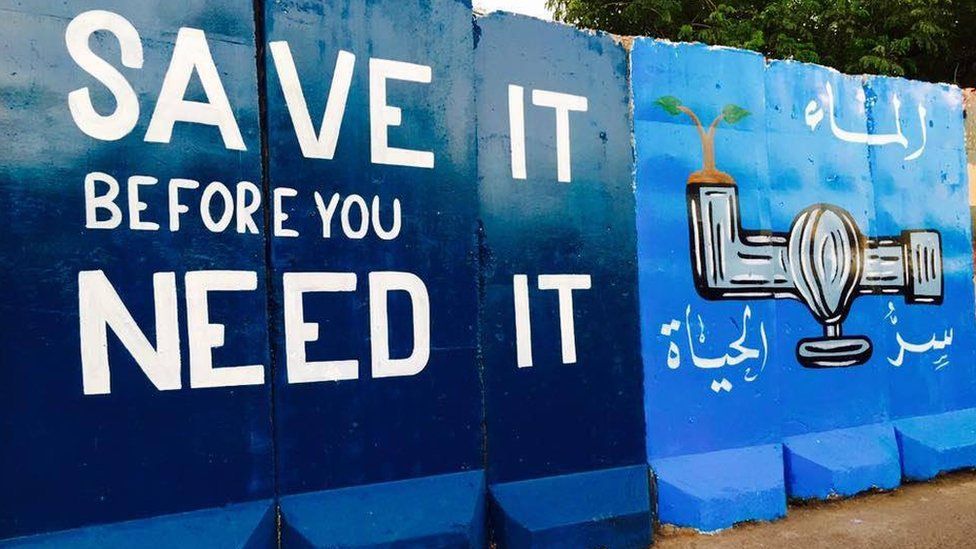 Why yes — actually it is in Baghdad. Did they even bother asking Michell Timperman Ritz to make sure it was acceptable?

Beautifying Baghdad: Colouring in a city of walls, by Faisal Irshaid (BBC News)

When Ali Abdulrahman was coming to the end of his time at university, he wanted to do something to brighten up his community in the Iraqi capital, Baghdad.

With the support of the dean, Ali got together with nearly 100 fellow students to paint graffiti along the walls of the campus.

Seeing how the grey concrete walls were transformed by colour, the students decided to go a step further. In January 2015, they took to the streets and painted graffiti along the main roads of the city, and so began Imprint of Hope.

Red, yellow, green, and blue replaced the drab facades of bombed-out houses. Colourful landscapes, images of children playing in the streets, and messages of co-existence started to appear across the city.