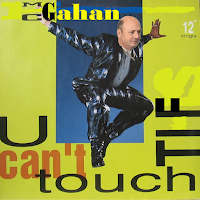 Perhaps it’s something about planetary alignment or the daily accuracy ratio of stopped clocks, but News and Tribune management finally mustered a good decision, sending reporter Elizabeth Beilman to Indianapolis to provide a day’s coverage of items that actually impact our lives right, here at home.

Rest assured, readers: None of it will displace the ongoing breathless coverage of reality television shows, though it’s a welcome albeit temporary change.

If passed, school boards would get appointment on commissions

House Bill 1131 authored by Rep. Ed Clere, R-New Albany, takes one of the executive body’s appointments to a redevelopment commission and gives it to a local school board, which would appoint one of its members. The other appointments will remain in control of the fiscal body.

INDIANAPOLIS — Representatives from every school corporation in Clark and Floyd counties testified Tuesday in favor of a state bill that would give them louder voices in economic development.

Obviously, HB 1131 is intended to make corrective adjustments to what amounts to mayoral abuse of appointment power, not just in New Albany, but everywhere in the state Indiana. Small wonder the statewide mayor’s breakfast club is against it.

However, our own mayor is the veritable original source textbook for these abuses. Jeff Gahan’s appointed Redevelopment Commission is packed with slobbering mayoral sycophants, meaning that numerous significant decisions are made offshore, away from elected bodies.

In addition, as with the New Albany Housing Authority commission, Gahan’s refusal to appoint members to it in a timely fashion has revealed his naked intent to cripple the NAHA’s operations, and eventually to dismantle it. I’m slowly amassing information on this story, and we’ll get to it later.

Interestingly, the filing of Clere’s bill forced Gahan to expedite the NAHA takeover plan, and so he duly made the appointments he’d been delaying — and by the way, they’re all being placed there for exactly the same reason that Donald Trump appoints department heads opposed to the mission of their agencies, to destroy and not build, so Gahan can queue the cattle cars for the short jaunt to Greenville.

Gahan is neither a Democrat nor democratic, but I digress. The digest of House Bill 1131 provides all the meat and taters.

Gahan and his conniving ilk are rattled.

A Southern Indiana state legislator is “optimistic” his bill targeting the balance of power on redevelopment commissions will advance out of committee to the Indiana House of Representatives.

Let’s hope it does. This reform is sorely needed.