If 2017 really is to be the year when the Downtown Grid Modernization Project transitions from the mere rumor of a long overdue, messy compromise of a typically botched Gahanesque half-ass measure, to these adulterated facets actually appearing in real life, then City Hall’s favored minions at HWC Engineering, now safely ensconced in the same building as the sewer utility, making those dreamy stuffed satchel transfers easier than ever before — though it isn’t clear which way the largess is traveling — should have long since moved past the stage of ensuring campaign finance rivulets flowing downhill like raging storm water from Summit Springs, straight into the mayor’s aspirational State Senate coffers, and started the task of rendering our splendid Speck into adulterated sausage.

As an aside, has there ever been a greater number of illegal street spam signs than Holy Family’s current crop? Do Catholics have to follow the rules, too, or does the Sultan of TIF sell indulgences?

On Facebook there was a substantive discussion about these lovely new corners, the likes of which seldom is permitted to break out at a Board of Works meeting, because lest we forget, the purpose of this and other appointed boards is containment, not illumination.

1. The City of New Albany is tearing out and replacing handicap sidewalk ramps they poured new just a few years ago. There’s no telling how many tens/hundreds of thousands of dollars we’re needlessly spending. This is the second time in a few years that perfectly good sidewalk in front of our house has been torn out and replaced while the sidewalk on the side requires mowing and careful attention while parking to avoid tire damage.

2. The excavation crew is way far ahead of the forming and pouring crew, but is doing both sides of the street so the sidewalk on both sides has been and will be completely closed to everyone, let alone anyone in a wheelchair, for days on end. Ridiculously bad (lack of) forethought and planning.

3. The contracted company broke the small retaining wall in front of our house again.

4. The entirety of city staff responsible for this sort of ongoing crap should’ve been fired a long time ago.

Also note that while baseball Hall of Famer Jim Rice, the HWC Engineering flak, told me that future traffic studies could be made to determine the eligibility of certain intersections for crosswalks, but only AFTER the two-way conversion was finished, now the ramps have been poured again prior to the retrofitting, matching those that were there before. So, it we’re actually able to move leaden city planner and engineering asses forward, toward adding badly needed crosswalks, the ADA ramps won’t match, and guess what — they’ll have to be redone yet again.

Hell, the crosswalks and ramps we have now often don’t match up or match each other, sometimes unnecessarily differing from corner to corner or from one side of a street to the other. And they’re repouring them that way as we speak.

I sure wish they would replace the really crappy sidewalk along our house, which has also needed mowing in the 11 years we’ve lived here.

As I mentioned, none of this has to do with functionality, service to citizens, or even basic competence. It’s purely a financial transfer scheme and Team Gahan is making the previous two mayors look like rank amateurs.

Speaking of which, in case you were wondering just how much the railroad crossing component of the two-street changeover was going to cost … and bearing in mind the number of times in the past that luminaries like John Rosenbarger were overheard tsk-tsking the extreme expense of two-way streets owing to the railroad … here it is: Two Progressive Pints shy of $203,000, or half of what Team Gahan subsidized Flaherty & Collins in sewer tap-in waivers to drag the Louisville skyline three miles closer to the saltwater pool on Spring.

Here are CSX-cerpts, and don’t forget to nationalize the railroads. 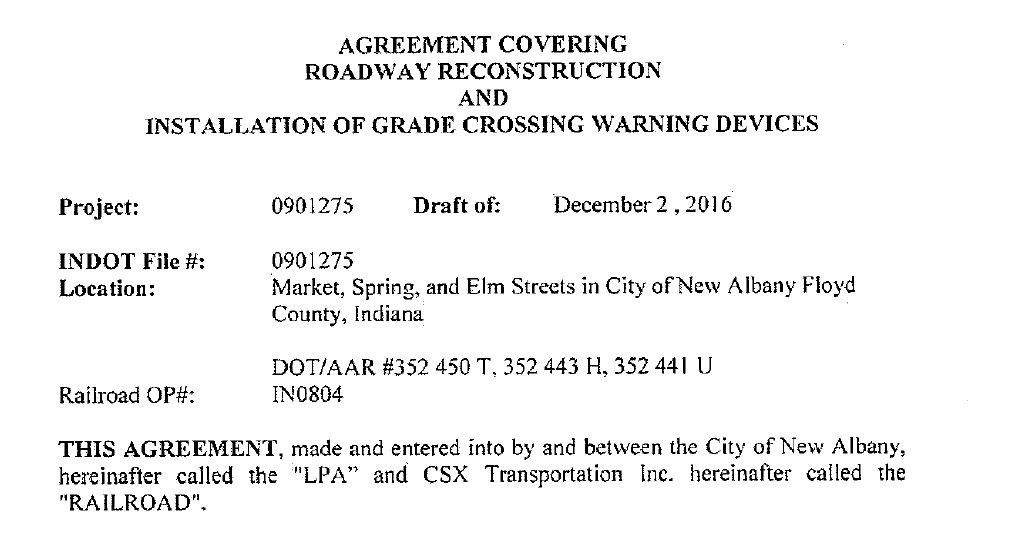 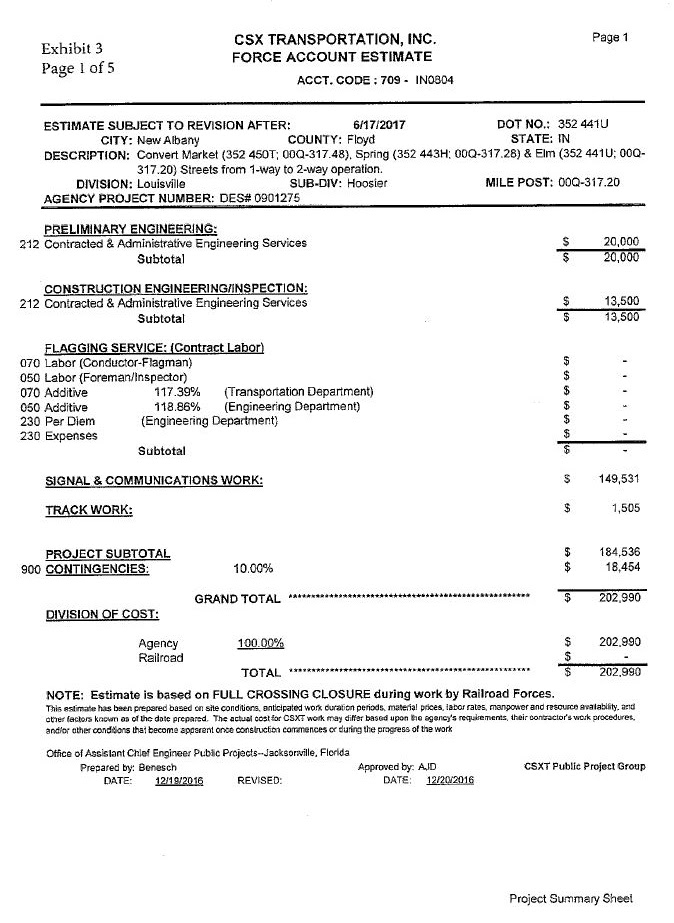