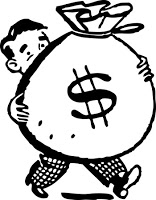 Streetsblog referred to an article in the Washington Post, and I retweeted it.

You may say I’m a dreamer …

Two years ago, in a tough race for the Los Angeles City Council, health clinic executive David Ryu made a promise that helped propel him to victory: He swore off campaign contributions from real estate developers.

That promise, Ryu said, was meant to reassure voters that community needs, not political donations, would guide his decisions on new building projects.

Now, with concerns over development and campaign cash taking center stage in the March 7 election, an array of candidates are embracing the same strategy as they look to topple incumbents, some of whom have a steep financial advantage.