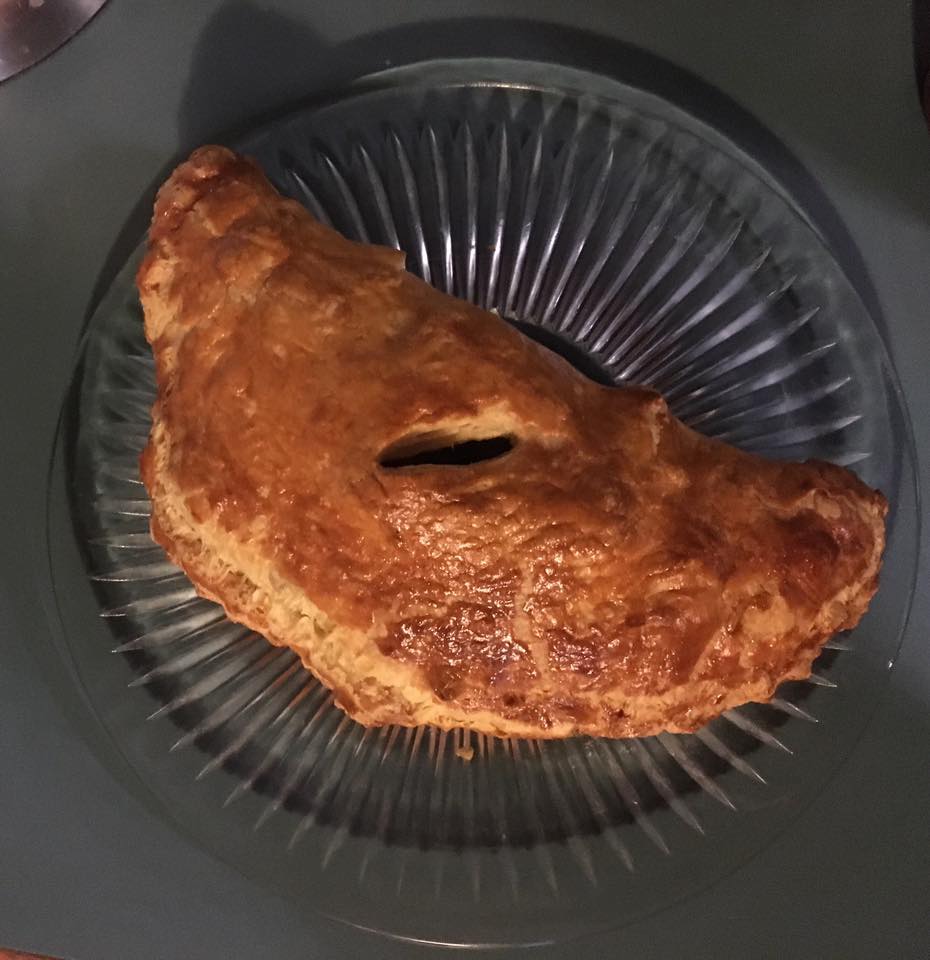 While it is true that pasties are a staple in places like Michigan’s Upper Peninsula, I’m compelled to remind the reader that my wife’s mother was born in English port of Plymouth, which lies in the English county of Devon, just across the Tamar River from Cornwall — and Cornwall is as much the heartland of pasties as Kentucky is bourbon.

In contrast to its earlier place amongst the wealthy, during the 17th and 18th centuries, the pasty became popular with working people in Cornwall, where tin miners and others adopted it due to its unique shape, forming a complete meal that could be carried easily and eaten without cutlery. In a mine, the pasty’s dense, folded pastry could stay warm for several hours, and if it did get cold, it could easily be warmed on a shovel over a candle.

I’ve often wondered why a street food purveyor hasn’t embraced the idea here in metro Louisville. To be sure, the classic Cornish pasty is blue collar sustenance, not intended for gentrification, though naturally pasties can and are being converted into hipster conveyances. In 2013, I ate a pasty with something curried inside. That’s not a Cornwall thang at all.

The real problem probably results from uncertainties in pronunciation. A pasty (plural pasties) as a foodstuff is PAH-stee, while a pasty that covers a woman’s nipples (thus enabling her to evade obscenity ordinances) is a PAY-stee. For obvious reasons, there are usually two of the latter, and thus PAY-steez (plural).

I cannot mention pasties without recommending the nine Devon locations (all on the seaward side of the Dartmoor) of Ivor Dewdney, a regional pasty producer since 1939, owned and operated by Ivor’s grandchildren. 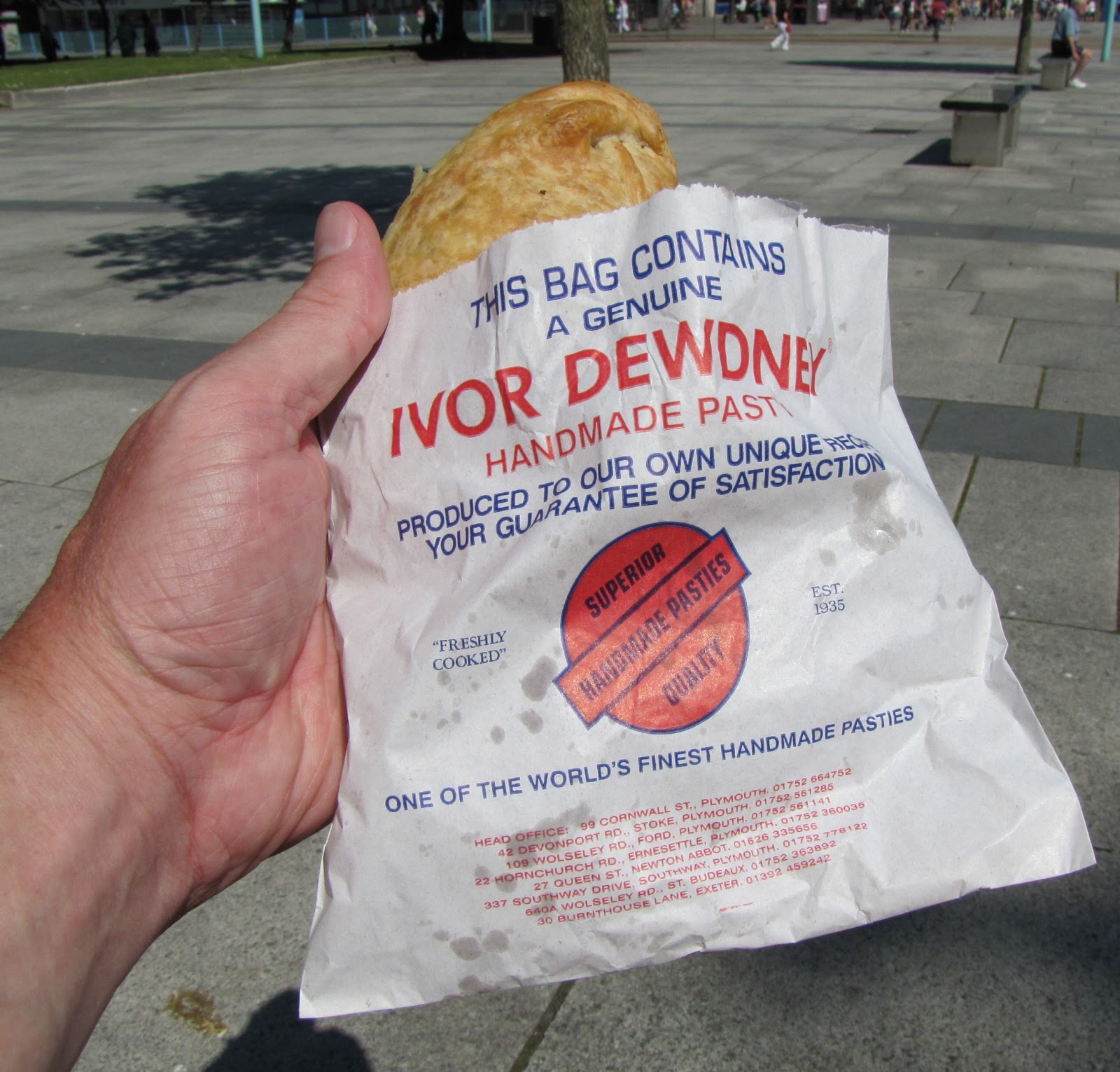