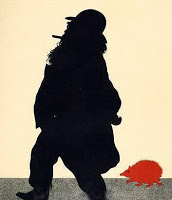 We attended last evening’s Louisville Orchestra concert at Whitney Hall, and as usual, it was stellar.

Debussy’s impressionistic tone poem long has been a personal favorite, and the other two pieces by Mozart and Brahms, while less familiar to me, struck responsive chords.

In the LO’s program notes, written by Mark Rohr, Mozart is introduced.

Wolfgang Amadè Mozart (he never used “Amadeus” except when making a joke) was born in Salzburg, Austria in 1756 and died in Vienna in 1791.

I had no idea about Mozart’s name disparities.

The 19th century saw the gradual victory of “Amadeus” over alternative middle names.

Yes, there’s always something new to learn, albeit with a twist. Returning home, I watched a brief video biography of Brahms, in which it was revealed that as a very young man, he often performed as a hired musician in bars and brothels.

Lurid stories of the impoverished adolescent Brahms playing in bars and brothels have only anecdotal provenance, and modern scholars dismiss them; the Brahms family was relatively prosperous, and Hamburg legislation in any case very strictly forbade music in, or the admittance of minors to, brothels.

Damn. Especially nowadays, there’s always something to unlearn, too.

The other lesson taught me on Saturday night is that I may have arrived at the advanced age where eating (and drinking) a meal of duck wings, ribeye steak, fixings and two classic Belgian Trappist ales before an 8:00 p.m. show featuring contemplative music from the classical realm may have ceased to be a good idea.

In short, through no fault of the music, my eyelids were heavy. I’m not sure this would had been any different had the main event been Bob Mould and not Brahms.

It’s also no reflection on the excellence of La Chasse, at which we indulged in our massive pre-concert feast. I previously mentioned La Chasse in early November.

La Chasse is hosting a Capriole Farms Goat Cheese Dinner on November 14, and you need to go.

I seldom promote events occurring across the wide expanse of water, over yonder in the big city, but this one’s special for numerous Hoosier reasons … the acclaimed La Chasse is Isaac Fox’s restaurant. Old-timers will remember Isaac from Bistro New Albany and Speakeasy.

The Capriole goat cheese dinner was superb, and so was the meal last night. Among other attributes, Isaac maintains one of the better short beer lists in Louisville. Wine and spirits are the emphasis, but La Chasse would be a marvelous venue for a paired French Bieres de Garde blowout.

If any beer reps are reading …

As a closing observation, there was a time not so long ago when the Sunday edition of the Courier-Journal, or perhaps Monday’s, would have included a review of the orchestra’s performance from the resident music critic. Even during the early 1980s when I couldn’t afford to go see the orchestra play, I’d read the reviews and try to find the music at the library. It was my learning process.

When did I get so old?