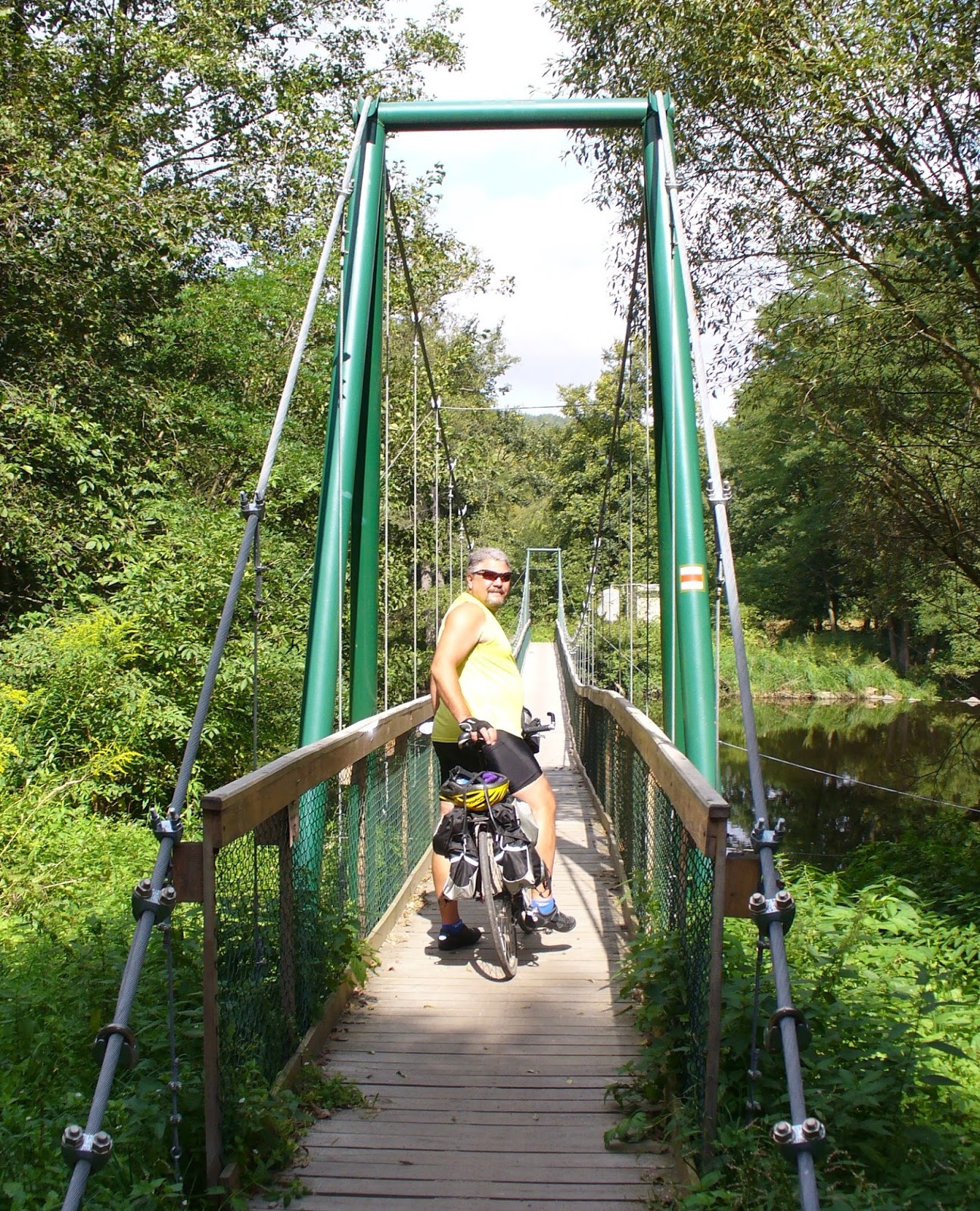 My old friend John (original designer of the NABC keg-aloft logo) recently has been writing about bicycling for LEO. His thoughts about bikes crossing bridges bring to mind my own merry band’s experiences in Europe from 2000 – 2008.

Once you’ve seen what a rational bicycling infrastructure network looks like, the situation on the new East End Long Dead Overused White Guys Bridge (what, we ran out of assassinated presidents to name it?) is cast in sharp and sad relief. There, a multi-use path essentially leads to nothing on either side, a far cry from what I’ve observed in places like the Netherlands and Germany.

In these countries, transportation is far less of a zero-sum game, where anything “given” to a cyclist or walker is viewed by the intemperate among us as being “taken away” from autos.  Rather, especially in the Netherlands, space for cars, bikers and walkers exists side by side.

Given that the most widely reported controversy on the new bridge to date has been complaints from walkers over lack of parking spaces (think about that), I feel like screaming that whatever the idiocy of the financing, we shouldn’t build this or any other bridge solely as a means of carrying cars as they move back and forth to ultimate destinations. This notion of connectivity should apply to cyclists and walkers, too.

Where and how does one continue the journey, having reached the other side?

Why We Ride: Biking Bridges, by John Mahorney (LEO Weekly)

Unless you’re spinning away in your pain cave, or you’ve been riding out of town for the holidays, then you may have heard about the opening of the brand-new Lewis and Clark Bridge on Dec. 18. This beautiful piece of multi-modal infrastructure is the most-inclusive, publicly-funded road project I’ve seen in our area. It is the first highway and bridge project to receive an Envision Platinum Award from the Institute for Sustainable Infrastructure. Among its sustainable construction practices is a wide, two-way bicycle and pedestrian path connecting Prospect to Utica, Indiana.

When I think about cycling to and from Kentucky and Indiana, I can’t help but remember all the other bridges we’ve crossed over the years. Adventurous, perilous, crowded, abandoned, remote and downright dangerous for the commuter and recreational cyclist alike. They are necessary. They are convenient. Some could be better. Some can go to hell. Some could just finally open someday.