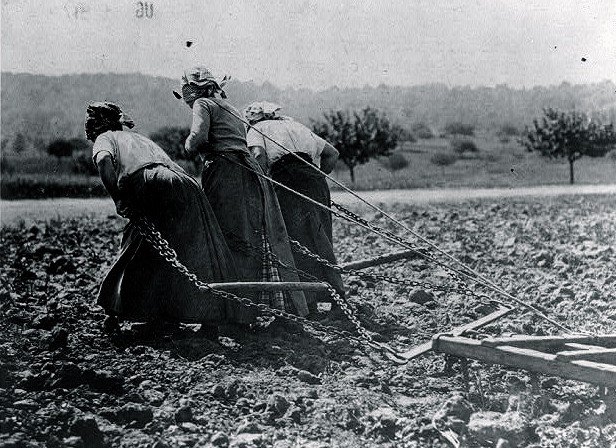 Like so many of my generation, my culinary style was created by those who scorned industrialized food; Culinary Luddites, we may call them, after the English hand workers of the nineteenth century who abhorred the machines that were destroying their traditional way of life.

She devotes several thousand words to correcting the historical record with regard to the spurious claims of the Culinary Luddites, who apparently have brainwashed the media.

Modern, fast, processed food is a disaster. That, at least, is the message conveyed by newspapers and magazines, on television cooking programs, and in prizewinning cookbooks.

The conclusion is a stirring call to arms on behalf of Culinary Modernism.

What we need is an ethos that comes to terms with contemporary, industrialized food, not one that dismisses it, an ethos that opens choices for everyone, not one that closes them for many so that a few may enjoy their labor, and an ethos that does not prejudge, but decides case by case when natural is preferable to processed, fresh to preserved, old to new, slow to fast, artisanal to industrial.

Such an ethos, and not a timorous Luddism, is what will impel us to create the matchless modern cuisines appropriate to our time.

In Laudan’s eagerness to assume the role of a foodie Ayn Rand, and conclude the exacting torture required to annihilate her straw man (really, can we equate the scattered activities of “Culinary Luddites” with ISIS or Al-Qaeda?), she skips past a major point with just one sentence.

Certainly no one would deny that an industrialized food supply has its own problems, problems we hear about every day.

Unfortunately, that’s the sum total of Laudan’s recognition of problems in the industrialized food supply. She offers no further recognition of additives, antibiotics, hormones, pesticides and other minor irritants, and proposes no solutions to problems she concedes exist, but doesn’t define.

The overall accuracy of her historical survey is rock solid, but in her zeal to crush the relatively small number of dissenters comprising the straw man, she completely ignores the 800-lb gorilla.

And while we’re dispensing cliches, remember that the devil’s in the details.

A Plea for Culinary Modernism … The obsession with eating natural and artisanal is ahistorical. We should demand more high-quality industrial food.