During an otherwise random conversation about bridge tolls, lumps of coal, the uncanny ability of Jeff Gahan to be wrong even when he’s right, or nonsensical Trumpian apologetics, eventually someone looks at me with palpable dismay. 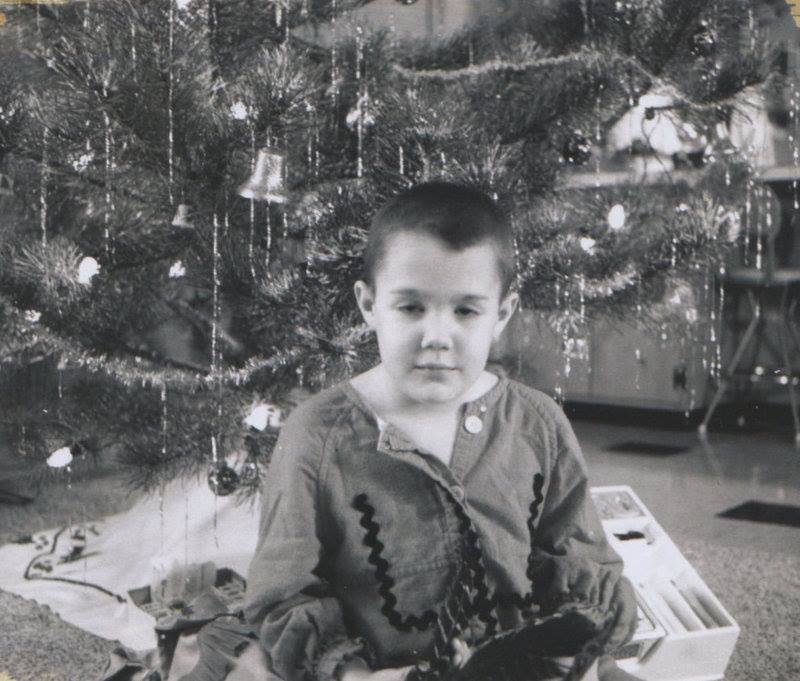 Our house didn’t even have a chimney, and you’d think this would have made me suspicious, but I was oblivious. When the shameful day of infamy arrived and my chum chided me — “c’mon, don’t tell me you still believe in Santa?” — I did much more than merely shake Santa’s grip, cold turkey, right there on the spot.

They might also be fibbing about those other edicts demanding compliance and conformity, from the civic foundational edifices of religion, patriotism and obedience, to the commandment forbidding jaywalking.

In 1991, at the age of 31, I spent Christmas in the city of Kosice — today located in sovereign Slovakia, which then comprised the easternmost lands of Czechoslovakia. It was the mid-point of a six-month stint teaching conversational English to doctors and nurses at the city’s main hospital, an experience made possible by the Cold War’s end.

Upon returning stateside in 1992, there was a brief break, and then I went back into the food and drink business, where I’ve been, left, and remain, ever since (until someone pays me to leave, that is).

Remind me to check my stocking for a money order, will you?

Grinch or not, the approach of the holiday season in Kosice proved fascinating. With no Thanksgiving to serve as mile marker, few signs were evident that that Christmas was coming until the eve of St. Nicholas Day (December 6), when children scrubbed and polished their shoes, placing them on windowsills to be filled with candy and chocolate. Presumably, bad children would receive a bundle of twigs bound together for swatting their butts … as it should be.

Shopping season? It was quite ephemeral. Surely it’s different in 2016, but in 1991, only a few understated window displays were to be seen in shops, and high pressure, guilt-laced sales tactics were nowhere to be found.

However, one necessary seasonal item became ubiquitous during the week preceding Christmas. This was carp, raised and fattened in farm ponds, not river bottoms, and brought to market in street-side barrels and oversized plastic tubs. Some buyers brought their own buckets to take the living fish home for a few days of further bathtub cleansing. Others had their purchase killed, weighed and wrapped on the spot.

Two or three lifetimes later, there was a second chance to be in Europe for Christmas. I hope it doesn’t prove to be the last.

In 2009, we stayed in a rental apartment in Bamberg, Germany, a mere stone’s throw from the Fässla and Spezial breweries. With the requisite open-air Christmas market, mulled wine and naturalistic decorations, Franconia’s version of the Yuletide season was obvious without being garish. The Grinch in me was shaken, if as yet unbowed.

On Christmas morning, we strolled through the Altstadt’s deserted streets and climbed Altenburg hill to the medieval castle, affording a sweeping view of the valley and Bamberg’s dizzying number of church spires. Most businesses were closed, but pleasingly, some food and drink purveyors were open in a city blessedly free of the archaic blue laws still existing in purportedly secular Indiana, which until 2015 prevented alcohol from being served on Dec. 25 – a purely Christian holiday. 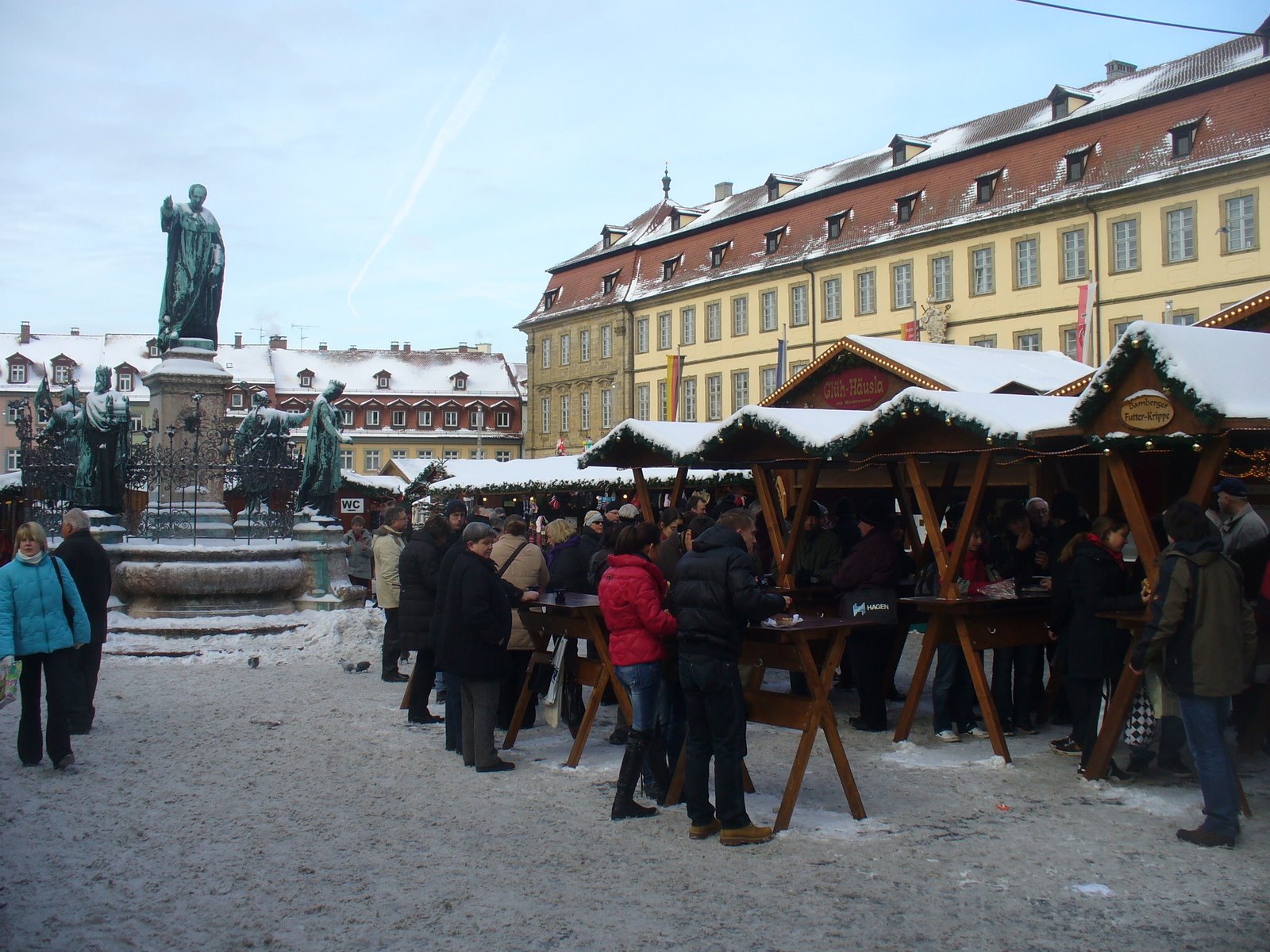 Clouds rolled overhead, and it was a bracing and exhilarating walk. Descending the commanding heights back to our riverside starting point, we passed the city museum in the old town hall astride the Regnitz and saw that the doors were open. Inside was a fine collection of 18th century Porcelain from Meissen, and one of 38 nativity scenes on display in and around Bamberg during the holiday season.

There was a Basque celebration from Bilbao, with crazy costumes, quasi-operatic tunes and the inexplicable, pre-historic language spoken by the world’s first cod fishermen. The whole time, I kept expecting a Muse concert to break out.

We watched a performance in Salzburg of Mozart’s “The Magic Flute”; snippets of a schlocky Bavarian idyll, rather like the Osmonds meeting Lawrence Welk, but in lederhösen and dirndls; and then a Berlin performance by Max Raab and the Hotel Palast Orchestra, a stagy society presence reminiscent of Joel Grey’s role in “Cabaret.”

Finally came “City Lights,” the not-so-silent masterpiece by Charlie Chaplin, without dialogue but featuring a musical soundtrack as a concession to new 1931 technology. The Little Tramp falls for a blind flower girl … and meets a drunken millionaire along the way.

On occasion, exceptions are allowed. 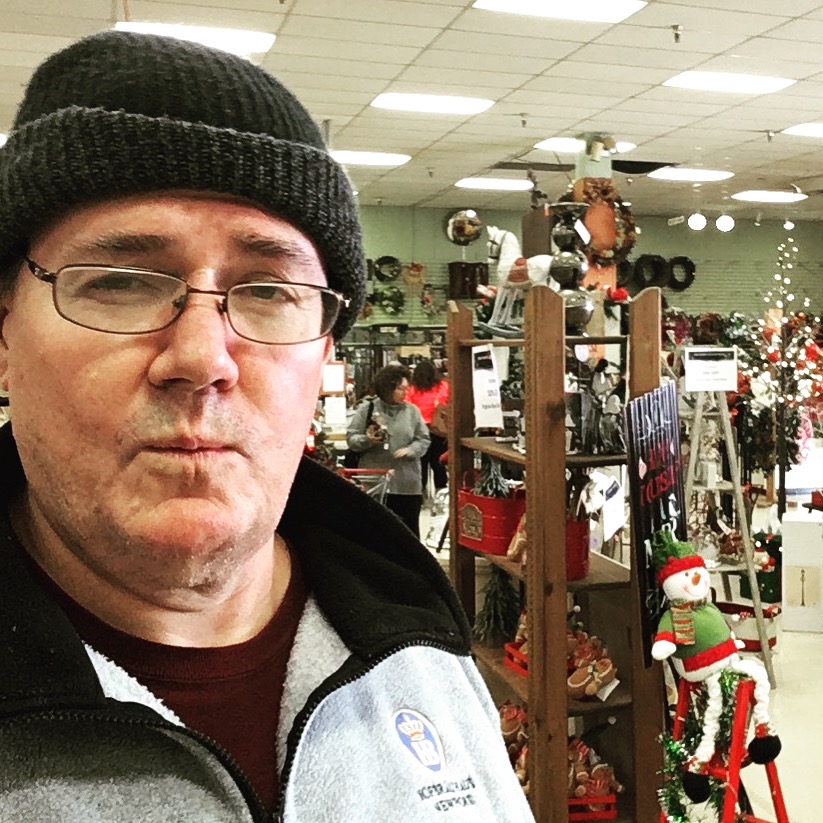 (Mick left us a few weeks back. He really did bring joy to our world).

Three decades of beer and tobacco have rendered my singing voice moot, and now I’m little more than an interpreter of songs, with the atonal wailings occurring well out of human earshot. Our three cats suffer the most.

Imperfect pitch aside, the only Christmas songs I can even tolerate are the ones we sang in choir, and the only other one I enjoy is “Fairytale Of New York” by The Pogues, with a guest appearance by the late, lovely Kirsty McColl.

I don’t “do” Christmas … but in spite of myself, the holiday occasionally provides a few pleasant memories — even if, quoting Chico Marx, some things never change, and “There ain’t no sanity claus.”

December 8: ON THE AVENUES: It’s never too late to beer all over again.