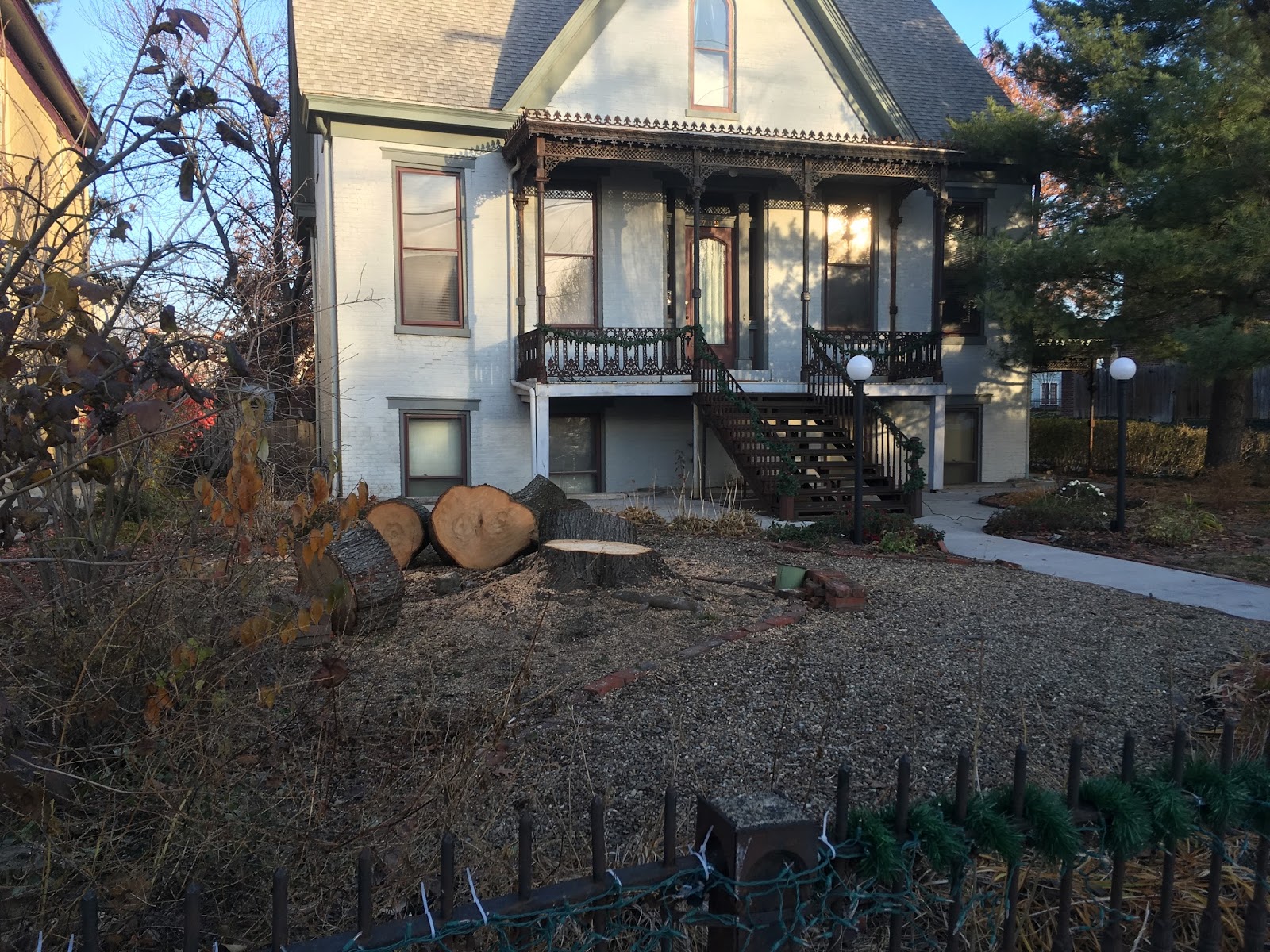 There’s nothing quite as sobering as reading the frequently recurring articles about the importance of trees, even as the mind’s eye cannot forget those hundreds of stumps produced in New Albany during the year 2016 … and knowing that the various bureaucrats responsible remain on the job, self-serving their time, sharpening axes in the complete absence of a reforestation plan — because can anyone recall a moment when Jeff Gahan showed signs of comprehending any of this?

Trees influence meteorological and climatic effects at all scales of a city, from pocket parks to entire neighborhoods. However, while research has been done on the effect of trees canopies on urban environments, in general, we are only now beginning to understand how urban canopies affect climate at all scales of the city – from an individual building to a street, park, overall pattern of land use and finally, the city as a whole.

What makes the logging mania in New Albany even more grating are events over THERE, across the river.

Adoption of such an ordinance was the very first of 41 recommendations in the 2015 Louisville Urban Tree Canopy Assessment. It was also recommended by the Louisville Metro Tree Advisory Commission, after a lengthy review of ordinances in dozens of other cities, including several in Kentucky.

“We have seen a significant loss in tree canopy in Louisville Metro and this ordinance will help focus attention on the issue, protect the trees we have and reduce the possibility of more losses,” Councilman Hollander said. “It recognizes that trees are important to quality of life and to our health”.

“Our community needs more trees, desperately. Studies have shown that it makes a difference and it will reduce the temperature in the City,” said Councilwoman Hamilton. “We need to do a better job of getting people to connect the dots between our environment and our health and this ordinance will help.”

Of course, Louisville has its own constraints against progress in the form of Greater Louisville Inc., and LEO‘s editor Aaron Yarmuth is unrelenting in exposing One Southern Indiana’s commonwealth next-of-kin for its utter fraudulence.

It is time to question whether Greater Louisville Inc., the city’s chamber of commerce, is a shell organization, a facade for opposition to progressive city government.

It does little to advance the city’s progress. It is either functioning as a conservative political lobby under camouflage, or a group blind to the realities of urban America.

GLI has a chance to prove me wrong.

It can do so by reversing its efforts to undermine science and arguing that research doesn’t justify new rules — which it did in a letter back in August, leveling baseless attacks against the findings of Louisville’s heat-management plan. Their illogical argument concluded that the study didn’t demonstrate a cost-benefit analysis for new regulations. So therefore the science is bad?

GLI — a hodgepodge group of local business leaders, not science leaders — get out of the science-debunking business. Do your job and support any proposed tree ordinance by Metro Councilman Bill Hollander, and actively market the city’s new efforts to improve public health …

… Instead of opposing efforts to save and restore Louisville’s tree canopy, GLI needs to aggressively support and market all public and private efforts. According to Forbes’ best places for business, Portland (No. 5), Austin (No. 11) and Charlotte (No. 19) all somehow lead Louisville (No. 54), despite the heavy hand of their burdensome tree rules. It is clear that regulations that improve quality of life do not come at the expense of business… and GLI is wrong …

Until then, GLI means: Get Lost Immediately.

Over here in Southern Indiana, our peculiar institution generally is referred to as 1Si, which works out to (and definitely is) One Shitty Idea.

We close with further testimony from an unfortunate reader of the News and Tribune, which to date has had almost nothing of coherence to say about Jeff Gahan’s deforestation fetish, probably because Bill Hanson keeps getting those fat city advertising checks.

However, this reader gets it, even if the journalists and politicians lag behind.

LETTER TO THE EDITOR (News and Tribune)

It is concerning to me that given all the press recently about the “urban desert” of the Louisville-Southern Indiana area, permission was apparently given to raze the area on Fawcett Hill off of State Street. Not only is this an eyesore for anyone traveling on State Street, it seems to exemplify poor planning to me.

The benefits of trees in our environment are so numerous. Urban forests absorb air pollution such as sulfur dioxide ozone, soot and diesel emission; this makes the air healthier to breathe for everyone. Having trees in a city area brings cooling relief making the city more livable. Also, trees help store water, thereby creating the beneficial effects of less flooding and less erosion.

Based on these few reasons, it would seem smart to me to keep as many old trees as possible. Why did the city/county planners allow all the trees on the property on Fawcett Hill to be razed? Perhaps it is more cost-efficient for the developers to cut down all existing growth and someday, to plant small, new trees? In one article I read, it states one mature tree can remove 70 times more pollution than one small tree. Based on this fact, alone, it would make sense to me to keep some of the old growth.

Wouldn’t it be nice for those who make decisions about our shared environment to consider all aspects, rather than just the ones that make money, enlarge the tax base, or render a project cheaper to complete?

Every person will leave a legacy for his or her children. Here in Floyd County, there are still so many beautiful forested areas. It is a treasure we have that many forget can so easily disappear.

I believe with careful planning, development of existing forested areas can be obtained while keeping many of the trees that are already there. It may cut down on a little monetary profit, but it would be a wonderful example of good stewardship and social responsibility.