When I was a kid, volcanoes fascinated me. For about forty years, the interest was dormant, but during the past year, many things have come bubbling up from the subconscious — as this link earlier in the year attests.

… Mount Etna is located on the east coast of Sicily and prior eruptions have been elevated to at least seven kilometres above the summit, mainly due to prevailing winds.

The volcano is nearly two times the size of Mount Vesuvius, and remains in a state of almost constant activity.

Amazingly the mountain grows and shrinks as the years roll by.

Recently an animation from Nasa, which captures the volcano’s activity using radio satellite imagery, went viral thanks to social media.

The natural wonder appears to ‘breathe’ over the course of a decade in the incredible video results. 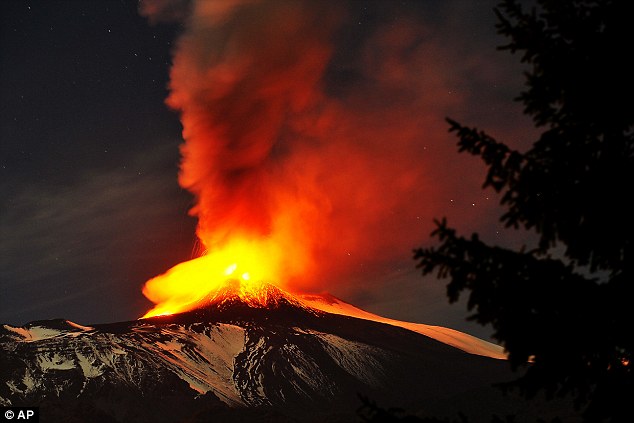